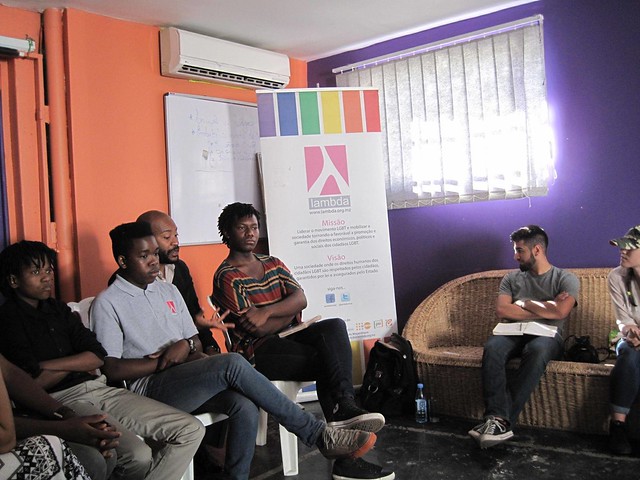 Stories about LGBTQ people in Africa, often focus on the growing criminalization of homosexuality and the increasing violence faced by queer people on the Continent. This is certainly a reality experienced by many.

But, there is also something else happening. LGBTQ organizations on the ground are resisting the violence and violation of human rights with sharp and sophisticated analyses that may hold the seeds to strengthening the LGBTQ rights movement throughout Africa and the world.

LAMBDA, an activist organization based in Maputo, Mozambique is a prime example. LAMBDA is the leading advocate for rights and recognition for the LGBTQ community in the country. Below are 4 important lessons central to their core ideology and strategy for queer liberation.

1)Reconnect to an anti-colonial revolutionary spirit by understanding current hate and violence towards LGBTQ people as a form of neo-colonialism.

Mozambique has a radical history of resistance and revolution. After 477 years of oppressive imperialism from Portugal, in the 1970s, anti-colonial activists waged a long and strategic war for liberation from Portuguese colonial rule.

Part of LAMBDA’s analysis is that seeking LGBTQ equality is a means to continue to combat colonialism, in its newest forms: the growing presence of Brazilian evangelical churches in Mozambique. These churches have taken over the space voided by the colonial Portuguese state and its Catholic church and they often spew homophobic rhetoric. LAMBDA’s work to counter this, is one way in which they resist neo-colonialism.

2) Connect the dots between imperialism, cis-hetero-patriarchy, and capitalism.

Portugal dramatically underinvested in Mozambique when it controlled the Nation as a colonial power. As a consequence, at independence in 1975, the vast majority of Mozambicans were illiterate.

To LAMBDA’s Executive Director, Danilo da Silva, the logic behind this underinvestment is clear. “Colonialism didn’t intend to create citizens. Its goal was to create bodies to advance capitalist economies.”

This stymied the population’s consciousness and the ability to critically consider social norms, including those that perpetuate homophobic ideas of LGBTQ people as being “possessed and vagrant.”

In LAMBDA’s efforts to destigmatize Mozambicans’ perceptions of LGBTQ people they offer a range of services. These include talk therapy, movie screenings, and last year, their first ever Drag Queen Course.

In the Course, LAMBDA facilitated training for 7 of their members in the art of Drag. These members now share their talents at weddings and other mainstream social functions. They end each performance with a short presentation that seeks to de-stigmatize being queer in Mozambique.

4) Push for a solidarity that means amplifying comrades’ voices.

In response to one concluding question about what solidarity with LAMBDA might look like, Danilo da Silva, the organization’s Executive Director, noted emphatically, “I am not so much a fan of people speaking for me, but amplify my voice.”

While there are similarities in LGBTQ struggles across borders, the nuance in different geographical and cultural contexts must not be ignored; rather, they must shape the way individuals fighting for queer liberation listen to one another.

Post and photo by Andrea Meza, a Mexican activist and jazz musician based out of Chicago, IL who organizes to combat anti-blackness and homophobia within her communities.