Posted March 21st 2018 at 10:12 am by Caroline Lauer
in What does community development mean to you?

A Reimagined Role: Community Development for Those at the Periphery 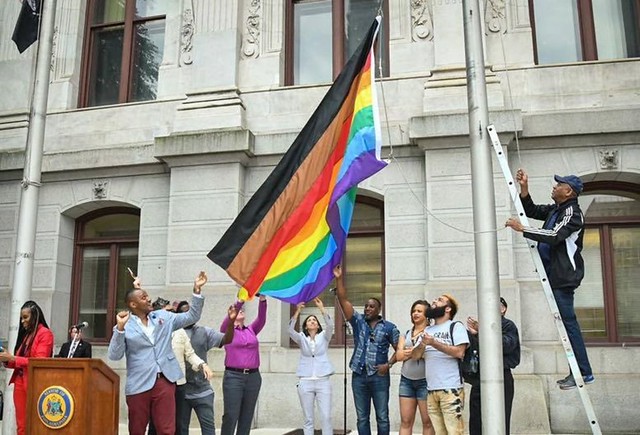 It’s one of our first dates together, and it’s a fairly typical one: Italian food and walking around the North End neighborhood of Boston. We have some time before our reservation, so we walk towards the water, hands interlocked. As we pass by a few gentlemen, they give us a piercing look. I feel the stare burn through my entire body, and without fully understanding what was going on, I feel our respective hands drop and separate. I was walking with my girlfriend, and without anything being said, there was a palpable sentiment in the air that we were not welcome. A few minutes later we pass another group of men with our hands at our respective sides, and there is no stare. With just a slight alteration we appear as two straight, cisgender women.

Community development has a myriad of meanings to me, but ultimately I think back to this moment and to Robin Kelley’s Freedom Dreams, when I consider community development’s meaning and significance. In the chapter entitled, “This Battlefield Called Life: Black Feminist Dreams,” Kelley writes that black radical feminism defines “the best interests of women as the best interests of the poorest, most insulted, most despised, most abused woman on earth.” (Kelley 139).  I transport myself back to this moment in the North End and remember how easily I could shift from an outlier to an average person. Inevitably, I think about the many people who cannot pass (a term for people who can appear to be a cisgender man or woman at a glance.) They are often the people who are the poorest, most insulted, most despised, and most abused. When I think of them, I question what the field of community development can do in this space.

LGBTQ+ individuals have historically been forced to focus on surviving rather than thriving, and the community is approaching an inflection point. There has historically been a very strong online community, providing a medium where closeted individuals could seek refuge in Internet chatrooms, but now more of those spaces are transitioning into the public realm. The focus on creating physical spaces, while important, is not enough. The Pulse nightclub in Orlando, Florida, was a cherished queer physical space, but it could not eliminate the homophobia, transphobia, and racism that led to the murder of 49 people there. Rather than rainbow flags and other signifiers of acceptance, community development practitioners must actively embrace intersectionality and work to dismantle the systems of oppression that prevent the most vulnerable populations from safe, healthy housing or a well-paying job.

Caroline Lauer is a Master in Urban Planning candidate at the Harvard Graduate School of Design studying the intersection of housing, community development, and climate planning. She lives with her partner and their dog in Cambridge.