A Soundwalk on Private ‘Sidewalks’ in Houston’s Third Ward 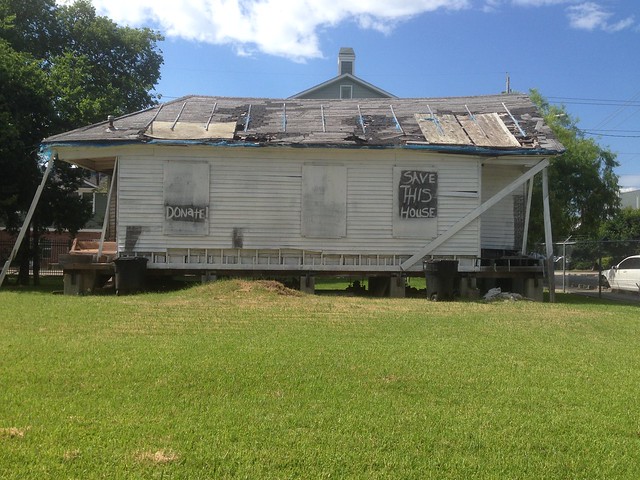 As a group of MIT architects and urban planners embarking on a collaborative community planning initiative in Houston’s Third Ward neighborhood, we elected to learn about the city using not only traditional research methodologies of data analysis and GIS mapping, but through the more sensory lens of aesthetic inquiry. We hoped that, through the experience of a sound walk and engaging with the space on a more personal level, we could better understand and address the socio-political nuances of the neighborhood in which our project is situated.

Houston lacks traditional zoning regulations. In their absence, developers are able to move quickly through construction timelines and turn over properties quickly for profit. The lack of guidelines for land-use or design details also means that virtually anything can be built anywhere. Two miles from Downtown Houston, the Third Ward neighborhood, is beginning to see signs of development pressure, gentrification and anti-social design already familiar to its adjacent neighborhoods.

Our primary project collaborator, Project Row Houses (PRH), has concerns about rising land values and property taxes. These changes are forcing many local businesses and residents to leave the neighborhood in search of land much further away from the city’s center. PRH is an art-based organization celebrating African American history and culture. They fought to preserve historic row houses (shotgun style houses dating back to the end of the American Civil War) from demolition decades ago and are particularly invested in maintaining the character of the neighborhood and ensuring its affordability for existing residents. 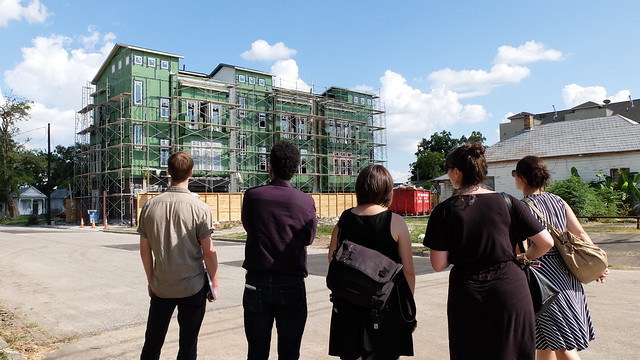 We began our walk at the intersection of Live Oak and Holman Streets accompanied by Rick Lowe, Founder of Project Row Houses. Being a hot summer day, there weren’t many people out on the streets. However, within twenty minutes, we encountered three speculators surveying possibilities for vacant, developable land. We learned through a variety of sources that the most typical type of development to occur on these parcels was 3-4 story townhouses, which could quickly be turned over for a substantial profit.

The townhouses were designed like fortresses, often without windows or front doors on the ground floor. Their only access was through a high metal fence leading to a carefully monitored garage door. One developer of these types of townhouses shared with us that she intended to “drive everyone out of the neighborhood.” We were left with the impression that the design of these townhouses both reflect a feeling of insecurity, and promote a sense of mistrust amongst residents.

We noticed on our walk that townhouses also tended to be developed without sidewalks; the primary means of entering and exiting them are by car. In Houston, unlike in the majority of other American cities, the construction of sidewalks and other elements of the city’s streetscapes are largely left to the discretion of individual property owners. They are generally, not the responsibility of the city. In many cases, this means that sidewalks are non-existent, leaving little public space for pedestrians. There is little means by which to interact outside of one’s own private car. 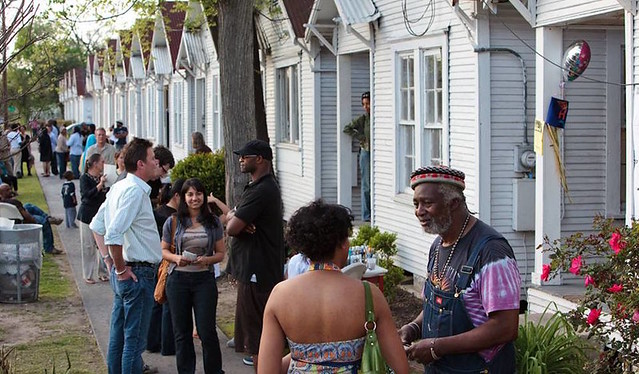 Shotgun houses, in contrast to the newly built townhouses, are designed in a way that allows for the creation of intimate, informal gathering spaces. The short distance between the street and front porches serves as a kind of bridge between the public and private realms, turning the sidewalks into lively public spaces. Historically, these paths have been sites for building trust amongst neighbors and fostering a sense of community. The generous porches too, were often populated with people laughing and sharing stories.

We moved through the residential neighborhood by Project Row Houses and on towards the commercial corridor at the intersection of Elgin and Dowling Streets. There we heard loud jack hammers drilling and construction cranes beeping in Emancipation Park. The park, was established in the 1870s by a group of local African-American churches to celebrate and honor freedom from slavery, is slated for a $33M renovation over the coming year.

We heard mixed reviews about the park improvements from local stakeholders. Some are excited about the prospect of newly refurbished recreational facilities. Others are concerned that it is going to spur further gentrification, bringing more unwanted development to the neighborhood. Their fear is that the park is being designed and programmed in a way that will make it inaccessible to the general public, particularly the residents of the Third Ward. The formerly open-air basketball courts and public pool, once crucial public gathering spaces, will be moved indoors. Users will now potentially be subject to programmatic restrictions and fees. 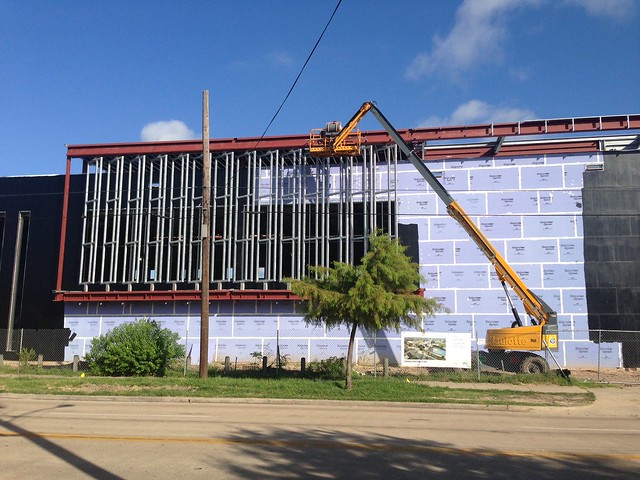 We hoped that participation in the sound walk would enable us to better understand what the terms “cultural heritage” and “community preservation” meant to people in the Third Ward. They were concepts we had tried, with limited success, to elicit details about during our meetings with stakeholders. Perhaps this is because so much of what shapes one’s sense of place involves the unspoken – the familiar scent as you pass your favorite restaurant, the gentle breeze as you swing with a grandparent on her front porch seat, the chatter among neighbors as they empty out of church, the people themselves and their stories. These shared experiences and the cumulative sense of community they create are therefore difficult to articulate in words. How can one describe an infinitely complex web of connections, institutions, traditions and relations?

As we turned onto Hutchins Street and back towards Holman, past many new townhouse developments, dilapidated row houses, and vacant parcels waiting to be claimed, we realized it will be a matter of weeks and months—not years or decades—before the face of the neighborhood begins to shift dramatically. It will take significant coordination and political will on the part of local stakeholders to determine what should be preserved and what can be saved.

Listening later to our recordings, we realized that what we didn’t hear on our walk was as important as what we did. In the absence of many of the Ward’s former residents and the growing presence of a new private world turned inward, the foreboding sound of birds chirping amidst the largely barren landscape was an important lesson about the urgent work that lays ahead. 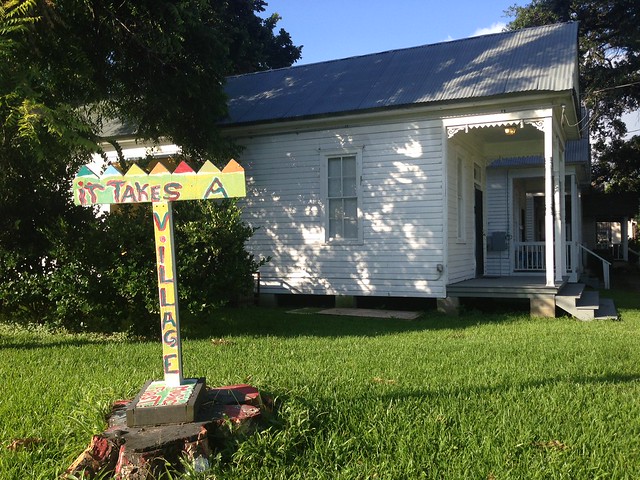 Sign Outside of a Row House Incubating a Local Radio Station, All Real Radio

This is one of many posts where CoLab Radio contributors take readers and listeners on a soundwalk in their city. Read and listen to the previous soundwalk in the series from Minneapolis, Minnesota here. If you’d like to submit an example from your own city, see the easy steps here.