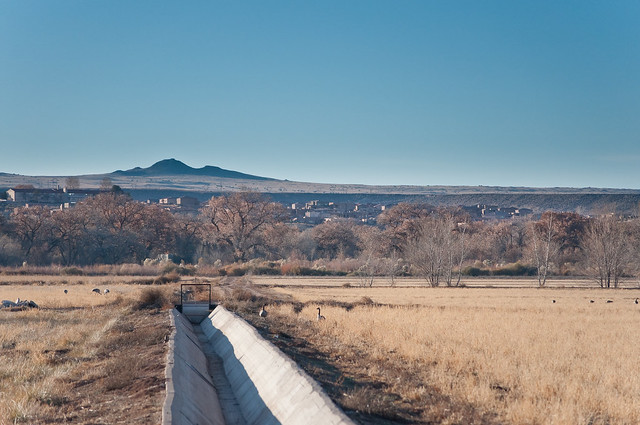 The Acequia Madre flows through Santa Fe, a neat and quiet channel edged with stone. In drought, the water is low and brown; after storms, it runs fast and full. The name comes from the Arabic ‘as-sāqiya,’ “she who bears water.” Thus, Acequia Madre is the mother acequia: a simple downhill irrigation ditch, a vital and ancient vessel for water, culture, and tradition in northern New Mexico. “You don’t just have a ditch,” said Hadley Arnold of the Arid Lands Institute in an interview with

Smithsonian, “you belong to an acequia.” The acequia, in turn, belongs to the land—and the water in it, whether plentiful or scarce, belongs to everyone.

“For generations,” it is written in the 2010 Declaration of Core Values by El Congreso de Las Acequias, “the well being of our communities has been sustained by sharing for the benefit of the common good, a tradition known as the repartimiento. Through our acequias we have shared scarce water, between our families we have shared food and seed, and through our labor we have helped one another.” It is a system based on the herencia of a land-based people.

The acequias are communally owned and cooperatively maintained. Each acequia has a mayordomo, an elected commissioner, who is a respected and trusted member of the community. Each parciante, or member of the acequia, gets one vote. The mayordomo is the steward of the acequia. He watches the water level, watches the field, watches the parciantes, and ensures that the fields are irrigated fairly. He decides when the water flows, and to whose fields, and for how long. Water rights remain connected to the acequia, and can not, in accordance with tradition, be separated from the land.

“We view water as a don divino or divine gift from God,” states the third core value of the Congreso, “and as a common resource that sustains all life. Making a profit from selling water rights is a form of disrespect to our ancestors, our core values, our way of life, and our children and grandchildren.” 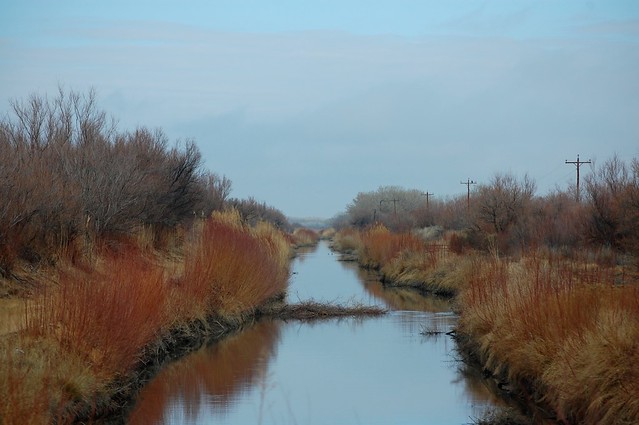 The Islamic “right of thirst” teaches that no living thing that thirsts should be denied water. It is written in the Talmud that “Rivers and streams forming springs, these belong to every man.” Acequias belong to this tradition: they are, as Paula Garcia wrote for Commons Magazine , “a natural outgrowth of the commons worldview that water is a community resource… based on the fundamental principle that water [is] essential to life and must be shared for the common good.”

Western water law, in opposition to most ancient or indigenous traditions, especially those rooted in arid regions, considers water a commodity, something to be sold and controlled according to the principles of economics. In the 1980s, as the population of New Mexico grew, and people left rural areas for cities and suburbs, acequia associations were pressured to transfer their water rights to developers. The associations fought. That water was vital to their livelihoods and communities, they said. The acequias were their heritage and sustenance, and “the pressures to move water out of agriculture threatened to unravel acequias and the fabric of [acequia-based] communities.”

Some would say the unraveling began long ago. The acequia system was born to a culture of common ownership, part of community land grants under Spain and Mexico. Garcia notes that “Families owned their suertes (the lots that comprise today’s small-scale farms and ranches),” while the remaining land—vegas and montes, meadows, wetlands, and mountains—belonged to the entire community. After the U.S.-Mexican war in 1848, “the vast majority of mercedes, or common lands, were expropriated through privatization or incorporation into federally owned lands. This loss remains vivid in the collective memory of the Indo-Hispanic people of the region.” 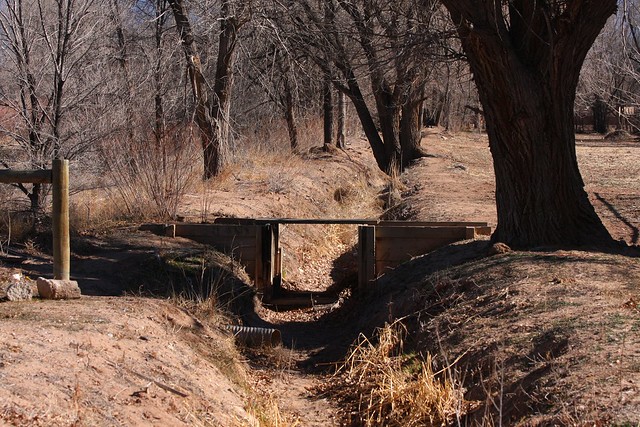 And perhaps the loss is more than just a memory. Certainly these communities, divorced from their agricultural heritage, have changed shape. Census data from 2008 to 2012 show 19.5% of people in New Mexico living below the poverty level. One third of counties in New Mexico are designated as having “low food access.” The Food Gap Task Force reports that “many rural residents drive as far as 70 miles each way to access the closest full-service grocery store. People that do not have automobiles or are not able to drive often pay friends or relatives to drive them to the store or may be forced to hitchhike.” The non-profit Farm to Table found that “the same basket of food that costs $55 in an urban store costs $85 in a small-scale, rural store.” Meanwhile, acequias crumble. Where traditional irrigation channels once sustained bosques of cottonwood and wild rose, the ground is eroded. Where water seeped into the uncemented banks of the acequias and recharged groundwater aquifers, the earth is dry.

This is, after all, a desert. But that doesn’t stop the farmers in Nambé or the gardeners in Santa Fe. It didn’t stop the pueblo Indians or the Spanish colonists. This climate favors smaller-scale farming, dryland techniques and careful planning. The necessity of water and the fragility of the landscape were constraints that shaped the farming communities of this region—informing their values as well as their geographies. And the values are lasting. A friend in Española described to me sacando la acequia, the annual cleaning and repair of the acequia. It happens one day in the spring, and anyone whose land the acequia runs by is required to be there. “They’re happy to do it,” this boy told me. “Everyone is happy to do it.” People believe in the acequia as a life-giving force, as the groundwork for community. This belief, reinforced over generations, is imbued with hope.

Hope and idealism are reflected in the concluding declarations of the 2010 Congreso. “We believe that we have the power to grow our own food locally… and that this local food should be available and affordable to all our families, not only the wealthy.”

“We believe that our ability to grow our own food with the water from our acequias, the lands of our families, and the seeds of our ancestors make us a free people.”

“We believe that our acequias will remain resilient by remaining rooted in centuries of traditions while also involving new community members who embrace the culture and customs intertwined with our acequias.”

And, ultimately, “We seek to strengthen and revitalize our acequias so that we can build vibrant and healthy communities in which we grow more of our own food and we govern and manage our waters for the benefit of our communities.”

For hasn’t acequia culture always been grounded in community, in the ideals of equality, cooperation and conservation? The laws that govern acequias reflect the importance of water in the high desert. Here, water is life. Its path is sacred. Water flows through the acequias; its levels rise and fall, it is diverted here and there, runs through fields and cottonwood groves; finally, it is returned to the river from which it came. Like life, it belongs, rightfully, to everyone.

2 responses to “Acequias: Sharing Water in an Arid Land”