Posted May 4th 2017 at 8:36 am by Chelsea Barabas
in Alternative Futures 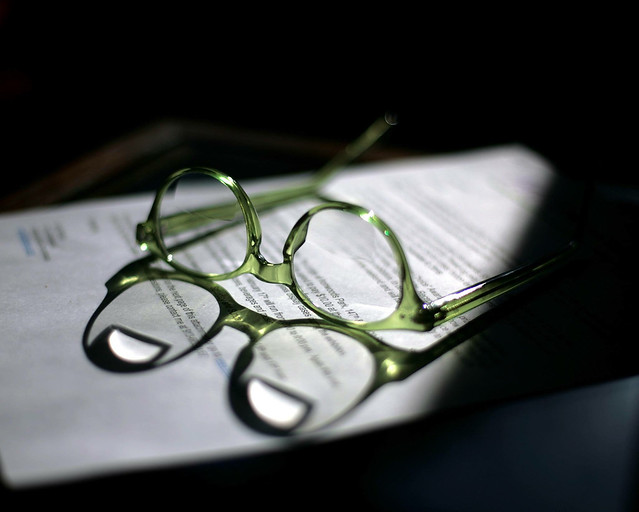 Business was slow at Gatlin and Associates. Bo Gatlin sat alone at his desk, absently chewing on the insides of his cheeks as he gazed out onto the lugubrious stream of foot traffic flowing in and out of the Casper County Courthouse. Once a bustling civic center, the Casper townsquare looked like a fast fading memory of better times. The primary colors of Bo’s stiff cardboard advertisements stood out against the backdrop of peeling paint and corroded historical markers:

Gatlin & Associates
We work for YOU
Free consultation for independent contractors

Don’t tread on my insurance!
Gatlin & Associates has your back

When Bo started his insurance business twenty years back he’d thought of it as a temporary fix, something to get him by until he figured out what to do next. But selling insurance had turned out to be a surprisingly good fit for a man who liked telling people they were wrong, while simultaneously helping them out of a pinch. Plus, the money was good and he got to be his own boss. At fifty nine years old, Bo was done accommodating small timers who thought they were hot shit.

But the work was much less fulfilling these days. Free market fever had swept the country in the last election, and Bo had watched despondently as all the progressive policies that had given him so much business in the early days were steadily dismantled by the new Administration. These days his work was comprised mostly of explaining to overworked people, folks with no time and even less money, why their government had failed them, while simultaneously searching for some small loophole, some fact that could be stretched, some data that could be manipulated, deleted or accumulated in order to give them a shot in the “open marketplace” they were now living in.

Bo scanned the pile of pending applications he had yet to enter into the system. Most of his work was processed digitally, but he preferred to think on paper. All the cases were of people who had somehow fallen through the cracks. Some didn’t make enough to qualify for a bloc. Others had a bit too much of something — they were overweight, had too much debt, a few too many bad habits or high-risk relatives.

“And most of them probably voted for the assholes who are screwing them over now,” Bo’s concern soured into disdain. He was tired of working for people who didn’t know how to vote in their own self interest.

A bell tinkered in the doorway.

A young woman dressed in a baggy t-shirt and bootcut jeans stood at the entrance of Bo’s office, “Are you Mr. Bo?” she asked, self consciously pulling her stringy hair back into a low ponytail as her eyes scanned the framed certificates on the wall.

“I been kicked off my network. Mr. Sheffield said you could help me sort things out. I can’t be without insurance for too long. I’ve got three little ones at home and their daddy isn’t any help so we have to…”

“Alright slow down, I’ll need some basic information to get you started.” Bo cleared a stray newspaper off the seat nearest to his desk and motioned for her to sit down.

“And your employer is Mr. Sheffield? Over at the Whataburger on 69?”

Bo paused the scribbles on his notepad to glance up at the young woman sitting in front of him. She gave the impression of a slightly deflated balloon. The skin was puffy around her eyes and hands, even her wrists. Her ample breasts melted into the soft bulge of her belly and stray strands of grey frizzed out from the matte brown ponytail she’d twisted behind her head.

Felisha was probably a decade out of highschool, but she could have been forty-five.

Could she really be the same age as Cat?

Pride ballooned in Bo’s chest as he thought of his daughter Catherine. Not only was she beautiful, but she was smart. Like slap you in the face prestigious smart. Bo could hardly help himself from telling every Tom, Dick and Harry who waited on him at a restaurant or changed his oil at the gas station about her. He’d manage to sneak it in with a passing comment about the weather.
“You seen the weather up there in Massachusetts? My daughter’s up there right now, buried in two foot of snow. She went to Harvard. For all those smarts, you’da thought she could pick somewhere more live-able to live, am I right?”

Bo was on the point of asking Felisha if she knew Cat from high school when he remembered the time. He glanced at his watch. It was already half past one and Pat was nowhere to be seen. That boy always had a way of disappearing at the most inconvenient of times. He’d have to handle Felisha’s details himself before getting out the door.

“So you said you have three kids?”

“And the father? Are y’all married? What’s he do?”

“We split up a few years back. But he still lives with us, when he’s in town. He’s supposed to pay child support but he can’t hold down a steady job ‘cause of his condition.” Felisha was in the middle of explaining her ex-husband’s struggle with mental illness when the front bell rang again.

A lean young man in a slightly oversized dress shirt and khakis sauntered through the door. He was extremely freckly, even his knuckles were speckled.

“Where you been? I needed to leave twenty minutes ago,” Bo scowled.

Pat raised his hands defensively as he crossed the room to the desk beside Bo. “Man, I was at a meeting and Joe was acting on edge. You know how he is. I couldn’t leave him all by hisself to close up.”

It was an excellent excuse. How could Bo argue with that? After all, he was the one who’d first taken Pat to Alcoholics Anonymous, once he recognized the tell-tale signs in Pat’s bloodshot eyes and frequent sick days. The church where they held their lunch meetings three times a week had been growing increasingly reluctant to host them after the group had forgotten to properly lock the doors to the chapel on a number of occasions.

“Well, I have to run. Cat’s flying in tonight and I need to go pick her up.”

Pat’s eyebrows raised, “Cool. What’s she coming in for? Thanksgiving?”

In all honesty, he had no idea why Cat was coming to town today. It was still a few weeks before Thanksgiving. But he’d gotten a call from her late the night before asking him to come pick her up from the Houston airport this evening. Before he could inquire further, Cat had managed to tie up the conversation with a “Thanks Dad, I’ll email you my itinerary. Love you!” Click.

“Can you please take care of Felisha here? She’s been booted from her network. I suspect it’s because her income to dependent ratio is insufficient. See if you can’t do something to create some distance between her and her ex-husband, named…” he glanced down at his yellow legal pad, “Roberto Sanchez. Sounds like he was out of the house long before they were legally divorced. See if you can dredge up some kind of proof of separation… geo-spat data or arrest records that put him in another county. Then we can establish Felisha here as the primary caretaker for the last three years.”

Bo looked back to Felisha as he stood up from his desk, “Can you get us copies of Roberto’s prescriptions, sweetheart? That can’t hurt. We might be able to petition a transfer for him to dependent status.”

Pat was already transferring Felisha’s details into the system as Bo walked out the door. He would have to hurry if he was going to tie up all the day’s loose ends before hitting the road to Houston.