Posted February 14th 2017 at 8:49 am by Lawrence Barriner II
in Alternative Futures

This piece is the beginning of a sketch about the social, cultural, and economic impacts of a more highly specialized “responder” force in place of the emergency responder entities of today’s police, fire, and ambulatory services. 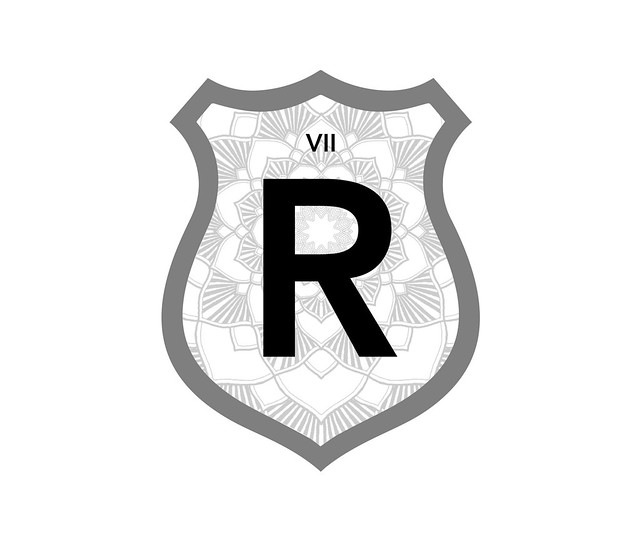 Yesterday was my first day on the job. It wasn’t so bad. Things have been pretty slow for the Responder teams at night since the ministry of RecDru (recreational drugs) reclassified everything as non-recreational. Well, everything except for marijuana, obviously.

When I came on shift, I met my team for the week. Two folx, one empath and one seer; one looked around 20 and the other in their 60s. Having just turned 42 and clearly being physically the largest, I was the force on the team. Fine by me. It was almost never necessary so no big deal.

We introduced ourselves and then opened the door to our capsule, capsule VII. The nine other teams on for the night were doing the same. We climbed into the little spherical pod and strapped ourselves into our seats. Right on time, 22:00, the capsule doors closed. I double-tapped my badge to clock in.

I had just gotten comfortable in my seat and opened my great grandmother’s memoir when I felt our capsule buzz. Of course we were the first to get summoned to a scene. Of course. I put the book under my seat and held onto my armrests for dear life.

When our capsule finished teleporting (something I may never quite get used to), my two teammates were already scanning the scene. The empath reported that there was a lot of fear and anger floating around. The seer closed their eyes and told us that there were only four people on the scene: two very young people and two people in their 40s. Parents of the young ones. Probably.

I stood up, opened the capsule door, and hopped out.

Thankfully, I had been brushing up on my healing. As soon as I landed, I felt the sting of two bullets. Party.

As I focused on forcing the bullets out of my back, I yelled for the seer to direct me to the young people. The empath confirmed that they were also the primary sources of fear on the scene. I ran over, scooped them up, and got my first good look at what was going on.

Two men standing at opposite ends of a long room were yelling at each other; both had guns. While cradling the young ones, I realized they were both sobbing. I didn’t totally know what to do, but I knew I wanted to get them out of there. Given the gun presence, I did what I know best; I told them I was sorry and then pressed one thumb into each of their foreheads. They glowed for a second and then vanished as I sent them to the safe house. Maybe that move would earn me a little bit of a bonus in my next check…

I stood up and asked the two of them calmly but forcefully what was going on. The man who fired the first two bullets shot me a third time. Why?

I ran over, crushed his gun with my hand, and shouted to the capsule that we needed to summon a negotiator, two mental supports, and a healer. Then, as calmly as I could (which wasn’t that calm), I asked him to tell me what was going on.

I yelled across the room and asked the other guy if that was true.

“That’s right I won’t! He shows up tweaked and high and wants to ‘take them off my hands’. The last time he came to do that, he ‘ported with them and they landed in a tree because he couldn’t even think straight. It took me an hour to get that pod out of the tree that day! No way am I gonna let him screw up again and put our kids into another dangerous situation. No way, no how.”

At the time, I thought that sounded like a pretty good reason to withhold kids from a co-parent. I asked the guy I was standing near how things got to be like this. Why was he taking drugs and putting his kids in danger?

For the first time, he looked me in the eyes. He was shaking. I hadn’t noticed before. Shit. I don’t have training for this I thought…

Thankfully, I heard the loud vacuum pop of the support pod arriving. After getting briefed on the scene by my teammates through the interpod comm system, the two mental supports hopped out of their pod and split up, one to each man in the standoff. In training we learned that things go better when these types of conversations happen one on one so I walked away to let them do their jobs.

I relaxed a bit and as I reached up to stretch I painfully remembered that third bullet. Ugh. I walked over to the second pod and stepped in. I apologized and told the negotiator that I didn’t think the scene needed them anymore. Things were less intense than I read initially. I sat in front of the healer and as their eyes closed, my shoulder started to feel warm. I love a good healer. My healing skills are still too low level to feel good, but I’ll get there.

Anyway, other than that first incident, it was a pretty calm night. We only had one other fairly innocuous call on shift, but I did get to smash another gun! If I get up to 100 in my first year I get a giant bonus. Fingers crossed for that. I could really use the extra resources…

One response to “Alternative Futures: The Responders”