Posted May 16th 2018 at 8:10 am by Ciara Stein
in What does community development mean to you?

In a 1987 report to the Ford Foundation, Neil Pierce and Carol Steinbach write that Community Development Corporations (CDCs) “have become a major component of corrective capitalism; in this free-enterprise nation they are finding ways to open doors to classes and individuals otherwise excluded from the American dream.” The report goes on to praise nonprofit organizations for moving away from the “radicals storming city hall” in the 1960s to “sophisticated” organizations that partner with government, and private foundations and corporations. There is real value in providing opportunities in the face of the multifaceted dimensions of institutional inequality and poverty, but we must also question the systems that have developed and maintained these issues. With the increasing professionalization of the field, community development can become more about securing funding for non-profits and applying short-term fixes than about working towards long-term, sustainable change.

In Spring 2017 a national community development funder published an editorial on its website that applauds a project managed by a CDC in New Orleans. The piece – ascribed to that CDC’s CEO – fervently advocates for the development of affordable housing in concert with the development of community networks and supportive services. Woven into the text are figures showing the economic investment in the target neighborhoods, numbers of stakeholders involved, and biannual data collection efforts. The numbers are supported by more qualitative observations on the program’s structure, stating it is a “diverse coalition of residents, businesses, developers, funders, service providers, faith-based groups, schools and universities and government agencies who have a long-term interest in the viability of these historic neighborhoods” and that its relevancy is maintained through “consistency in its meeting format and continued outreach as the neighborhood evolves.” From the description, the program seems innovative and inspiring.

While exalting long-term interest and consistency, the piece fails to mention that at the time of publication the coalition had not met for five months. The program ended following the loss of funding and a decision to deprioritize community development in the organization’s sustainability planning. The editorial piece, and arguably the program as it neared its end, demonstrate a marketing strategy for a CDC competing for funding.

The increasing professionaliza­tion of the field can result in structures that answer more to exclusive groups who control power and money than to the communities they claim to serve. Given reliance on competitive philanthropy and scarce government funding, CDC’s and other nonprofits can prioritize their more profitable programs over less profitable ones in search of maximizing resources. In the case of CDCs that engage in both construction and wraparound services, such as youth programming, workforce development and civic empowerment, the former can take precedence over the latter. Covering construction costs is important but it fails to address the systematic causes of inequality, economics and politics.

Furthermore, a pervasive lack of resources for CDCs means that when community services do exist, they are often staffed by short-term fellows, leading to high turnover rates and program stagnation. In New Orleans, many of the entry-level community development positions are taken by newcomers who, despite their best intentions, come to these positions with little-to-no community knowledge and sometimes from different socio-economic and cultural backgrounds from those they are salaried to serve. This isn’t intended as an indictment of the people who fill these positions, including myself, but of the system in which we are working. 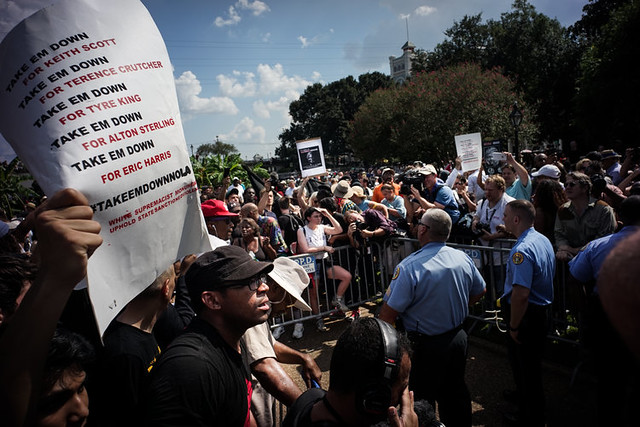