Posted September 30th 2014 at 10:53 am by Piotr Rajchert
in Tracing Toronto's Immigrant Cultures 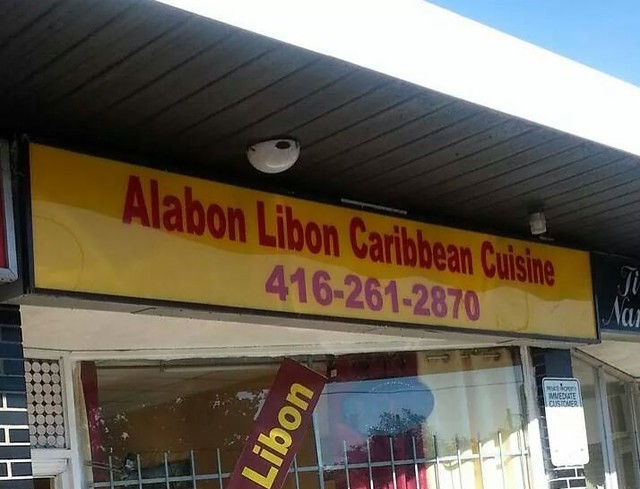 In my previous post I shared how stories from my native Warsaw propelled me into a closer bond with Toronto, my adopted home. In this post we will discover bursts of my wife Sandra’s Haitian culture in Toronto’s nooks and crannies and all the good things that that Caribbean nation represents. The story begins in Montreal.

I remember the cardboard box full of mangoes, large beautiful fruits, fragrant and glowing red, golden and green. The older uncles and aunts from Montreal, New York City and Orlando treated these fruits with a certain fondness because I think they triggered memories of their old lives in Haiti. These fruits had around them the aura of home.

In Montreal, with a little effort, one can capture the essence of Haiti by mingling with around 100,000 Haitian compatriots. Sandra and I as well as her parents and two sisters Stephanie and Joanne were in Montreal on this particular occasion for the funeral of great-uncle Raoul. At his wife’s home in an older residential area of the city, the Creole flowed as freely as the tears and laughter, all marking the strengthening of familial and cultural bonds. I felt that we needed to capture as much of that aura of Haiti as we could and bring it with us back home to Toronto.

On our drive home to Toronto, I noticed the country’s presence in Sandra’s father’s van when at a rest area we opened up a treat packed by one of Sandra’s aunts. It was a packet of lovely cashew chicken drumsticks. This is a traditional dish in Haiti and one of my favorites.

To suggest that the spirit of Haiti is not alive in Toronto would be misleading.  Take for example our recent discovery of a new Haitian restaurant called Alabon Libon on Kennedy Road. Leaving Highway 401, we drove south on Kennedy for many minutes, passing malls, apartment buildings and stores. We drive for so long I asked Sandra if we by chance had not missed the place. But then a moment later there it was, a small window-front in an aging grayish-black strip mall. The area was by no means lovely. Inside, the tables were neatly set and the service kind and generous. We ordered several dishes to take home, some rice and bean sauce, fried plantains and griot, a seasoned fried pork with scallions and peppers. The food was delicious. I was struck by the immense effort the employees at Alabon Libon were making in order to leave us with a positive memory of the restaurant.

When more recently Stephanie and Judy, the oldest of Sandra’s sisters, went to a concert at the Macedonian Banquet Hall on Overlea Boulevard in Midtown Toronto to listen to the Haitian band Djakout Mizik, the community once again coalesced in a physical space. Judy and Stephanie and a crowd of over 100 people (some of who were not Haitian) delighted in the konpa music that brought them to a cultural experience from the Port-au-Prince suburb of Carrefour.

Experiences like musical shows and delicious meals as well as exposure to the Haitian community show individuals who know Haiti only from images of poverty and violence on television that the country abounds with a rich and complex culture.

This post is part of a series the author is writing on Tracing Toronto’s Immigrant Cultures.