“In January 2016 we launched a mapping of wealths, poverties, desires and aspirations in the neighborhood. It comes from the collective need for the presentation of both the potential and the challenges of the periphery – different from the reality presented by media and the conventional academy. It is a map that aims to generate space for thinking of actions where the community is the protagonist.

Today more than ever we need this kind of research, given yesterday’s Diário do Nordeste article which highlights data showing that 72.49% of the working age population in Conjunto Palmeiras are illiterate or did not complete elementary school and only 0.60% have obtained higher education. This information presents an incomplete reality of the neighborhood, which demoralizes the local population and does not contribute to finding solutions…

We are proposing a process to create solutions based on the collective experience of the neighborhood, and its ability to be an engine of innovation itself.”

– Excerpt from statement released by PalmasLab in response to local news article on socio-economic disparities in Fortaleza, Brazil

PalmasLab is a research and innovation group that is situated in, and serves, the community of Conjunto Palmeiras. Located on the periferia (periphery) of Fortaleza, Brazil, Conjunto Palmeiras is often portrayed in the media as having high rates of violence and low levels of development. The team at PalmasLab believe that narratives like these have power, and can shape the way that people view themselves, their communities and their capacity for change.

Through community-led research, the team at PalmasLab aims to reclaim the power to define the problems facing their community, and to use this information to provoke action. As Luiz, a member of the PalmasLab team and resident of Conjunto Palmeiras explains, “We are the closest to the problems. We understand better than anyone what’s happening here. We’re capable of best identifying the problem; we’re capable of communicating best with our community because we’re a part of it.”

Through collectively asking questions and producing information about the place that they live, the PalmasLab team hopes to push back against static, negative stereotypes and facilitate a process through which residents can begin to see the community as a setting for transformation.

These motivations underpinned the development of the team’s inaugural research project in the summer of 2015: a mapping of the wealths, poverties, desires and aspirations of community residents. Through a participatory action research (PAR) process, CoLab Research Associate Alison Coffey and I worked with the team to develop a research concept and methodology. The starting point for our process was a collective recognition that existing methods of measuring community development – based on material wealth and poverty alone – painted an incomplete picture of the neighborhood. Underlying our initial discussions was the team’s desire to think critically about the notion of poverty. As PalmasLab team member Erberson explained, people in the Conjunto Palmeiras are told – and often tell themselves – that they live in poverty. “What is poverty for us?” he asked, “we live in poverty but we don’t reflect on it.”

Our consensus that poverty in Conjunto Palmeiras could not be understood purely in material terms formed the foundation for the development of a unique conceptual framework that would guide the rest of our research. Through brainstorming, dialogue and debate as a team, complimented by focus groups with representatives of different facets of community life, we identified a set of material and immaterial wealths and poverties existing in the community: knowledge, health, infrastructure, mobilization, identity, leisure, economy, culture and security. We determined that the absence of, or lack of access to, each wealth identified could also represent a form of poverty. As PalmasLab team member Luana explained, “Today the types of poverty we experience can be intellectual, cultural. And these can also be wealths – they can represent both poverties and wealths, right? It’s important for us to map these, because in many cases, wealths like intellectual and cultural wealths don’t necessarily rely on money to develop.” 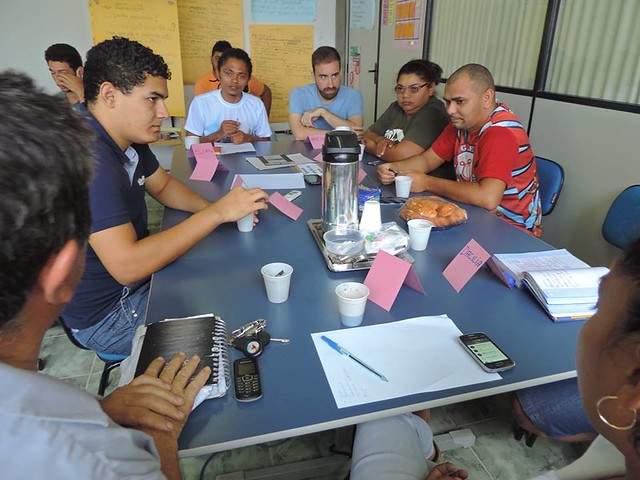 Based on the framework, we created a survey to assess how residents experience wealths and poverties, to identify individual desires and aspirations, and to explore connections between these. In January of 2016, the PalmasLab team led a group of 35 local youth in carrying out this survey in over 200 households across Conjunto Palmeiras using PalMap, a digital survey application developed in the lab. In addition to the data it provided, the survey process itself acted as a catalyst for dialogue and reflection between the student researchers, residents and the PalmasLab team (described in greater detail in the next post in this series). 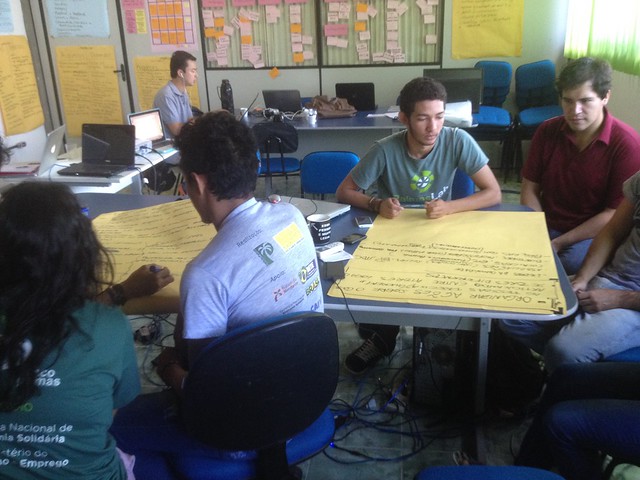 PalmasLab does not contest the fact that inequality in Fortaleza exists, and that it has pervasive impacts in the lives of city residents. Nor do they believe that communities on the periphery such as Conjunto Palmeiras should be solely responsible for solving the problems they face as a result of this inequality. What the PalmasLab rejects is the idea that outsiders should be the ones to define these problems.

By creating their own framework for exploring the dynamics of the place they live, the team asserted their right to research and led other community members in doing the same. In the process, they engaged in critical reflection about concepts that are often presented as universal “truths:” if incomes are low the community is poor; if the crime rate is rising the community is violent; if educational attainment is lagging the community is ignorant; and if all of this is true the community must be underdeveloped. As PalmasLab suggests in the statement that opens this post, this kind of discourse can be disempowering and detrimental for imagining alternatives.

Rather, by engaging in a systematic process of inquiry and dialogue that began with the PalmasLab team and expanded to include increasing numbers of community residents, new truths about Conjunto Palmeiras were brought to light and future trajectories for action identified.

This post is the first in a four-part series, published weekly on Mondays, based on Jenna Harvey’s master’s thesis, “Deepening Democratic Capacity through Collective Inquiry: Community-led Research at PalmasLab.”