Posted September 7th 2016 at 1:50 pm by Rani Allan and Husam Marajda
in Stories from the Field 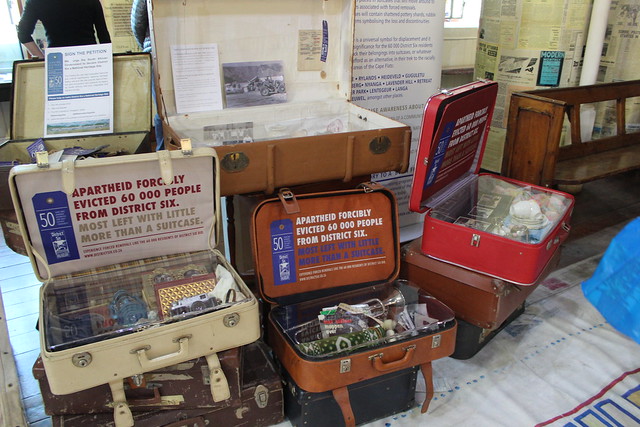 To the Southeast of Cape Town’s central business district lies the District 6 Museum. A solemn memorial to the former residents of the neighborhood, it documents the history of a now destroyed but once extremely diverse and vibrant neighborhood. For decades, District 6 was home to Coloureds, Blacks, Whites, Christians, Muslims, Jews, Hindus, and many other groups.

In 1966, the South African Apartheid government entered the neighborhood and started a process of forced evictions and displacement that eventually expelled over 60,000 people from their homes. Residents were put into segregated areas based on their race. Hundreds of homes were demolished to make room for white residents and all the streets were renamed in Afrikaans, the language of the apartheid government. 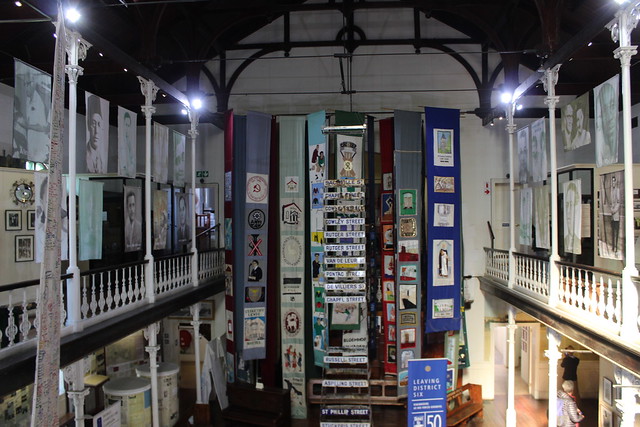 Upon entering the first floor of the District 6 museum visitors encounter a large panel that shows a picture of a set of bustling streets in the neighborhood during its early 1960s heyday. Children walk around smiling. The street is busy and heavily populated. People of color are everywhere. Juxtaposed to this is another panel that shows the same area in the 1980s, after residents were forcibly displaced. Here the streets are empty. Just a few houses are standing. Many others are demolished.

Looking down, visitors notice a hand drawn laminated map of District 6 affixed to the floor of the Museum. Dotted with original street names and outlines of building footprints, the map is a painful reminder of what used to exist. 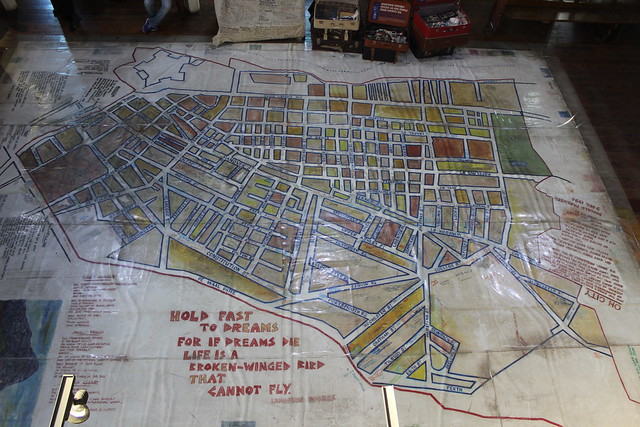 On the second floor of the museum, visitors feel like they are actually walking a District 6 street from the 1920s to the 1950s/1960s. There is a barber shop, a public washing machine, a sports center where one can stop in and see all the photos of the sports teams. In another section, are pictures of family weddings and trinkets from the ceremonies.

As both of us originate from Palestine and are involved in the Palestine Solidarity movement, the injustice we learned about at District Six resonated with the longstanding violations and abuses that Palestinians have been exposed to. 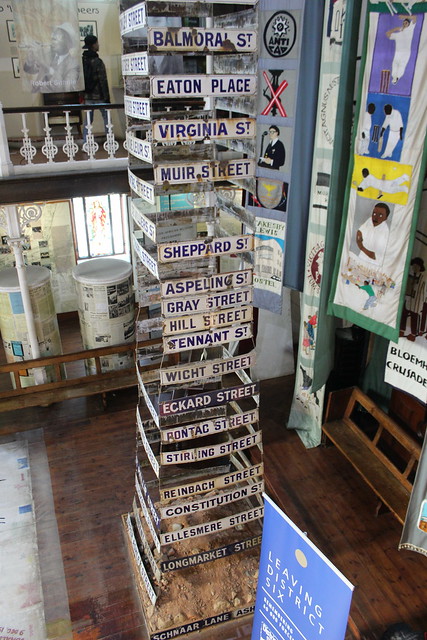 While walking around the Museum and learning about the history of District Six, we were reminded of our native Palestine. Looking at the District 6 map with original street names, we saw the Palestinian streets whose names were changed from traditional Arabic to Hebrew names. In pictures of demolished homes, we saw Palestinian villages that have been completely depopulated and the hundreds of houses that Israel has demolished over the years.

In the displays of personal items from families forced from their land, we saw the Palestinians who were expelled from their homes in 1948 by the Zionist militias and forced to flee to refugee camps. We saw Rani’s grandparents who were forced to leave their homes in the towns of al-Qubab and Deir Ayoub after a massacre in the nearby town of Deir Yassin. Zionist militias were threatening to commit the same type of massacre on other Palestinian towns. So as people began to hear about the threats, many fled their homes, thinking it was temporary. Around 750,000 were displaced internally or to nearby countries, including Rani’s grandparents who became refugees in Jordan. They were not expecting to live there for the rest of their lives and to never see their homes again. But, just like District 6 residents forcibly removed from their homes and dispersed to townships in the Cape Flats, Rani’s grandparents, like many Palestinians have been unable to return.

The similarities between Apartheid South Africa and Apartheid Israel are many. The more we learned about the history of South African apartheid, the more we know the Palestinian struggle is connected to that of South Africa. The same racist and violent policies imposed on Palestinians, happened to Black, Coloured and mixed race South Africans, and continue to persist despite the fall of apartheid. We know too that the experience of Black people under apartheid in Africa is similar to that of Black people under Jim Crow here in the U.S.

When calling for freedom, justice, and equality for the Palestinian people, activists need to be conscious of the visions we lift up. For example, in the Palestinian liberation solidarity movement, there is a tendency to romanticize the end of apartheid in South Africa. After the visit to the District 6 Museum, we’ve been telling a lot of people that apartheid ended but it’s vestiges still remain. When we romanticize South Africa’s anti-apartheid struggle, we erase people’s current struggles. We erase the struggles of all the displaced District 6 residents who are still unable to return home and others who were and remain dispossessed by the apartheid regime.

Instead of this erasure, we need to acknowledge that Black, Coloured and mixed-race South Africans still suffer from economic segregation, income inequality, and the lack of quality education. We need to stand in solidarity with them, and with all oppressed people, as we fight for our own struggles and we need to globalize the resistance until we are all free.