Posted April 19th 2017 at 8:18 am by Tatianna Echevarria
in Innovation from the Margins: Colombia

Innovation from the Margins: Parque Utria 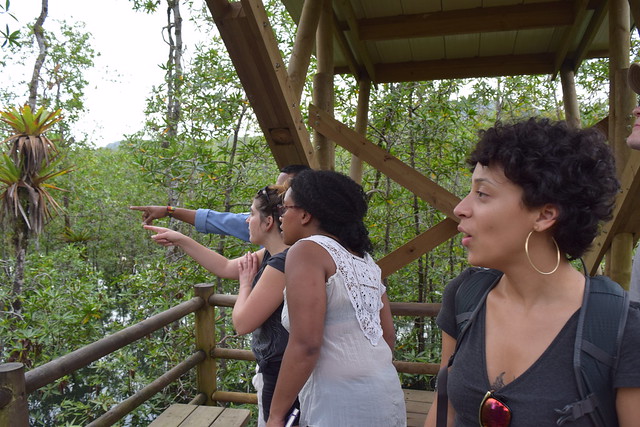 Parque Utria is one of Colombia’s 17 national parks. It is located Northwest of a small coastal municipality called Nuqui, in a rainforest that receives one of the largest amounts of precipitation in Colombia on an annual basis. As our boat made its way out of Nuqui, we were accompanied by Lucho, who is the son of the founder and director of Mano Cambiada. At the start of our journey, we had to pass through a small residential community where the houses were elevated on stilts, presumably to withstand erosion from the river. While the residents of these homes watched our boat pass with curiosity, the looks on their faces made it clear that they were used to seeing strange faces travel through those waters. 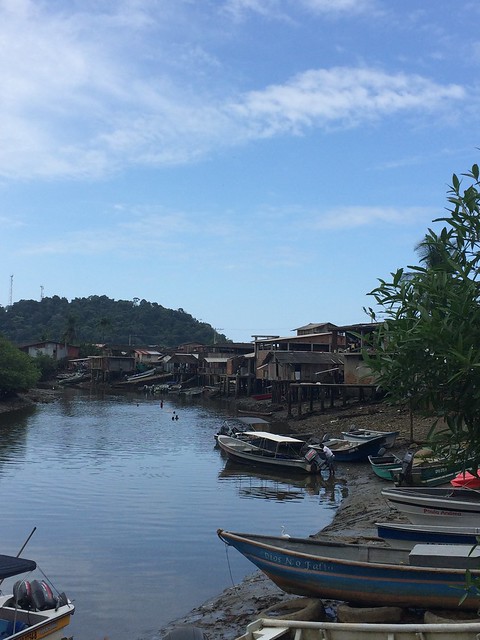 Utria is one of the most secluded places I have ever been to; on the ride over we passed small islands that looked gorgeous against the backdrop of the sun but, they were barely big enough for the vegetation they contained and we cruised on the open ocean for about 40 minutes before we saw habitable solid land again. By the time we did, we had worked up a big appetite. After dropping our bags off into our cabanas, we joined Mano Cambiada’s staff in the communal kitchen. While Colombia’s national parks department built all of the infrastructure for this tourist site, including this kitchen, it had named Mano Cambiada sole operator and hospitality provider. 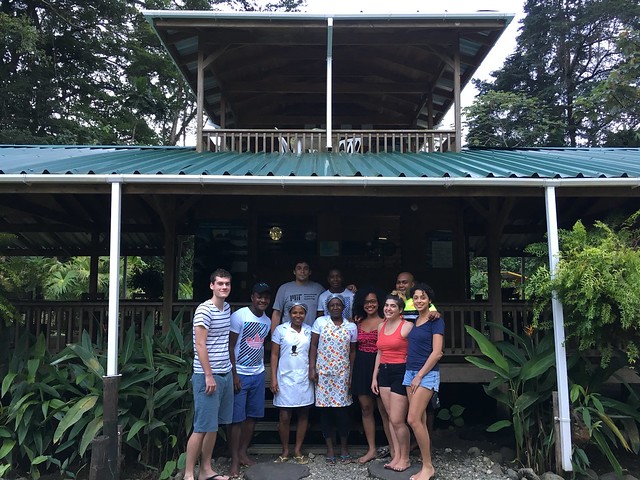 On our first night in Utria, we went out onto the inlet in kayaks to observe the phytoplankton. It was pitch black but despite my concerns, my eyes adjusted relatively quickly and I was able to see the fluorescent blue beauty swimming around us. As we learned from Evelio, one of our guides, the bodies of water surrounding Utria are very special because they provide the ideal birthing location for humpback whales. The next day we went for a long hike; it was the first time I had ever seen pristine beaches hugging the base of such verdant mountains. Travelling from Bogota to Nuqui to Utria taught me that Colombia’s geography is incredibly diverse and can be a source of pride for many different kinds of people. This part of the rainforest in particular has enjoyed the benefits of minimal human traffic and as we made our way through the thick vegetation, even having to walk through streams, we understood at least part of the reason why. 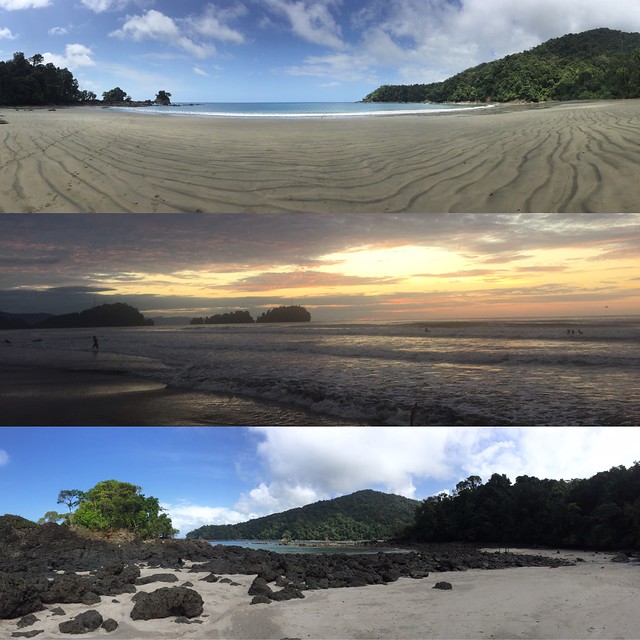 Keeping the beaches and forests in such pristine condition definitely comes with costs. As the sole operator of the park, Mano Cambiada has decided to keep visitors on the site to a minimum, which of course places constraints on revenues to support their operations, but there are social costs, too. Mano Cambiada operates this space not just as a tourist site but also a super low cost social gathering space for people in the surrounding communities. Doing so, however, requires navigating relationships with leaders from nearby municipalities. There has been rising tension among these relationships due to conflicting views/opinions about whether Mano Cambiada should have been named the sole operator of Parque Utria. Given that the pacific coast of Colombia, with a predominantly Afro Colombian and Indigenous population, has experienced structural racism and subsequently massive disinvestment to support the development of critical infrastructure, questions about who is deserving of/benefits from Parque Utria’s infrastructure, make perfect sense. Despite this, it seems clear that Mano Cambiada is trying to operate the facility in such a way that preserves the natural environment, serves as an economic driver for the area, and empowers and benefits local residents.

After two days learning from Utria, it was time to board the boat once again and head back to Nuqui. During our stay, our tourist endeavors had benefitted from minimal rain during the daytime. However, our experience would not have been complete without getting caught in a torrential downpour on the open ocean. We were soaking wet when we arrived back to Nuqui, but one thing hadn’t changed- we were hungry and ready to eat our way through the rest of the pacific coast.