Posted May 17th 2017 at 9:07 am by Tatianna Echevarria
in Innovation from the Margins: Colombia

Innovation from the Margins: Lessons From Food in the Colombian Pacific

Anyone who knows me well knows that when it comes to a meal, fish is rarely my first choice or even third for that matter. I usually decline dishes that most others would find mouth watering, like a glazed fillet of salmon or a plate of tuna tartare. However, the fresh fish caught along the Colombian Pacific coast made me realize that maybe I hadn’t tried the right kind of fish for my taste buds and maybe all I needed was a mix of Afro Colombian flavors to be satisfied. 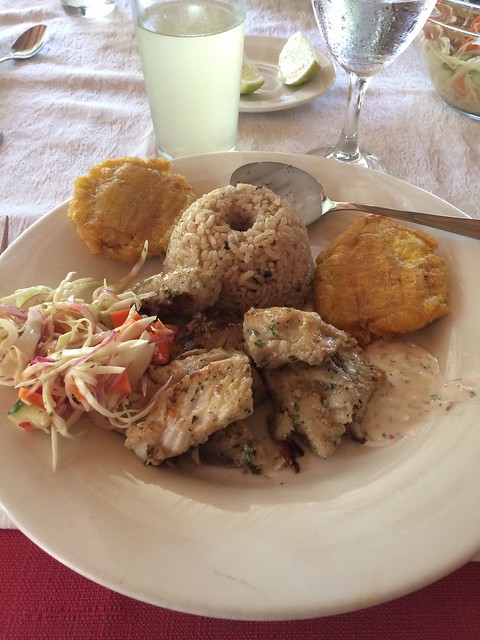 Whether we were in Utria, Nuqui, or Quibdo, almost every meal consisted of either grouper or snapper paired with salad, rice, and patacones (fried plantains). Despite this repetition, I enjoyed every single meal and would have been remiss if I hadn’t licked the plate clean every single time. All of this fish eating may shock some of my friends, but, anyone who knows me well also knows that food is one of my favorite ways to learn about a place and its people.

The processes through which food is produced, bought and sold, prepared, and consumed can reveal quite a lot about the social, economic and political conditions within a place; the Colombian Pacific was no different.

During our day trip to Buenaventura, while on a quest to find lunch, one of our colleagues set his heart on the usual; fish, rice, salad and patacones. While this is a meal you’d expect to find everywhere along the coast, to his surprise, he was told that “they” were not allowing this business to sell patacones that day. Who were “they?” We joked about a patacone mafia and how our beloved plantain was being held hostage but really, it was no laughing matter.

Buenaventura is the largest port city in Colombia and is considered to be one of the most dangerous places along the pacific coast, since paramilitary groups have gained control of the urban center. So yes, there is a patacone mafia, of sorts. However, their impact runs deeper than a tourist not being able to buy a desired lunch. While much of the wealth generated through the port bypasses the majority of Buenaventura residents, it is the poorest residents who suffer most from displacement due to violence and the extortion of small and micro-businesses.

Mafias aside, the cities along the pacific coast and predominantly black communities in general are rich with cultural innovation and have much more to offer the world than mainstream media ever covers. In fact, the same food that causes socio-political conflict can also be a source of empowerment.

While in Quibdo, we learned about the Red de Mujeres Chocoanas, which is a network that is working to create economic autonomy for women in the city and across the department of Choco. One example of their work is La Paila de mi Abuela, a restaurant that is owned and operated by local women from Quibdo. Operating a successful business such as this one is no small feat, especially considering that much of the economy in Quibdo, and Choco in general, is not owned by local residents. While it is true that restaurants and other small scaled food sector businesses do not generate particularly high profit margins, in a region such as this where the black population has been structurally marginalized, the food sector provides an opportunity to begin developing wealth that can be leveraged for challenging the status quo.

Structural marginalization manifests in many ways and when it comes to Choco, the lack of public investment in basic infrastructure can hinder the efforts of even the most organized entrepreneurs.

Located outside of Quibdo, in rural Baudo, Arroz Organico is a network of producers that have been cultivating 100% organic rice for many generations. The leader of this network is a fierce, Afro Colombian woman who has worked hard to gain the support and respect of a cohort of elected officials, producers, and business owners in Baudo – all of which are men. Through a cooperative model, this group is prepared to sell their products and (hopefully) generate wealth that can improve the quality of life for residents within their region.

These producers are an organized and effective labor force with a high quality product, local government support, and determination like no other. And yet, conditions beyond their control prevent the “market” from working in their favor.

My experience with food in Colombia reminded me, yet again, that markets are flawed and often fail to create the real change that many economists preach. As I reflect on my time in a different context, I believe even more strongly that governments should be held responsible for ensuring equitable access to economic opportunities (and folks on the right who argue that all it takes to “make it” is hard work are just wrong!). 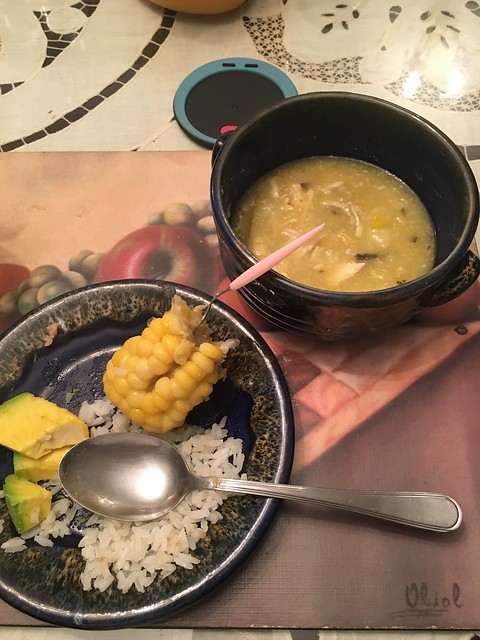