My Hope for Nigeria 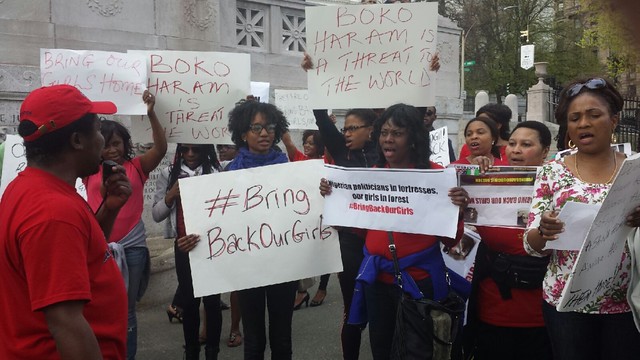 52 days into what must be the scariest experience of their lives, it is still unclear how much the Federal Government of Nigeria (FGN) is doing to bring them home safely. Even more, so much of Nigeria’s leadership is using the abduction as an opportunity to play politics. It took 19 days after the girls were taken before President Goodluck Jonathan even publicly acknowledged the crisis at hand. His promise that day that “wherever these girls are, we will surely get them out” rings hollow as more than a month later, it remains unfulfilled. It is unclear whether we can even trust the most recent reports about the safety of the girls and the narrative that the Nigerian military is aware of their location.

There are so many unknowns, so many fears, and so many disappointing responses. Despite these uncertainties—around when and how the girls will be rescued –one ray of hope might be the reaction of regular Nigerians to the girls’ abduction. Many people, in real life and online have joined in the campaign to #bringbackourgirls, but as a Nigerian-American I have personally been most struck by the outcry I’ve seen from Nigerians, both in the country and in the diaspora. We have grown so accustomed to insecurity, both physical and economic, in Nigeria that we are increasingly unfazed by acts of terror committed by Boko Haram and the negligent ways in which our government responds.

Yet, something about the gravity of this particular crises has stirred and awakened folks. All over the world Nigerians have been demanding action. From university campuses in Lagos to the streets of Maiduguri, the Borno state capital, Nigerians in the country have been putting and keeping attention on the need for the FGN to act strategically and meaningfully. Every day for the past month, protesters have rallied in Unity Square in Abuja, Nigeria’s capital city. Undeterred by a ban on protests that liken back to Nigeria’s days under military dictatorship, this group of mostly women, rally in the scorching heat to demand that the government do more to bring our girls back home safely and stop the menace that is Boko Haram. Helping to organize rallies and responses from the diaspora in Boston, I’ve similarly seen the Nigerian community unite in unprecedented ways here. Coming together across the thick divides of ethnicity, religion, and political affiliation, we’re united through a common outrage.

While much of this anger is directed at Boko Haram, the terrorist group responsible for abducting the girls, much is also directed at the Nigerian government. There is an increasing commitment to hold them accountable for their lack of meaningful action in this particular moment of crises, as well as the broader rampant poor governance that has allowed for this type of insecurity to fester.

Watching the distraught mothers of the abducted girls weep for the daughters, I desperately hope and pray that a reunion is swift and forthcoming. At the same time, I think there is something really important about the anger Nigerians-both in the diaspora and at home- are feeling.

My hope for Nigeria is that this outrage, that the abduction of these girls has spawned, will be maintained even after the girls are brought home safely and that we’ll use the upcoming national and various state elections to call for a more accountable political process that begets the type of leaders Nigeria so desperately needs.