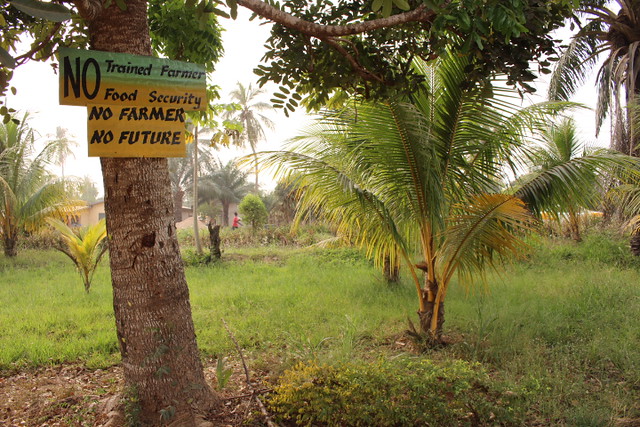 In conversations about plant life in Ghana, you may encounter this widely held idea: you can grow anything here. This is especially true in the Volta Region where alongside fishing, forestry and hunting, agriculture is one of the main economic activities.

This potential is most visible during the rainy season. In Adidome, a small town in the Central Tongu District of the Volta Region, the area’s popular crops of chilli pepper and starch-rich cassava thrive, creating vibrant patches of green and red across the landscape. Once the inevitable dryness of the Harmattan season sets in, as is currently the case, crop cultivation and harvesting almost halts; food prices rise and supply is low. But the Adidome Farming Institute tries to encourage farmers to keep on.

The Institute, established in 1964 by the national Ministry of Food and Agriculture (MOFA), is one of a total of eight in the country. Combined, the Agricultural Colleges and Farm Institutes enroll an average of 800 students annually that apply from all over the country. Northerners and Voltarians primarily enroll at Adidome’s 83-acre campus. There, they are offered a variety of year-long educational and technical training programs along with free housing and accommodation. 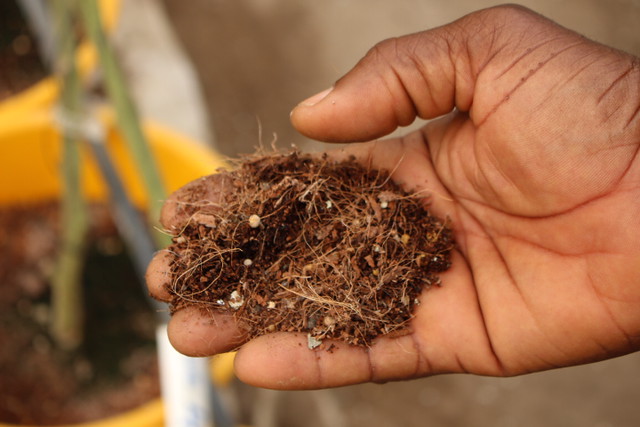 As students move from theory to practice, a number of on-site work areas including a greenhouse and a pineapple farm support the teaching and learning of best practices in farming. Joseph Kwesi-Sarpong, head of the Institute, describes this to me as we chat with other staff, including assistant headmaster Vincent Pomary. Their passion for the work of Adidome Farm Institute is palpable as we discuss their competency-based training (CBT) to support farmers in performing at their best.

“One of the key things I have personally observed in agriculture is that it is the only vocation that people practice without the necessary skill, knowledge and attitude,” Kwesi-Sarpong states. He shares a recent example where a couple of farmers with years of experience, needed guidance on a fundamental step: the correct prep and nursing of seeds. Even though at least 78% of the district’s households are engaged in agriculture, food security he says, remains an issue. “What we are saying is come and learn before you practice.”

The Adidome Farm Institute’s department units are divided into multiple agricultural specializations that a single farmer or a group can choose from. Prospective students are presented a list of courses and customized trainings that cover tree and arable crops, livestock & poultry, fish farming, floriculture & landscape design and naturally, vegetable production. By introducing newer crops to the district, like yams and pineapple, the Institute helps to create a shift in thinking around what is possible in Adidome’s agricultural landscape.

“Yam is not a major crop here,” Mr. Pomary explains of the widely bought commodity. The starchy staple is farmed mainly in the middle and northern parts of the Volta Region. Last year when the Institute experimented with planting the crop, the trial-run proved successful. “We [want] to see if yam will catch here. We want to bring in some farmers to try their hands at it.” 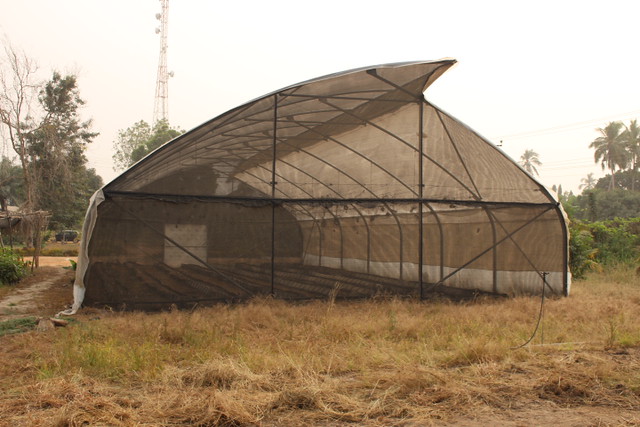 The Institute’s training delves into non-traditional agriculture as well, like beekeeping, mushroom production and importantly, agribusiness. Introducing an element of commerce supports farmers in thinking about moving their practice from subsistence to large-scale production and marketing.

“One of the things we are promoting is the value chain concept in agriculture, where you have to look at the full cycle of the commodity,” says Kwesi-Sarpong. “So these are some of the concepts that you have to learn here to have a full understanding of what it takes to grow a crop, so that as you think of production, you think of marketing.”

While the Institute makes available its educational services and training to prospective and practicing farmers at any age or skill level, garnering more attention from youth is central to their work. Though youth as young as 16 are encouraged to apply, the heads of staff realize how hesitant the young rural population is when it comes to pursuing agriculture as a career path. They’ve noticed that young people in the area are increasingly interested in pursuing white-collar jobs alongside their urban counterparts. 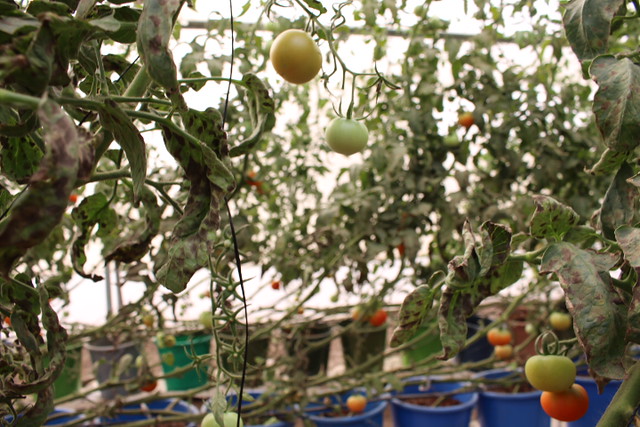 But the idea here is to encourage the next generation to take up agriculture as a profession, by presenting the array of options that the field offers, like site selection, land acquisition, wholesaling, and transportation. To peak their curiosity, Vincent Pomary believes that conveying the prospects for entrepreneurism and teaching about the value chain for a range of agricultural products will encourage younger students to start up in the field. “The value chain of all these commodities are not well defined to them,” says Pomary. “They think agriculture is just tilling the land. But somebody can go into just marketing, and it’s within the agricultural value chain.”

Akpey Michael, one of the young people the Institute works with, completed the year-long training in 2015. Now, at the age of 23, he’s eager to get into the practice and become a manager of his own agribusiness that will specialize in bringing carrot, cabbage and lettuce varieties to market. “I like to plant a lot of vegetables and fruit, and that is why I went there,” Michael shares with me as we meet up next to the Lorry Park marketplace. He’d been introduced to farming through relatives who raised maize and potatoes, but farming didn’t initially appeal to him.

Instead, the ‘learning-by-doing’ approach helped him realize that his passion for growing food could be profitable and provide him some economic independence. “My friends don’t like or want to do agric because most of them want to be in an office,” Michael says. “They say that farming is not an easy thing. My advice for them is that they have to learn more about agriculture; it’s very interesting.” With the help and guidance of his uncle, Michael has set his sights on undertaking the process of land acquisition. Ultimately, he’s determined to start his business. 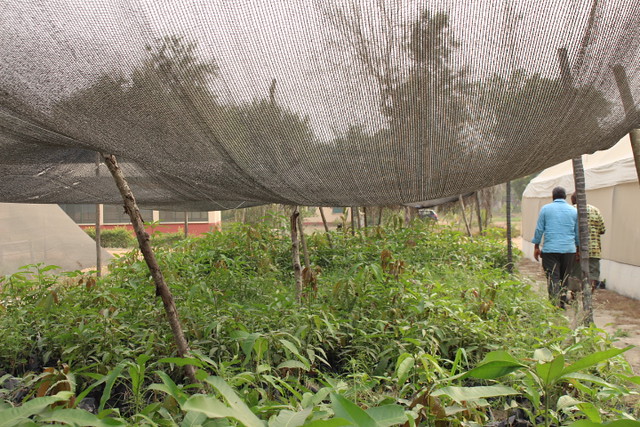 “Farming is the pivot on which every system relies,” Kwesi-Sarpong states with deep conviction. It’s impossible to ignore this in Adidome’s cultivated landscapes and local economy. The annual arrival of an abundant growing and harvesting season, triggered by rainfall starting in March, is a source of pride and revenue for the area. While the staff and I continue to discuss the possibilities of a sustainable and economically viable food system, they’re aware that it may depend more than ever on the enthusiasm of students like Michael who are afforded opportunities for more education and critical training in the sector. “In this place, the potential is huge.”