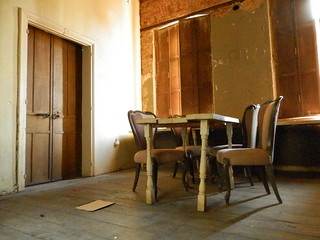 A room used to provide accommodation to travelers.

Situated at 6 Edessis Street, Ano Ladadika, Bensousan Han (Μπενσουσάν Χαν) is considered to be an architectural gem in the center of Thessaloniki. This historical building was constructed in 1817, during the era of the Ottoman occupation of Greece. It functioned initially as a khan (“χάνι”), a place that provided accommodation to travelers and sometimes served as a stable for their animals. After 1869, Bensousan Han became the property of the merchant Samuel G. Bensousan. Under Bensousan’s ownership, communal chambers in the upper part of the building continued to be used to provide travelers and merchants with inexpensive accommodation. Their merchandise was kept in the cellar and their animals rested at the back side of the inn. 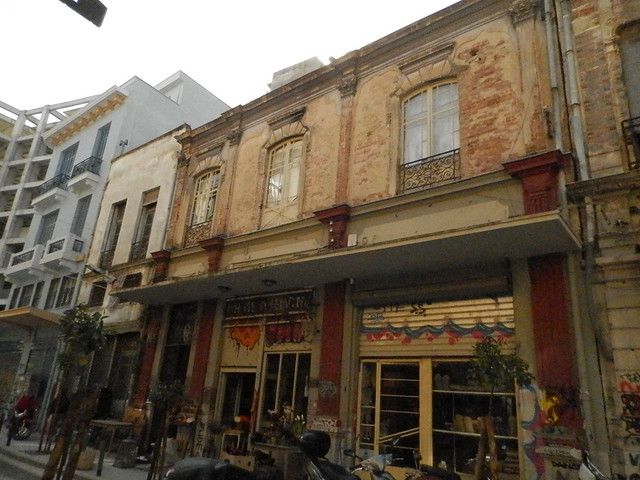 In 1929, Bensousan Han’s function changed. The merchant I. Grigoriadis and his two brothers-in-law, M. G. Zotiadis and V. G. Zotiadis came to Thessaloniki and bought the building for their enterprise. From WWII on, it was used as a shopping center, where goods such as fabrics and spices were sold, and for the decade between the 1970s-1980s it operated as a customs checkpoint.

In the last seven years, its function has shifted dramatically and it now serves as a cultural events center where theatrical plays and exhibitions are held. In 2012 and 2013, Bensousan Han housed performances taking place under the auspices of “Dimitria,” a grand annual cultural festival in Thessaloniki. As a result, the building has become well-known to the public. Although there is no ostensible connection between its past and its present use, one could claim that Bensousan Han is still a place of accommodation, this time sheltering the arts and diverse cultural events.

This is one of many posts responding to the question, “What’s Happening at the Oldest Buildings in Your Town?” If you’d like to submit an example from your own city, see the easy steps here. Check out yesterday’s post on The Palazzo del Capitano in Milan, Italy.