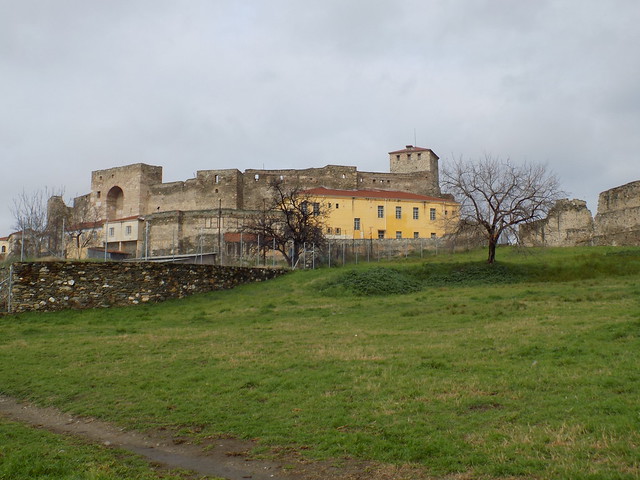 There are several buildings of major importance in Thessaloniki narrating the city’s turbulent past. One is the Heptapyrgion or the Fortress of Seven Towers. Located in the elevated northeast section of the city, the Heptapyrgion, is a citadel overlooking Thessaloniki. The exact year of its construction is debatable, but most people believe that it was built during the reign of Roman Emperor Theodosius I, when he decided to fortify the city from hostile raids. He ruled from 379 to 395. 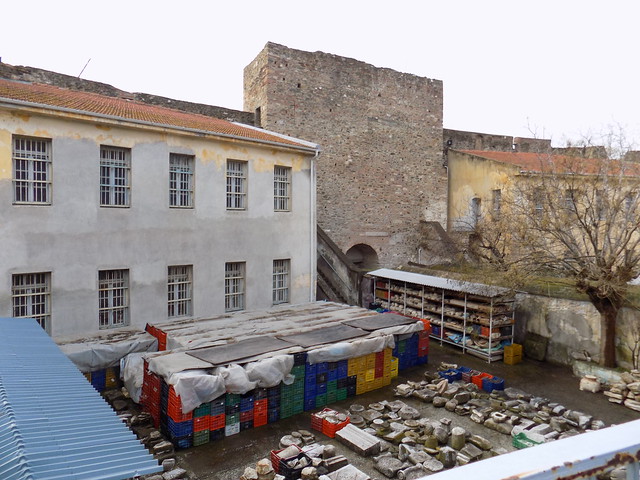 Artifacts at what used to be the prison yard.

In the 1890s, the Fortress’ interior was altered and it was turned into a prison. By that time, Greece had gained partial independence from the Ottoman empire, but Thessaloniki, would not be declared Greek territory until 1912. Under Ottoman control, the Heptapyrgion was used to imprison Greeks fighting for independence. To contain these inmates, several new buildings were constructed to house the convicted while the tall walls of the Fortress ensured that escape was impossible. Today, the fortress still serves as a symbol of the dark Ottoman legacy imposed on the Greeks.

Even after the Ottomans, the fortress was used to imprison subsequent rounds of Greeks. During the occupation by Fascist Italy and Nazi Germany, Greek political prisoners and rebels were held captive there. Afterwards, it was used during the Greek Civil War and again later to incarcerate the Greek military junta.

This long and deep history, has inspired several urban legends that remain until now and, has spurred folk songs of the traditional Rebetiko genre.

“Five years convicted”, the song above, written by Vaggelis Papazoglou in 1934, is the most famous song about the prison.

In 1978, during Thessalonicki’s massive earthquake, the fortress was partially ruined. Restorations followed shortly after and continue until today. In spite of the damage, the fortress continued to be used as a prison until 1989 when a new correctional facility was built in the western part of the city. Once its use as a prison came to an end, the Heptapyrgion was taken over by the Ministry of Culture. Today, concerts and cultural events are occasionally held in the building’s exterior. 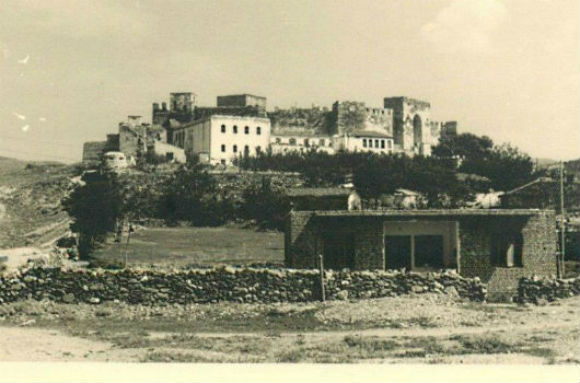 Post and photos by Eleni Myrtsioti, unless otherwise specified.

This is one of many posts responding to the question, “What’s Happening at the Oldest Buildings in Your Town?” If you’d like to submit an example from your own city, see the easy steps here. Check out yesterday’s post on Central Station, a train station turned gay bar in Shreveport, Louisiana.