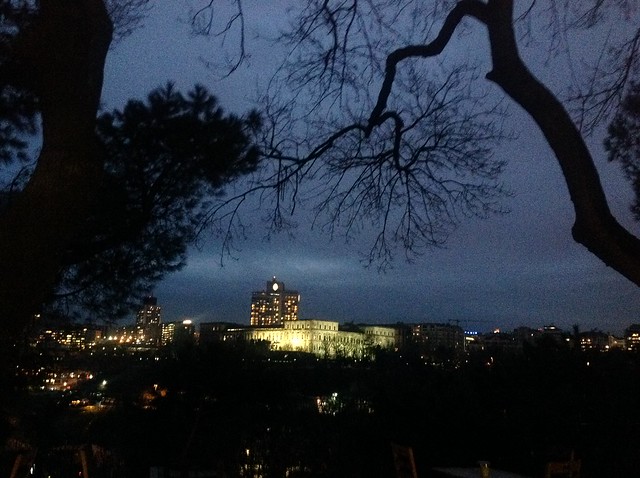 The Taşkışla at night

The Taşkışla building is located on the hillsides of the valley that lie adjacent to the Bosphorus Strait on the European side of Istanbul. Designed by architects Sir Charles Barry and John Smith, it was built on the order of Sultan Abdülmecid between 1846 and 1852. 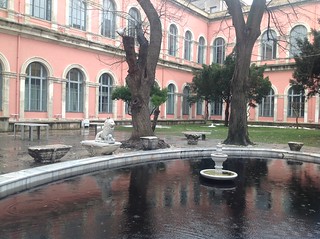 One of the Taşkışla pools

Built in the Anglo – Italian Renaissance style to originally serve as a medical campus, it contained big dormitories, a mosque with two minarets in the middle, a room for the Sultan, a clock tower, and two pools. The intention was to host 300 students and 200 patients. 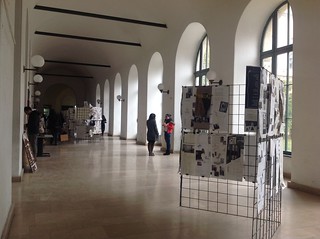 Inside a Taşkışla hall

At the time of the construction of the Taşkışla, The Ottoman Empire was beginning to dissolve and many political changes loomed on the horizon. Within a year of its completion, the Crimean War commenced and the building begun to be used as a hospital for soldiers injured in the war.

In 1943, almost a century after it was built, the Taşkışla was assigned to Istanbul Technical University (ITU) by government officials and Professor Emin Onat. In 1950, the Architecture and Civil Engineering departments of ITU moved into the building. Today, Taşkışla hosts various other ITU design departments, including interior and landscape architecture, urban and regional planning, industrial product design, and the Social Sciences Institute and the Continuous Education Centre. 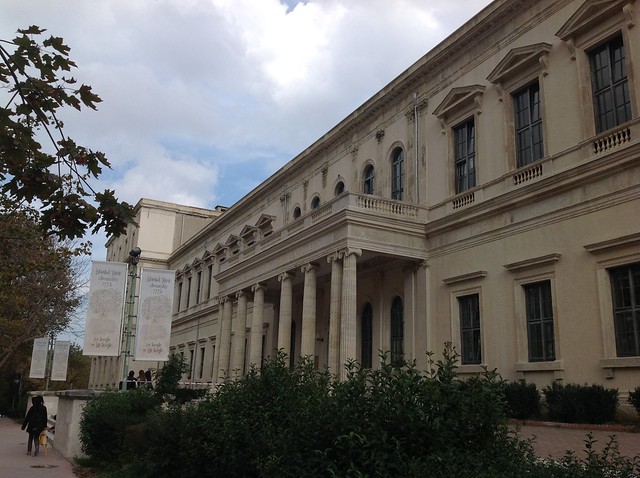 Side view of the Taşkışla

While it has been registered as a “first degree historical artifact”, and marked with the status “to be preserved exactly,” by the High Council of Immovable Monuments and Antiquities of the Ministry of Culture and Tourism in Turkey, since 1983, Taşkışla’s history is not without struggle.

One popular story dates back to 1986. At the time, Taşkışla had been leased by the government to a private company that intended to convert it into a hotel. ITU academics organized and opposed the plan and took the case to court. The judges intervened and in 1989, all conversion processes were deemed illegal by the Istanbul Executive Court.

Today, Taşkışla stands as one of the most beautiful and coveted architecture departments in the country. With magnificent views of the Bosphorous, it is one of the most well – conserved historical buildings in the region. The United Nations Conference on Human Settlements, HABITAT II, was hosted in the building in June of 1996. Moreover, after the successful resistance of the plan to turn the Taşkışla into a hotel, the Istanbul Technical University community experienced a greater sense of pride and ownership over the building. 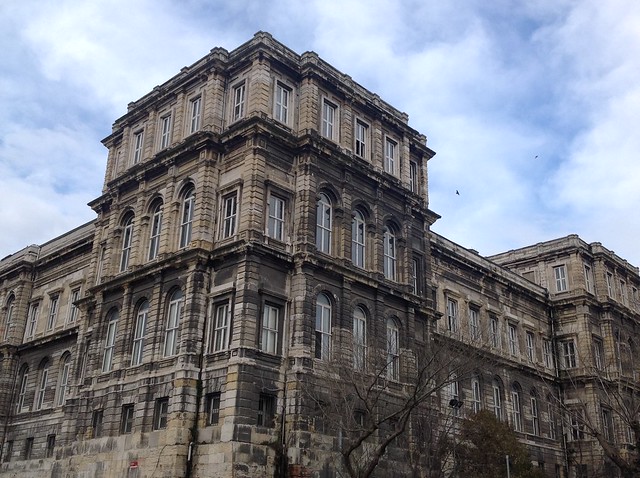 Another very important well – conserved academic building is Istanbul Technical University’s Foreign Languages Academy. housed in what used to be the Maçka Armory. Located on the hill opposite from the Taşkışla, the Armory is connected by cable car to the rest of the campus.

Built between 1873 and 1875, on the order of Sultan Abdülaziz, the Maçka Armory lies to the north of the Dolmabahçe District, which falls on the European side of Istanbul. An important historical district in the city, it hosts the Dolmabahçe Palace, the largest royal residence built during the Ottoman empire. It also houses key transportation lines and landmarks used for grand parades and ceremonies related to national festivals. The Maçka Armory was initially built as a military academy, then turned into an arsenal and a military museum. In 1955, Maçka was given to Istanbul Technical University to house the Foreign Languages Academy.

The armory is one of the best examples of neo – classical architecture in Istanbul. It was designed as a monumental building with sweeping entrances, high grandiose doors, and lofty windows and balconies. While the Maçka Armory interior has been changed over the years, its exterior is still conserved to exactly how it was built in the 1870s. 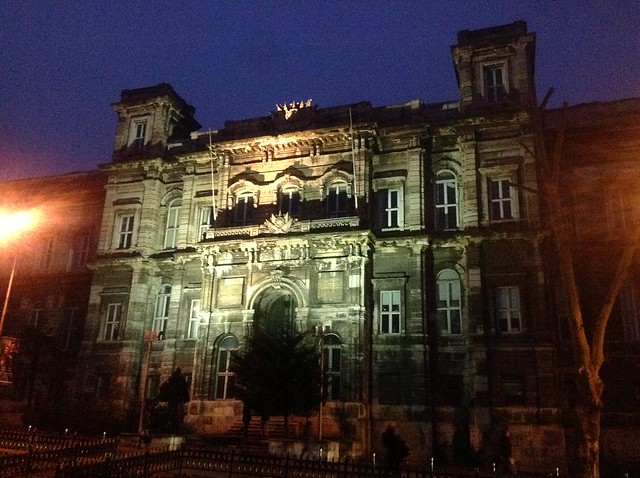 The Maçka Armory at Night

This is one of many posts responding to the question, “What’s Happening at the Oldest Buildings in Your Town?” If you’d like to submit an example from your own city, see the easy steps here. Check out the previous post on The Mathallan in Oslo, Norway.