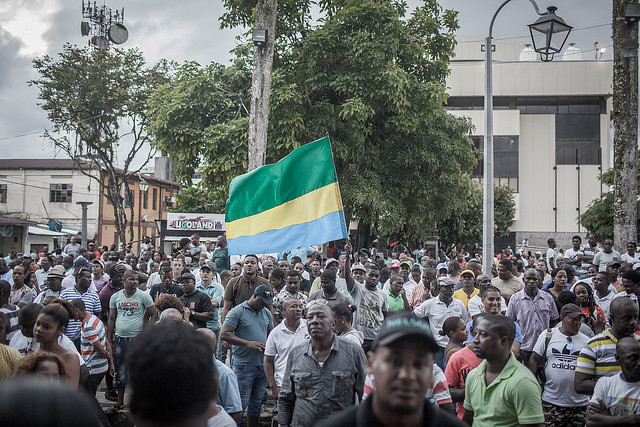 The Colombian Pacific Region emphatically supported the Plebiscite for Peace and the Havana Accords and the popular consultation which amongst other things, advocated for forgiveness, reconciliation and peace.

The Pacific Region advocates for peace given that it is part of our regional identity. The current civic mobilizations have upheld the principle of peace and dignifying life for communities in the Pacific as our banners in every one of the daily protests. We’ve endured plundering, exclusion, discrimination, and structural racism for centuries.

Civic protests have been the most important and legitimate mechanism for vindication for communities in the Pacific Region departments over the past decades. These actions have put pressure on the State which has contributed to advancing development in the region and generating well-being for all.

These actions continue to be an alternative for communities in the Pacific. Facing local governments’ neglect and lack of commitment, they try to get the national government to pay attention to the region and advocating for more investment and improving quality of life. As long as local and regional governments continue to do so, these actions will continue to be the most effective tool in vindicating our rights. Our region is one that resists and struggles, one that has found in social activism its leading asset for vindication and self-determination.

We are also trying to break down prejudices and stereotypes about social activism and protest. These are referenced as order-disturbing activities and not as invigorating factors for regional development, which generates situations that compromise the State.

For us inhabitants of the Pacific, the struggle for obtaining minimal standards of living has always been related to indifference and a complete absence of the State. This abandonment has become the axis around the current civic protests. All we are asking is for the State to be present and build from the grassroots, locally.

The failure to comply with agreements that were previously negotiated have detonated a series of civic protests along the region. They also respond to precarious socio-economic conditions:

The Colombian Pacific is a territory inhabited by 1.2 million, where 90% identify as part of an ethnic group, mainly Afrocolombians. 84% of the territory is considered as biologically megadiverse, which is held in collectively owned land that is managed autonomously by community councils.

As a contrast, the region is home to structural poverty. 62.5% have unsatisfied basic needs, an unemployment rate that varies from 60% to 90%, and there is an illiteracy rate of 21%. These indicators reflect a precarious quality of life and are significantly lower than those of the rest of the country. They tend to get worse in the low density, rural areas of the region.

The Case of Buenaventura

Buenaventura can be considered the most important city in the Pacific Coast. Colombia’s most important port on the Pacific is located there and includes 5 port terminals with significant investment from multinational companies from Spain, Germany, Singapore and Philippines. They handled 17.3 million tons in 2015 and 17.8 in 2016 according to the Ports and Transportation Superintendence which places them 17th in the shipping containers movement in Latin America and the Caribbean according to ECLAC.

In 2016, Buenaventura contributed 5.8 billion pesos ($2bn USD) to the national government as income from foreign trade.

However, despite all this wealth and mega-investments in infrastructure for the port enclave, the people of Buenaventura face difficult life conditions: 81% of the population lives in poverty (44% in extreme poverty) and there is an illiteracy rate of 17%. Only 60% of the population has access to water and sewerage and almost 30% of the population has no access to drinkable water whatsoever. These conditions are worsening mainly due to armed conflict and forced displacement of thousands of families that, despite the Peace Process and following demobilization of FARC guerrillas, continue to exist. In 2016 more than 11.363 people (over 3000 families) were displaced because of conflict, most of them in the Chocó department (departments in Colombia are like states in the U.S.). This continues to happen in 2017 as 4.000 people (over 950 families) have been displaced.

The main claim of the Civic Protest in Buenaventura is focused on a Declaration for Economic, Social and Ecological Emergency. This statement would allow an exceptional legal framework for channeling the necessary investments to build the foundations for overcoming socio-economic challenges in the city and therefore, advance a redefinition of the power relations and struggles between Buenaventura, the Pacific Region and the Central region of Colombia, where political and economic power is held.

The Case of Chocó

Chocó has been a historically-segregated department in Colombia. It has been excluded from national economic dynamics and corruption at the local level has been the leading enemy for development. This situation has unfolded in social backwardness in the department and a series of problems have emerged as a consequence. Many of the challenges in healthcare, education, forced displacement, human rights, amongst other, have been met only by international aid and cooperation.

According to Corporación Manos Visibles, the main economic activity in Chocó is mining, which represents 23.7% of the economy. 80% of the people in Chocó have unsatisfied basic needs, the highest in Colombia. There is an illiteracy rate of 20.89%, which compares to a 11.89% regionally and 8.4% nationally. Chocó contributes to 0,4% of the national GDP. In 2016, the region was placed number one in unemployment (10,6 vs. 9,6 nationally). Quibdó holds the highest unemployment rate in the country at 17.1% with 59.9% of the employment being informal.

Facing these challenges, the main claim for the civic protest in Chocó is related to concrete actions that dignify living in the region. The list of demands includes paving critical road infrastructure that allow the department to connect to the rest of the country, which will allow for lower transaction costs and promote commerce and regional development, third level Hospitals so people won’t die waiting to be transferred to Medellin, and educational facilities. There is a common understanding of the value of education in Chocó and many families try to look for opportunities but there is a general lack of educational infrastructure.

These legitimate claims are only focused on guaranteeing that the Department can overcome the systemic barriers and challenges that it faces and live up to its potential.

By now, we are not sure if histories are indeed repeating themselves, or maybe they never ended. As years pass by, communities in the Pacific, mostly Afrocolombian and indigenous, continue to be the poorest in Colombia.

The Pacific continues to claim liberty and peace. This region has been one of the most affected of all by conflict. Criminal bands, along with illegal armed groups and drug cartels, continue to enforce territorial control over the past 20 years, which has left thousands dead and many more displaced.

Dignity. This has been the main achievement of this civic protest. The dignity of the people of Chocó. The dignity of Buenaventura, of the Pacific. This is now our common ground for all inhabitants of the region. To meet face to face with dignity has strengthened our civic movements, created a sense of belonging and built the base for a new awakening: the Afro Spring.

Youth leadership has played a determinant role in this process. This segment of the population has generated hope, conscience and dignity in the Pacific Region. Youth in the Pacific are now aware of the power they hold when united, and how strong their voice is when demanding unanimously.

Youth is tired of government neglect. They are now leading actors of social movements in the region. We now find ourselves looking at a generation that will not stop fighting for a better life for their communities. Youth movements in the Pacific have managed to agitate consciences, reach far places in the world, where our voices were never heard. These voices now claim for dignity and for stopping inequality by generating opportunity. These voices are no longer a senseless echo for powerful elites in Colombia.

As a community, Afrocolombians are not yet free. We are not aware of what freedom looks like. Even though physical chains broke 300 years ago and slavery doesn’t exist in that form anymore, we have other chains that restrain these communities from living in a dignifying way, as human beings. We continue to be de-humanized, ignored, marginalized. We haven’t broken those chains. Yet, Afro communities continue to be hopeful and convinced that someday we’ll be free.

These strikes have not ended, they are suspended. The agreements reached with the government in Buenaventura and Chocó are subject to a very rigorous follow up and community monitoring and oversight. If the government somehow does not honor the agreements, the civic committees for the strike will mobilize again.

In Buenaventura, the creation of an autonomous fund of 500 million dollars to support investment in health, water and sanitation infrastructure, roads and education was agreed. The government has committed to passing a bill through congress to create such fund.

In the end, the main actors of these civic protests where the people of the region who supported the negotiation committees and went to the street to back it up. The Pacific stood united, its communities where able to see how powerful they really are when bound together in a common purpose: regional dignity.