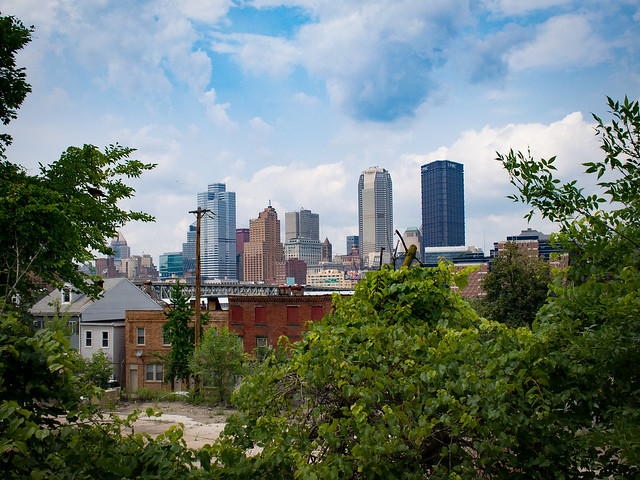 This list will come out in two parts, but here’s the full list in case you don’t make it over to Part 2.

After reading Dillard’s Pilgrim at Tinker Creek last year — one of the most striking meditations on nature and wonder I’ve ever come across — I resolved to make my way through her other work at some point. Moving to Pittsburgh for the summer, and living down the street from her childhood home, provided the perfect impetus to pick up this memoir of childhood and of becoming.

Reading Dillard at any inflection point – any transition of seasons or of self – can feel startling in its intimacy. She writes about time, loss, and change with a clarity borne of mundane events made beautiful and meaningful. And after a year in which I’d gone back and forth from deeply introspective to charging forth just to get through the semester at times, her writing has the power to open oneself back up to the world and its small pleasures and horrors.

There’s a comic book store in Union Square, Somerville, that is perfect to peruse on a weekend afternoon, and as a relatively new appreciator of graphic novels and comics, I was delighted to find John Lewis’s autobiography writ in strip. This final volume in the series begins with the bombing of the Sixteenth Street Baptist Church in Birmingham, Alabama, and courses through the rise of the Mississippi Freedom Democratic Party, Freedom Summer, Selma, and the passage of the 1965 Voting Rights Act, with all the attendant triumphs and setbacks in between.

I delight in Lewis’s heroic life being rendered in graphic form, not only because it’s beautifully and creatively done but for its accessibility and the elevation of his and his fellow organizers work to a higher realm. The narrative feels so genuinely Lewis: at once humble and conflicted while also filled with resolve; his voice is enhanced by, not lost among, the drawings.

Josh Jelly-Schapiro, Island People: The Caribbean and the World

One of my favorite repercussions of having worked briefly as a writer and an editor is the occasion to read my former collaborators’ books, in part because of a better understanding of what a feat the book actually represents and for an even stronger sense of voice one can pick up in the text. It was, then, doubly joyful to read a collaborator’s book in so many ways tied to my past studies on Latin America and social movements.

Jelly-Schapiro’s work of reportage, cultural criticism, and historical interpretation spans the entire Caribbean, a task both daunting and artfully surmounted through true characters and a deep understanding of the region and history that allow connections to come about organically. Josh ascends to the heights of his intellectual crush and Trinidadian journalist C.L.R. James in his ability to speak as fluently about the origins of modernity in the Caribbean as he is about the role of the clave in Afro-Cuban music, son and salsa included, or the universality of Premier League soccer.