Punk, Self-Determination, and Solidarity Post-Maria: An Interview With Félix Rodríguez of El Local

Félix Rodríguez is one of the owners of El Local en Santurce, a music venue and solidarity space in San Juan. Following the devastation of Hurricane Maria in 2017, Rodríguez and other venue owners developed the venue into a mutual aid space that assisted the community in the aftermath. In the interview below, Rodríguez discusses the space, punk rock in Puerto Rico, and the relationship between music and social activism. 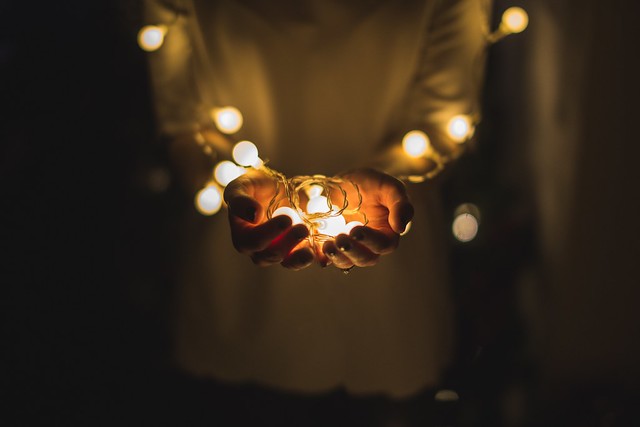 What is the history of El Local in the neighborhood?

Well, El Local was founded around 2008 by a group of young women interested in promoting and producing edgy, alternative art from a multidisciplinary perspective. They didn’t have much of a plan or a business model besides their main goal. In fact, they explicitly advertised the space as a sort of amorphous project without a defined mission or identity. The space was quite different from what you can see today. I learned of El Local when I moved back to Puerto Rico in 2009. It was a place with no fixed business hours. If you were around the neighborhood and they happened to be open that day, you could come in and drink a local fruit shake or sorbet, eat simple snacks or maybe even read a book. It was more of a hub or meeting space for nonconformists, people at odds with the environment and culture that surrounded them. They did have a varied calendar of activities that was always changing. Eventually, the original founders continued on their individual paths, pursuing their own projects. It was then that the space was handed down to Melanie Berrocal. She took up the mantle and helped shape the venue as a nocturnal space while keeping the original edgy, artistic cultural scene alive. Under her administration there were more live music shows and she gave a lot of space to the punk rock scene which at that time was having a resurgence of sorts in the city. Melanie went on to follow her career in renewable energy. It was then, in 2011 that the current administration took over. It is comprised of a team of five people. It works as a sort of worker-owned coop, each with an equal participation. In many ways, the current administration, of which I am a part of, has given continuity to the original project and has expanded the facilities and opportunities for a wide variety of collaborators (mainly artists) to use the space as they see fit and thus contribute to the alternative cultural experience in the city.

Today El Local is recognized as a legitimate venue for music and art. Years of continuity and teamwork have made El Local a hub for a community of creatives that grows together and influences each other. From our modest platform we have seen many artistic projects from birth, we have seen them grow and some of them have even gained international success. As recent as a few months ago, one of the bands we have been working closely with since their first days, Señor Langosta, won best funk/fusion/jam album at the Independent Music Awards in NYC. We are very proud and thrilled that their music is now being heard all over the world because of that.

Integration with the surrounding neighborhood has always been complicated. Our cultural agenda offers a vibrant, youthful energy to a neighborhood that has experienced marked decline due to an extended decade long economic crisis, mass emigration and an inevitably aging population. However, we have managed to find a balance that allows for healthy coexistence.

Can you describe punk in Puerto Rico? I understand that El Local is not the only representative, but I’m interested in your thoughts.

As I said, I came back to PR in 2010, so I was not exactly immersed in the local punk scene to see it grow and evolve like it certainly did while I was absent from the island. I came to it almost by accident and don’t consider myself to be part of that scene, perhaps my role is more of an enabler, one of many in the city. Punk rock in PR has a long history of ups and downs. In the nineties it experienced a sort of golden age, it was a decade filled with energy and creativity inspired in punk rock  music and aesthetics. Many bands popped up all over the island and gained grass roots following, but the scene remained a small sub-culture. Around 2010, when I moved back to PR, I witnessed a kind of revival of that 90s feeling aided by on-line technology and actual success stories like the internationalization of bands like Davila 666. It inspired many and it felt like there was a generalized optimism among musicians that made them feel as though they can also make it. More bands organized their own tours outside of the island and this produced more support and enthusiasm from fans within the island. The scene here has always been reduced in size, for obvious reasons. We are a small island with a dwindling population. It’s like a small town where everybody knows each other and where they come from. It feels very intimate and there is a strong sense of community that transcends music genres. To achieve anything in PR, you have to foster alliances between cultural groups that would otherwise be unthinkable in places like a big city. I think this is a positive trait, it gives the local scene a special sense of eclecticism and diversity that produces interesting results.

Can you describe the community of El Local?

I would describe the community that gathers at El Local as diverse. Because of the above mentioned circumstances, the place tends to attract non-conformists in general. Being a nightlife venue ages range mostly between mid to late twenties and mid 30s, but there are people of all ages. Some events might might attract a younger crowd and others a more mature crowd. They tend to be creative people in general that find a welcoming safe space free of prejudices.

What is the relationship between punk and social activism?

As an outside observer, my impression is that the relationship between music and social activism can be a bit fragmented. I know of individuals that are very dedicated to social causes and are part of the music scene. Some of them carry their activist message in the content of their music and it is well received by the public. Nonetheless, if you really want to take significant steps in that direction it’s best to diversify and invest energies in other platforms besides music. For example, there is a very good project going on now spearheaded by a local musician/inventor/creative that tries to collect discarded electronics and useful materials in general to give them a second life. During the Hurricane recovery efforts, it was one of the first places to offer workshops on how to produce and store your own solar power for your essentials at your home or community. It’s called El Almacen and it’s in the process of formalizing their structure to offer long term services to the public.

During our visit our class saw a lot of examples of self-determination and solidarity in San Juan. Can you describe the connection between punk and movements for self determination?

As I mentioned, my impression is that punk is like a type of school where you learn the potential and possibilities of self-reliance, and how to forge community. They are creative people, extremely enthusiastic about their causes and what they do, but music can only take them so far, moving forward requires another kind of impulse. The music scene offers basic tools and skills for self-empowerment, but it takes other means to move in the direction of social activism. In the case of El Local, for example, it took a natural disaster for the community that gathered there to self-organize to feed and help each other. The only thing we did was provide the space. From there, years of solidarity networks promoted in part by what we do on a daily basis naturally took care of the rest, self-organizing a full-scale Mutual Aid center.

Are there other venues like El Local in Puerto Rico?

El Local is not one of a kind in PR. There are other spaces that support local underground music, art and DIY culture in general. Perhaps we stand out because we try to approach our business from a non-commercial standpoint. Even though we are well within a legally established arts district, the government has made it impossible for us to get permits so bands and different acts can charge their own cover at the door. We have been subjected to tens of thousands of dollars in fines for this in the past, but we still stand because we like what we do. For some time now all shows and acts are free of charge. We are a no-cover venue. Bands and collaborators are paid with what we can give them from our sales. This gives an intimate and experimental atmosphere that we enjoy, but it doesn’t come without its problems and limitations.

Can you describe your plans for the future and for the next hurricane season?

For our future plans, we want to work on those limitations. We need to be more politically engaged to eliminate the legal barriers that obstruct our growth, so that our collaborators can charge adequately for their work. We want to diversity our sources of income so that we can be self-sustaining and not require so much sacrifice from the workers and collaborators that make El Local happen. We also want to improve our facilities and provide more opportunities to create, collaborate, and continue forging community. In the event of another natural disaster, we will be here again, ready to help, offering the space for people to self-organize in the ways they fit and reap the fruits of working daily in community.

Saritha Ramakrishna is a second year Master in City Planning candidate at MIT’s Department of Urban Studies and Planning, originally from Phoenix, AZ. Recent work of hers has appeared on LitHub and she also writes for the Boston Hassle.