In Dakar, Accra, and Johannesburg, three women are developing urban cultural spaces for African children centered around play and learning. Curious to understand what they might learn from each other’s experiences they engaged in a Q&A triangle. This is the second post in the series where Amowi Phillips of Mmofra Foundation in Accra, Ghana interviewed Karima Grant of ImagiNation Afrika in Dakar Senegal. 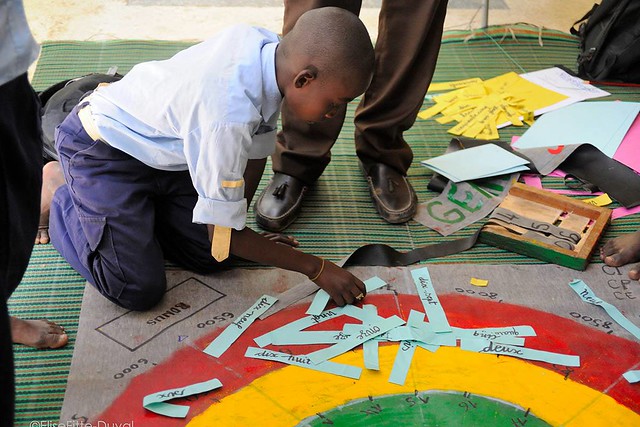 Amowi Phillips: I was recalling when I first found Imagination Afrika in 2011. We were so excited that someone was speaking the same language as we were in Accra. I want to start with the observation that more and more children are growing up in cities. Is this the reality in Senegal too?

Karima Grant: Yes. As in other places there is intense migration towards urban areas as structures fall down or are non existent in rural areas. In fact, about 40% of the population of Senegal, in cities and rural areas, are between 0 and 14 years old.

Amowi Phillips: Yes, it’s a similar statistic in Ghana. Are Senegal’s civic and governmental institutions responsive to these demographics? Where would you take me and what would you show me to help me understand the quality of life the city is able to offer children in Dakar?

Even in neighborhoods with more resources we have two or three designated play spaces and they tend to be very poorly kept up and they aren’t necessarily child responsive.

Our mayor built a lovely playground by the sea. But there are lots of little technical problems. It is made out of plastic so when it gets really hot children can’t play on it. So you can only play on it in the late afternoon.

There used to be much more green spaces to play in. Now we don’t have so many trees. Amowi, what I love about your play space in Accra is how green and wooded it is. We don’t have a lot of trees left in Dakar. 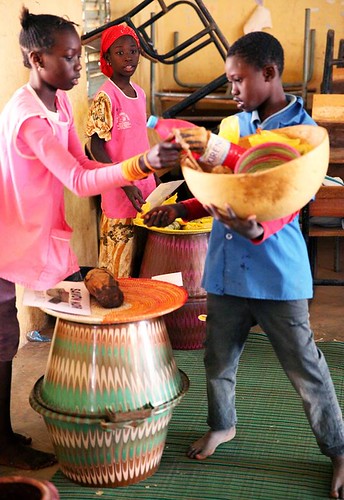 Amowi Phillips: Yes, we too have a great deal of pressure on green space in Accra. Can you tell me about ImagiNation Afrika’s concept?

Karima Grant: ImagiNation Afrika has three programs – two, Nomadic Learning and Generation 2025, are ‘museums without walls’. This allows us to reach ALL children regardless of their geographic location.

Ker ImagiNation is our physical site, which we’ll be opening in November of this year. We are currently fundraising for construction costs with a crowdfunding campaign. It is probably closest to what in the US people call a children’s museum. We call it a cultural and educational hub; a site where we’ll bring children together to create democratic spaces for them. A big concern that we are trying to address is that there just aren’t enough spaces for children who come from different socioeconomic backgrounds to come together to play.

The idea is for us to have a space where children can come and know each other and play. They can play around games and concepts that are pertinent to Africa.

We give children the chance to test out the skills they’ll need for “development” but they do it through play.

In one of the first conversations I had with you, we discussed this idea of a play space being more than just a physical building. So when we were looking for our physical space I was really clear about it including outdoor space. The space we are in right now is right on the water, on the edge of a traditional fishing village. It is really important to us to be able to change children’s relationships between built structures and the environment.

It is great to have a children’s museum but as a concept that is coming from Africa, I find myself asking, how are we going to challenge and redefine what that looks like? 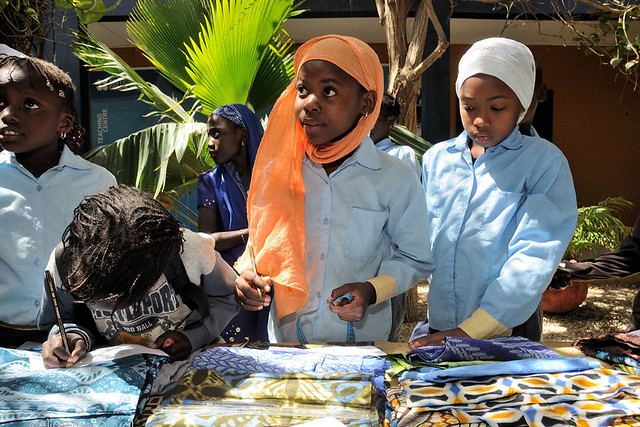 At the Tailor: another play station on the Math Caravan. Photo Credit: ImagiNation Afrika.

Amowi Phillips: Do you find that you are reaching children across the socioeconomic spectrum through ImagiNation Afrika? And, how do you do so and manage to cover all your costs?

Karima Grant: We spent a tremendous amount of time working on this question of access because we knew that when we got our site that it had to help us become sustainable and we wanted to make sure that our communities could continue to receive the services that we offer both on and off-site. Right now we are about 95% dependent on donors and grants. Through Ker ImagiNation we are looking to reduce our costs by having admission fees and paid programming to help offset the costs of the museums without walls.

Access for all children is one of our declared values so we are being very intentional about it. Currently, we actually reach children with less access than with more access. The goal of Ker ImagiNation is to have these children come together.

Our physical site is between two communities: a very affluent expatriate community and a traditional fishing village. One of the things we did immediately was to partner with the fishing village to say here is our plan, how can the children of this village help us develop it, create it, and design it so that it is theirs. It becomes less of a questions of accessibility if they already own it.

We aren’t treating accessibility as an afterthought. It is so core in our values that we have integrated it into our planning. We have to make sure that all children are there; otherwise we aren’t doing what we say we are doing. 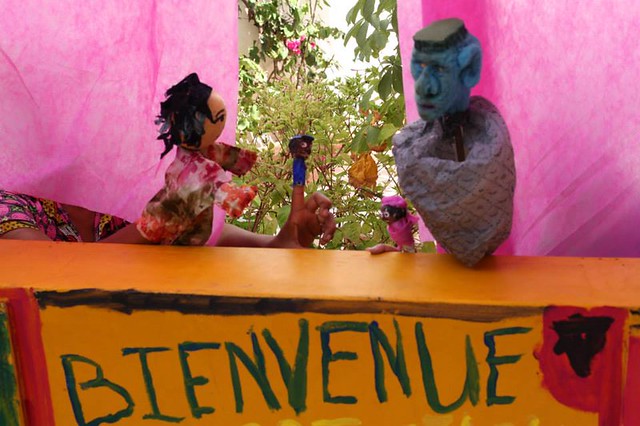 Amowi Phillips: I find it really interesting that this has been so key in all the discussions we’ve had. How do you see our various initiatives around the continent collaborating?

Karima Grant: We have to begin to see ourselves as resources to each other. We have to be Pan-Africanist and see Senegalese or Ghanaian or Egyptian or South African children as African children. So that yes they have circumstance specific things because they are born in Senegal or Ghana but so many of our children are beyond borders now. They are born in one place to parents of two different cultures and end up living in a fourth culture. We are reducing the accessibility if we don’t think Continental.

Amowi Phillips: I agree so much with this. In our park we are trying really hard to make use of African inspiration as much as possible.

Karima Grant: One thing that I think would be interesting for us to do is to come up with a statement that defines and differentiates us from what is going on in other places. Language creates your reality so we shouldn’t be forced to use the language of children’s museums in the US and other places if they are not entirely pertinent to our realities.

There is an opportunity for us to collectively define what it is we are doing, Once we are able to articulate what we are doing in terms of development, and increasing urbanization in Africa cities I think so many more things are able to happen because people will be able to see that the work we are doing is about innovation.