Seeking Refuge: An LGBT Asylum Seeker’s Experience in the USA

This post is part of Thesis Chronicles where thesis writers share stories and findings from their research projects. 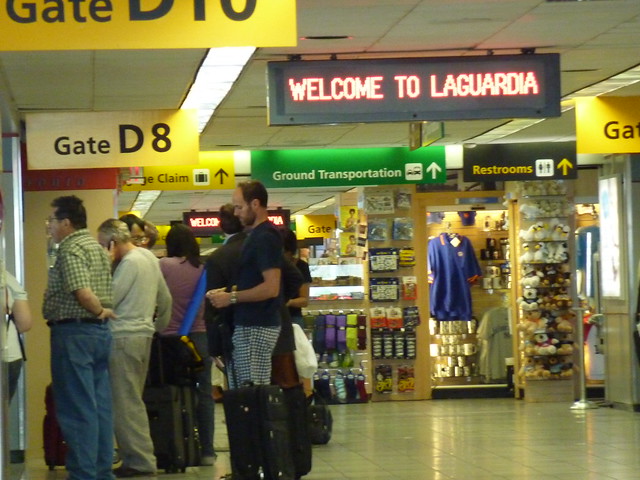 Gabriel, a young man from Jamaica, came to the United States in January of 2015, arriving at La Guardia airport in shorts and a t-shirt. His boyfriend met him at the terminal and rode with him into the city. This train ride was a critical moment for Gabriel. It was the first time in his life he felt comfortable enough to be himself in public –- openly gay and seemingly free of harassment or violence.

But, what happened on this train ride was also a first and painful example of the contradictions associated with seeking asylum in the United States on the basis of sexual orientation or gender identity. On this ride Gabriel was publically harassed because of his sexual orientation. A group of young men started yelling homophobic slurs and making threats, forcing Gabriel and his boyfriend to flee the train and painfully jump back into the closet.

Gabriel left Jamaica aware of how close he was to being violently harmed. A few months before he departed for the United States, his close friend and confident was killed because of his sexual orientation. According to Gabriel, this act of violence was the turning point for him: he suspected that it was inevitable that he, too, would be subjected to such kind of rage if he stayed in Jamaica.

When I first met with Gabriel, he recounted how he self-policed every move, facial expression, or type of clothing he wore back in Jamaica so that no one would think he might be gay. Emotionally, he recalled, “If you make a certain face then they will call you gay, if you wear these clothes, then they will call you gay; if you hang out with the wrong people, then you’ll be labeled gay; and, if you’re gay, they will send a mob out to get you.”

Gabriel entered the United States on a visitor visa that was valid for six months and throughout this period of time he continued to self-police his sexual orientation and identity as a gay man. Over the course of four months he moved around within his network of distant Jamaican relatives and family friends in the New York City metropolitan area, being careful to only come out to those people he knew wouldn’t give him any trouble because of his sexual orientation. The day before he was scheduled to return home, he connected with Immigration Equality, a prominent legal aid organization based in New York City and began the application process for asylum instead of boarding his return flight.

The prospect of gaining refugee status was finally within reach but full of irony and contradictions. Immigration Equality suggested to Gabriel that he contact the Worcester, Massachusetts-based LGBT Asylum Support Task Force for assistance during the asylum application process. Initially, Gabriel was uncertain about Worcester. It is a relatively small town that he had never heard of. In the end, Gabriel decided to put the dream of moving to New York and living in the city on hold while he became a part of a community that provided the support he needed to work towards asylum in the United States.

After living in Worcester for a year, Gabriel found it to be an attractive place because as he put it, “There is belonging among other gay Jamaicans in Worcester who have moved here [because of the Task Force]… And you can couch surf with other asylum seekers and feel a sense of compassion.” Such a community allowed Gabriel to find a greater sense of security but his process of negotiating his identity was far from over.

When engaging with the Jamaican diaspora in Worcester and the Boston metropolitan area, Gabriel was cautious. He explained that engaging in mainstream Jamaican community events was either an exercise in going back in the closet, or an invitation for harassment. Gabriel’s experience of feeling unwelcome with the Jamaican community in the United States was not unique. As part of my thesis research I interviewed dozens of LGBT asylum seekers, for whom exclusion from the wider diaspora community proved to be isolating. This exclusion increased vulnerability on a range of basic needs, from the ability find a bed to sleep in, to the informal connections often needed to find part-time employment.

The definition of Gabriel’s community during the asylum process was in part linked to safe spaces found in Worcester – his home, the basement of the community church to which he belonged, or the living room of his best friend’s apartment. But, his heritage as a Jamaican was also critical in defining his core group of friends. He held on to the values, language, and familiarity of his country of origin, finding comfort not in the mainstream diaspora community but within a sub-sect of young LGBT asylum seekers of Jamaican origin.

The unique hurdles LGBT asylum seekers overcome in order to form a supportive community during the asylum process is just one reflection of the heteronormative asylum regime in the United States. In my thesis, I explain further how the unique challenges faced by LGBT asylum seekers fundamentally restrict basic rights and ultimately a sense of belonging. The paradox of seeking asylum in the United States as an LGBT person is that even as refugee status nears, LGBT asylum seekers continue to face discrimination within American society: in employment, housing, healthcare, and other social services and public spaces.

In the end, the differential between an LGBT asylum seekers experiences and those of the heteronormative mainstream leads one to wonder: When is refuge ever truly gained?