Posted July 22nd 2018 at 7:01 pm by Brittany Wong
in Sensemaking through Sound 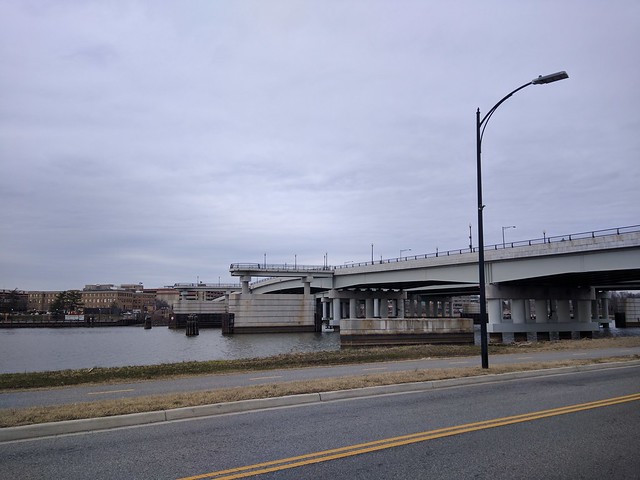 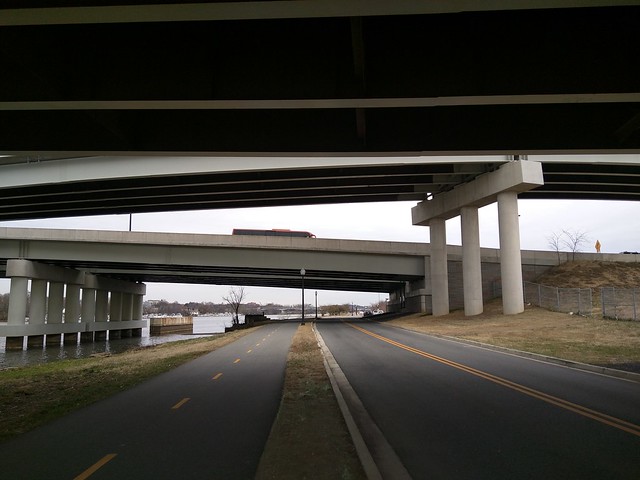 This urban soundscape was recorded directly under the 11th Street Local Bridge on Anacostia Drive near the Anacostia River in Southeast Washington, DC. The bridge is a part of the 11th Street Bridges, a complex of three bridges across the Anacostia River that connect the neighborhood of Anacostia with the city of Washington, DC. To the west of the bridge, stand the old concrete piers of the former 11th Street Bridge, which will be repurposed for the proposed 11th Street Bridge Park. To the east of the local bridge are the two other spans, which carry Interstate 695/ Southeast Freeway traffic. I chose this specific location because of its proximity to the proposed 11th Street Bridge Park (the focus of my research) and in wanting to know how the traffic from this bridge could impact future park visitors in terms of their mental and physical health. I recorded the soundscape on Saturday, March 17th around 4:00pm, hoping to catch the flow of weekend traffic moving through the area on the ground and overhead. 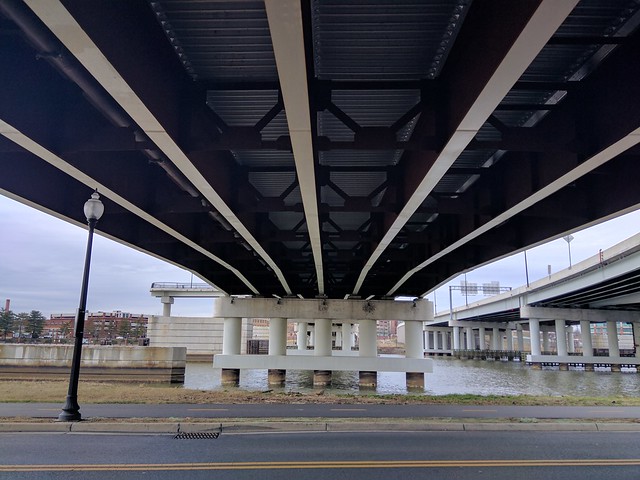 Although this location is near the Anacostia Riverwalk Trail, there happened to be no one using the trail that day. The predominant sounds that can be identified in the recording are those from vehicles, which are layered over the very subtle sounds of the river flowing downstream. The human element, while lacking, would have most likely been drowned out by the overpowering sound of the cars driving overhead. At one point, you can hear the wind blowing past the recording device as the combined sounds of the city hum in the background. When listening to the soundscape, it reminds me of being in a parking garage as the cars on the next floor up are driving down the aisles looking for a parking space. For me, none of the sounds are unwanted noises in this experience. While there is a consistent sound of the cars running over something, the repetition forms its own rhythm. In listening to the patterns of these sounds, they provide clues that help us identify the types of vehicles driving overhead — short and fast may correspond to regular cars, while long and slow may correspond to larger trucks.

After listening to the recording, I noticed that the audio does not fully capture the the aural experience I had at the site when it was recorded. The sounds of the cars passing overhead echoed much more in-person and evoked a greater psychological response of anxiety. Additionally, the noise from the cars driving by me on Anacostia Drive was not as noticeable. On the other hand, my reaction while listening to the same sounds on the recording is very different and could be due the loss in audio quality. In the recording, the distinction between those two sounds are reversed — the sound from the overhead cars on the bridge are muted to the level of ambient noise, while the cars passing by can be heard much more prominently and clearly. The one sound that remained constant in both of my listening experiences is the emergency siren heard at the beginning of the recording.

Having grown up in large urban cities for most of my life, I have gotten used to always being around cars, whether driving on the road or walking in the city, and to the ambient sound of cars driving on the streets and even the sounds of rush hour traffic, which may explain why I did not originally notice the sounds of the cars driving by me as I was recording. Another effect of living in urban cities is that I have become somewhat desensitized to the sound of emergency/police sirens ringing in background. The house I lived in during college fronted a major thoroughfare that only had a 20-ft setback from the street and I would often hear the sounds of sirens in my room as the emergency vehicles drove by at least once a day. Combined, the sounds of vehicle traffic and emergency/police sirens are typical in most cities. However, sirens are a common sound southeast of the Anacostia River in the neighborhood of Anacostia, as the area has been plagued by a high crime rate relative to the rest of the city in the past several years.

In choosing this location for my soundscape, the aural data I captured provided me with another lens through which I can understand the complexities that go into placing an urban park on a bridge. Furthermore, I have gained insight on how the noise and pollution from the vehicle traffic on the neighboring local bridge could impact how the residents of Wards 6 and 8 as well as visitors to the proposed 11th Street Bridge Park use the park space. Further examination on whether the design firm looked into these health concerns when designing the bridge park will be a new avenue of research to explore and reveals links to environmental justice issues.