Posted July 29th 2018 at 9:33 am by Sarah Latimer
in Sensemaking through Sound 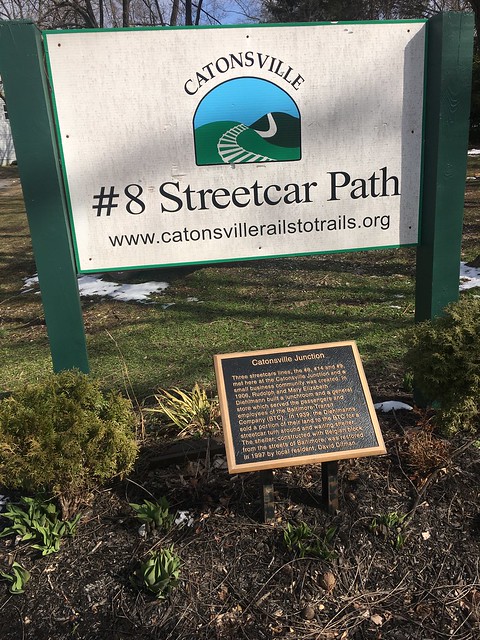 The Catonsville Streetcar #8 path in the town of Catonsville outside of Baltimore, MD, USA empties out near the Edmonson Avenue/Dutton Avenue intersection, behind the 7-11 directly on Edmonson Avenue and facing a series of shops across Dutton Avenue at 39°16’23.0″N 76°45’09.1″W. The trailhead ends in a round cement area of about 100 feet across, with a small, brick shelter labeled “Catonsville Junction” in the center. The 1939 station has been preserved and is the center point of the trailhead. The sounds of the trailhead, recorded midday on a Sunday, depict its many uses. Not only can you hear birds from the nearby trail, but you can also hear traffic from the road the trail leads to. Noise from cars using the cemented trailhead as an unofficial turn-around space also interrupts the sounds of birds and boys playing on their bikes in the cemented space. The sound of a group of boys with bikes and skateboards standing and talking at the trailhead wavers in and out. As they leave the space, the sound of wind across the flat area takes their place. 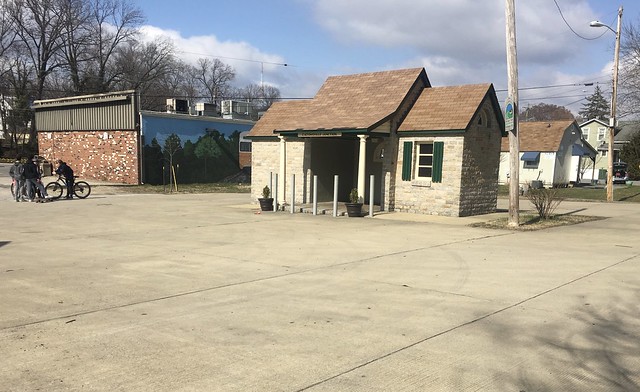 As someone who has lived in the liminal spaces between rural, suburban, and urban, the sounds of the trailhead were familiar to me as the sounds of nature contrasted with that of traffic. However, as I heard birds in the beginning of the recording, I was disappointed when their sound was drowned out by passing trucks. The sound of boys talking and bike wheels rolling along the pavement was also familiar to my own childhood spent biking around my neighborhood and to the local shops. As an environmentalist and naturalist, I was better in tune to the sound of birds over children and traffic. At the end of the recording, the volume of the wind was surprising to me, and allowed me to note how the space could be a place for quiet and reflection as no other sound could be heard in the recording. The last sound of wind made the space seem somewhat distant or isolated, as the wind took over all other sounds in the recording aside from the sound of a lone crow. 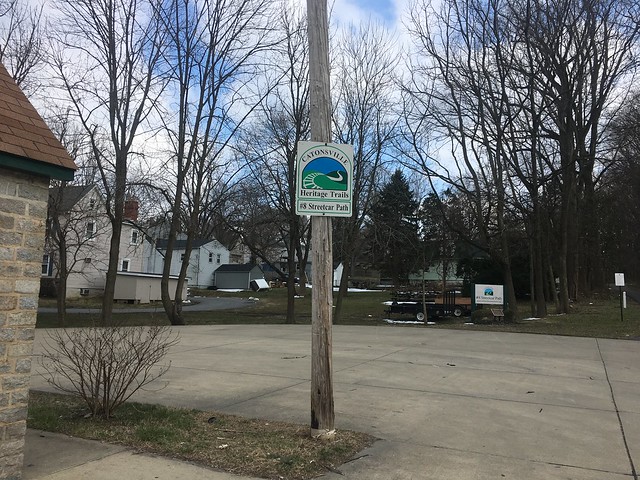 This aural data highlighted the trailhead’s multiple uses as well as its role as a transitional element between nature and urban activity. From this data, I can gather that the space is home to a variety of uses, from a greened urban area or a meeting place for children, to a gateway for passing cars. I can also better understand how the trail conflicts with the urban area, as the sound of birds competes with, and loses to, the sound of traffic. While the beginning of the recording notes the space’s connectedness, from the greened habitat and trail to the road and shops, the end notes its distance or distinction as a single space separate from what it is connected to as the wind wins over all other sounds. 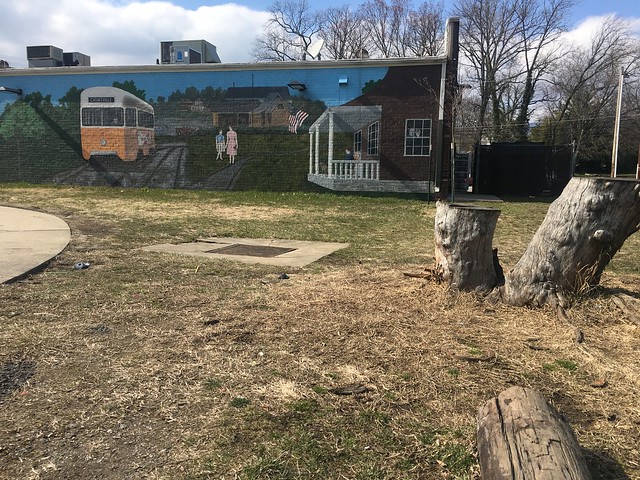