This soundscape was taken at North end of Diamondback Drive, where it becomes Ellington Boulevard. This is also the border of Rockville and Gaithersburg in Montgomery County, Maryland, USA. (see pin below). 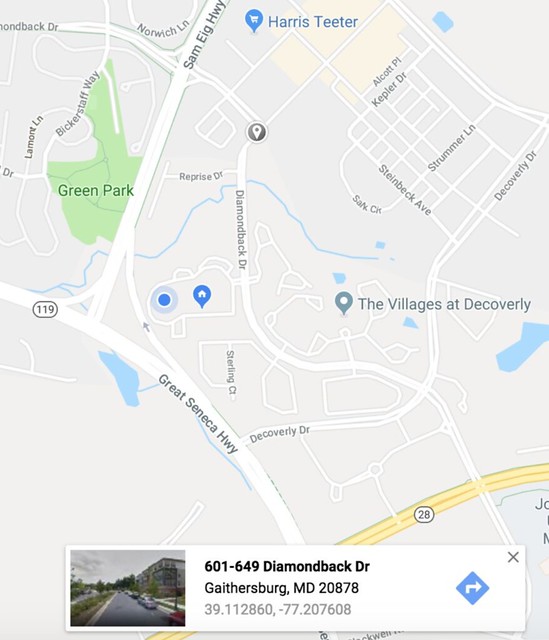 I chose this location in order to contrast it with environmental observations I made at the South End of Diamondback Drive, where it intersects Key West Avenue (MD-28). Thus, I have collected data on the North and South end of the Decoverly neighborhood that is the focus of my investigation. 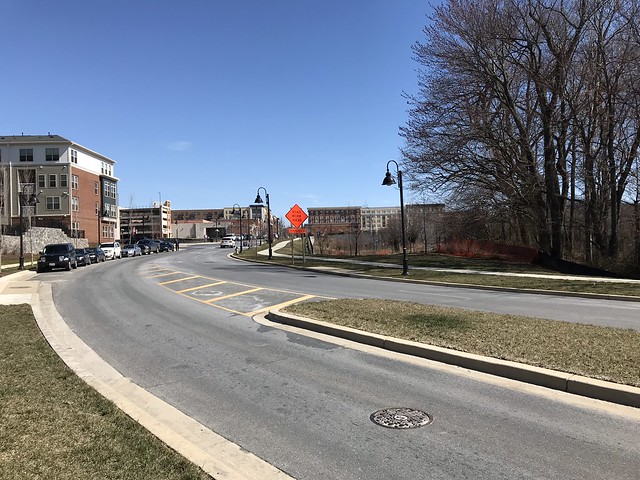 One of the key features of my soundscape is the buzzing of construction tools in the background. The brand new Crown development, in Gaithersburg, (20878) abuts Decoverly, which is in Rockville (20850). The entire Crown site – a former farm – was developed within the last three years and parts of it are still under construction. From my location at the edge of Diamondback Drive, during the recording and in my review of the audio file, the sound of the construction was not particularly annoying. It was far enough away from my site that was a dull hum. Nonetheless, its presence was a signal that we were transitioning out of the older, established neighborhood into a new one. The contrast between the Decoverly neighborhood and the Crown development is visually stark, echoed by the construction sounds in this audio recording. 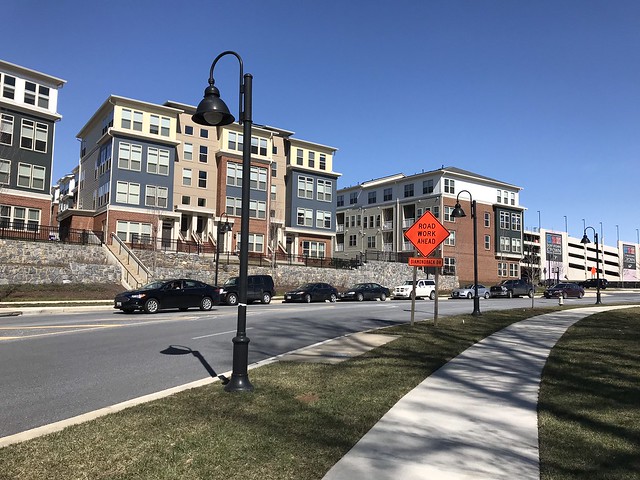 The number of cars passing by in this soundscape was also notable and contributed to the sense of transition. In addition, the sound of a car honking was characteristic of the urban theme of the mixed-use Crown development cultivates, a departure from the traditional private residential neighborhood that is Decoverly. The car honk is a frustrated sound that also evokes a sense of dissonance between the two cultures, of somebody annoyed by the inconvenience of someone else in their space, delaying them or simply disrupting the continuous rhythm a driver expects to have on a street they regularly traverse. While I cannot interpret what the honk was for or identify by whom it was made, it brought back frustrated feelings I’ve had by newcomers or visitors to the Crown who are not as comfortable on the streets as I am, a resident of the Decoverly neighborhood and witnessed the growth of Crown from scratch. For example, I know the pattern of red and green lights at the intersection of where Diamondback hits Sam Eig Highway and I can easily tell which drivers do not appreciate how short the green lasts and how long you have to wait for the next one.

Furthermore, the varying speeds of the cars similarly evoked the same dissonance between people who know the streets and have expectations of them, and those who do not or are still learning. 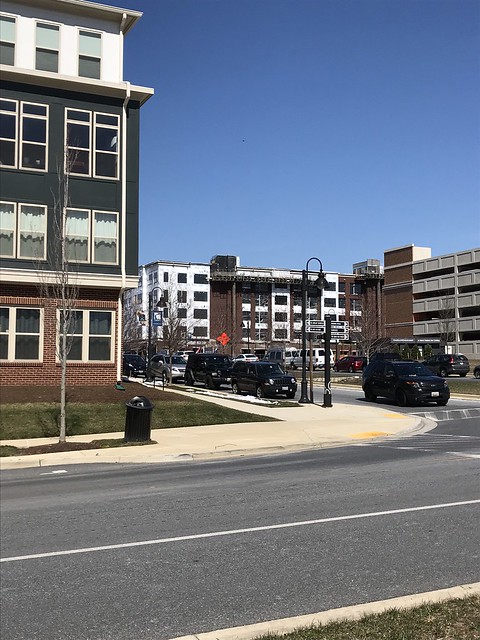 My investigation is an inquiry into the placeness of Decoverly, which is technically in Rockville, Maryland. Geographically, it is far closer to Gaithersburg than to the center of the City of Rockville but as this soundscape demonstrates, the identity of Decoverly does not fit in with the up-and-coming, youthful atmosphere of the Crown and indeed the vision for growth and identity of the City of Gaithersburg. 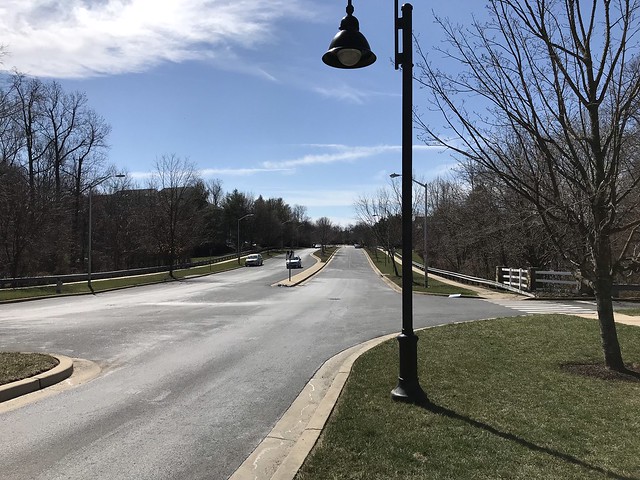