Posted September 2nd 2018 at 8:16 am by Meagon Staton
in Sensemaking through Sound 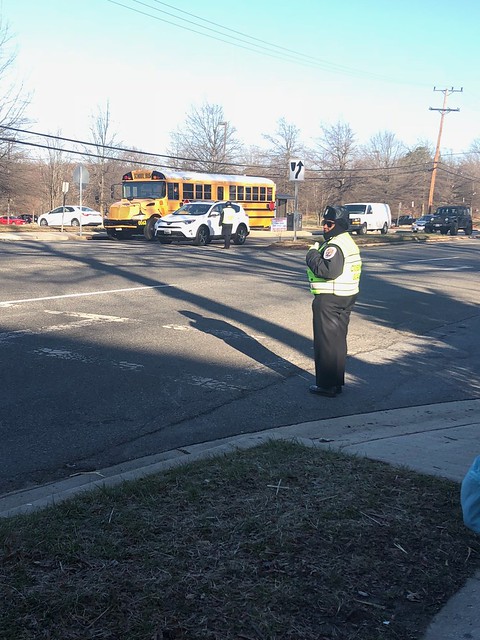 This soundscape was taken in the 6000 and 7000 blocks of Adelphi Road between Underwood Street and Calverton Drive and directly across from Northwestern High School in Hyattsville, Maryland in the United States. The particular side of the street that it was captured from can also be considered the very outer bounds of the Town of University Park. It is important to note for this soundscape that sounds were captured as I walked down the sidewalk from Underwood Street towards Calverton Drive. The sounds were captured while moving because, as an adult walking near the school at drop-off time, I was decided that standing still might cause alarm among students, the crossing-guard staff, or parents that were nearby. It was also useful to continue moving because the scope of my project focuses on the experience a student walking to school might have, which I felt that moving would better capture than standing still, since students are unlikely to stand still on their walk to school as well.

My reactions to the sounds were likely a good bit different than others. I was surprised by how loud some of the traffic was and the crossing guard’s whistles were also loud to me, causing me to feel like I should move faster through the space. Others, such as students waiting to cross to get to school grounds, seemed unfazed by the loud sounds. They remained focused on walking forward and waiting for their chance to cross. 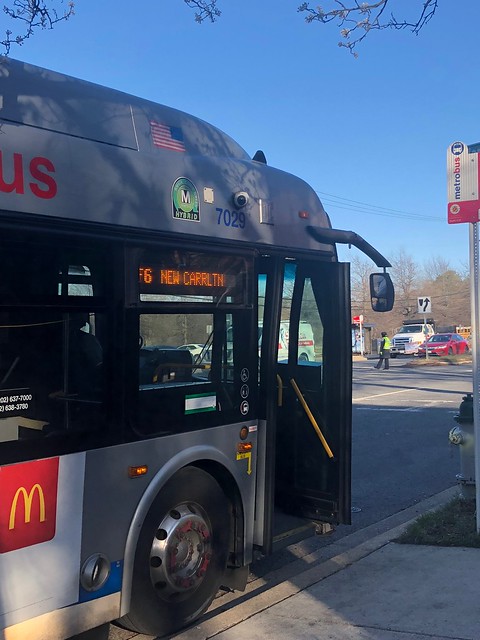 One other sound that I did not pick up on while I was walking but later found to be interesting when listening to the soundscape again was the sound of a bus that pulled up next to me at a bus stop as I was passing through. It turns out that the bus had an audio recording that let passengers know what stop it was and what stop was next.

Since I was an outsider and not one who usually walks in places with heavy automobile traffic and congestion, the sounds that I found myself focusing on where the squealing of brakes and the sounds of exhaust that propelled the cars forward. It is likely that if I were around these areas more often, or were a student who regularly passed through this space, I would not have picked up on those sounds so quickly and they would not have been so memorable for me. 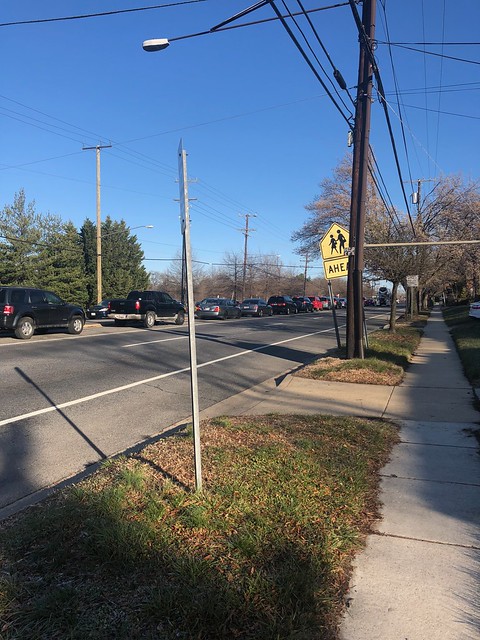 This aural data contributes to my learning and understanding of the place by showing me what a typical student walking to this particular school might hear on a daily basis as they completed their morning walk to school. Some of the sounds represent things that I could have only captured at that specific time of day – such as the crossing guards blowing their whistles to conduct traffic. Since my question is about the experience of walking to school and whether it can be considered safe, I believe these captured sounds represent a wide range of the concerns and safety implementations that are in place. For example the sounds of the crossing guards represent safety measures that have been put in place, and perhaps a policy that is working to do what I was most concerned about, while the sounds of the traffic and congestion raise questions about air quality and noise pollution that may range from being a small irritation to being a serious issue depending on the level to which students that are walking or riding their bikes are exposed to it.