Posted September 9th 2018 at 9:00 am by Nicholas MacKereth
in Sensemaking through Sound 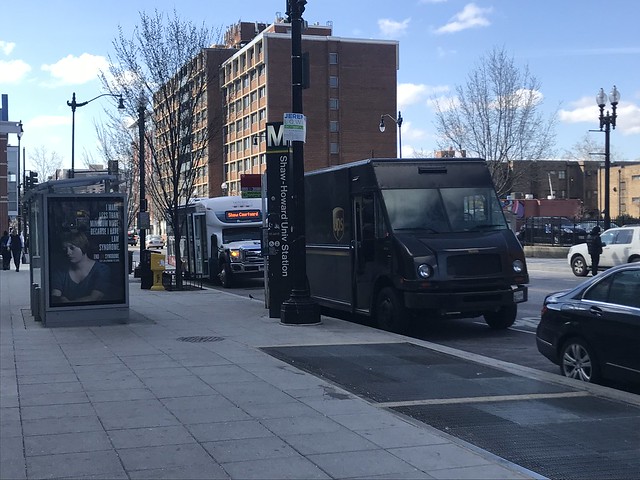 This soundscape was recorded March 26th, 2018 at 8:58am at the Shaw/Howard University Metro Station entrance located at the corner of 7th st. NW and S st. NW Washington D.C. 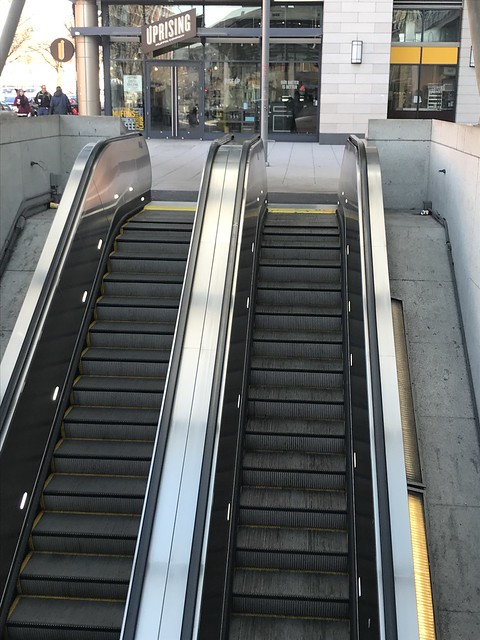 The soundscape begins with the sound of birds chirping, which from my experiences, provides a great symbolic representation of a beautiful Spring morning. Other sounds which are most notable for me are the sound of stiletto heels walking on the concrete sidewalk, the sound of cars driving by on 7th St. NW, and then, towards the middle of the recording, is the sound of a metro car entering the station below. Other sounds which may not be as noticeable is the sound of the escalators which allow passengers to enter and exit the metro station, as well as a “clink” sound, which is made when a metro rider steps on one of the metal ground plates which are located right next to the metro access. One sound, which I expected to hear on this soundscape, which is surprisingly not heard is the sound of a human voice. This soundscape was taken towards the tail end of rush hour on a Monday and the station was quite busy. As I was recording, I believe at least 20-25 people walk by, however, this soundscape did not capture any of them speaking. 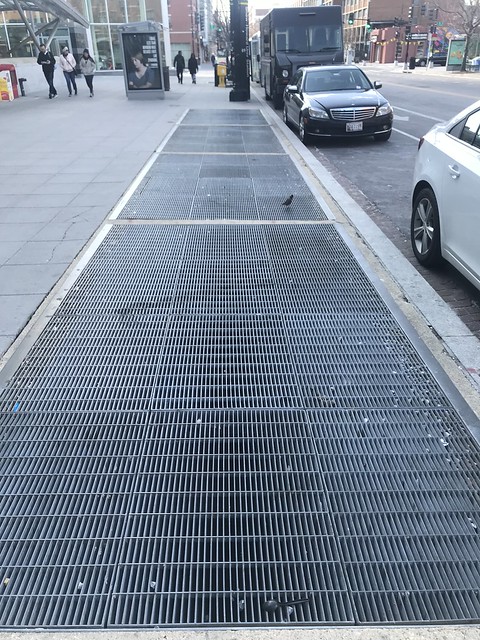 How each of us perceive and decipher any soundscape, is built from each of our own past experiences and knowledge what has molded our perspectives. Growing up, my mother wore stiletto heels everyday to work and the sound these shoes make as one walks will always bring me back memories of my mother and her working. Another sound from this soundscape which I was easily able to recognize, which other may not be able too, is the sound of the metro car entering the station below. I have lived in cities for several years and my love of public transportation and city life has allowed this sound of a metro car entering a station to be ingrained as something I recognize and know.

I will mention, I attempted to record soundscapes two different days before this soundscape was recorded, however, due to heavy winds it was extremely difficult to distinctly differentiate sounds. This deep listening further focused my attention to details which I missed while conducting both my environmental and participant observations. One specific detail I would have missed, if not for the soundscape, was all the trash and cigarette butts which are lodged into the grated sidewalks which is directly above the metro station. This soundscape has allowed me to become more in tune and accustomed with the intimate and fine detailed parts of my research site. This soundscape has furthered my questioning of if my research questions for this site equate to any need, want, or use which would enhance the experience of metro riders or community members. 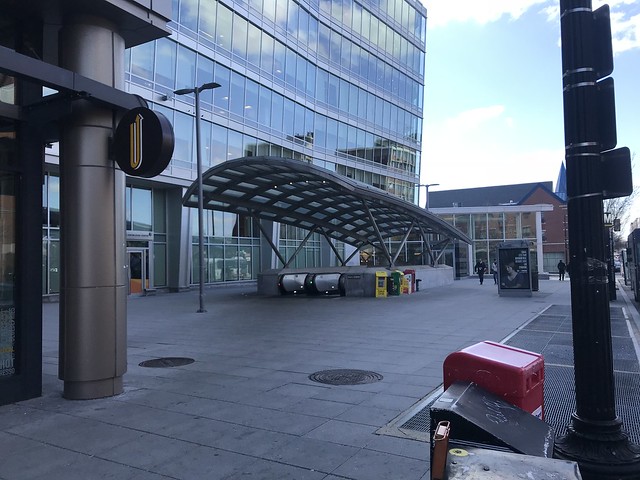