Telling the Stories of Malaysian Women at MIT’s Wolk Gallery 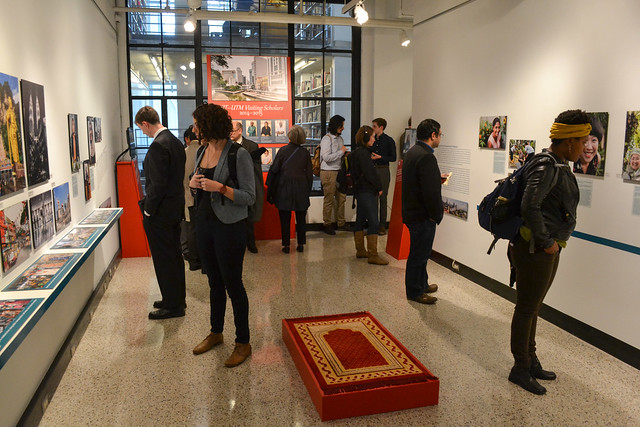 Through the end of the summer, MIT’s Wolk Gallery will house the multimedia exhibit, Female Faces in Sustainable Places: Malaysian Women Promoting Sustainable Development. The exhibit is part of the MIT-UTM Malaysia Sustainable Cities Program (MSCP), a five-year partnership between MIT and the Universiti Teknologi of Malaysia (UTM) to study development efforts in Malaysia. Below is a Q&A with Leslie Tuttle, the exhibit’s producer and Bettina Urcuioli, who provided curatorial assistance and is the Program Manager for the MSCP.

Leslie Tuttle (LT): When the MSCP got underway there was an interest in how we could introduce Malaysia to the larger MIT community.

On my first visit to Malaysia I was stuck by the role women were playing in professional life, in academic life and how animated and engaged they were in regular conversations. This ran counter to a lot of the stereotypes that people have in this country about Muslim women being confined and not outspoken and oppressed in many ways. While this is no doubt true in other places, the fact that these Malaysian women were so vibrant and engaged in the development process said to me, let’s show the world what they are doing. Malaysia is an example of a place where Muslim women are taking a very proactive role in sustainable development.

NE: Did the creation of the exhibit challenge any assumptions you previously had?

LT: Yes, there was a big breakthrough for me. I didn’t realize the extent to which the country’s minorities, the Chinese, Indians and Indigenous people, are part of the population statistically and also play critical roles in the development process. The minorities are often the social entrepreneurs who are taking the initiative to do things that might have been overlooked but that complement the government’s top-down policies.

The assumption I had was that we’d be following mostly Muslim women but we focused on some of the Chinese, Indian, and indigenous women to see how their roles were either similar to or different than the mainstream.

Bettina Urcuioli (BU): As we were developing the exhibit and viewing the footage and learning about these women I was struck by how open and frank they all are about the challenges they have been facing. I thought people weren’t going to feel comfortable talking about thinks like sexism and racism and the challenges that exist in a country that is Muslim dominant but these women didn’t shy away from the hard questions.

What I discovered through the process of working on this exhibit was that this is a community where the conversation can happen more openly than we might understand it here.

NE: What trends did you notice in the women’s stories? And what do their stories tell you about Malaysia?

LT: One of the things we discovered and found exciting was that this is a Muslim democracy. This isn’t to say everything is perfect but the possibility to speak openly and be critical of the government and policy and to be able to work towards certain goals not identified by the government is real and was great to see in action.

Another trend, I noticed, is the significant role education has played in these women being able to become who they are. The government supported free education decades ago. This allowed some of the women in the older generation to get training, advanced degrees and to become professionals and rise to roles of power. That investment in women’s education started early and has continued. In fact, there are more women in graduate and undergraduate programs in Malaysia than there are men.

BU: There is a real understanding of how critical capacity building is. All the women, regardless of what they are doing, play certain roles, as policy makers, educators, even government officials and its really fantastic to hear them all talk about the importance of cultivating and nurturing groups of people to keep things going. 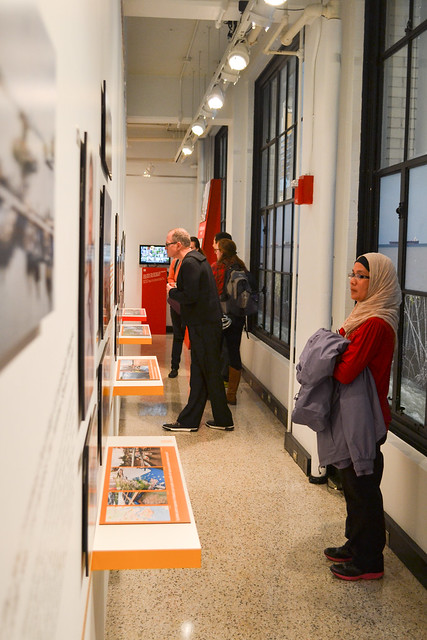 NU: How did the Malaysians who came for the opening of the exhibit respond to the exhibit? And what happens next?

BU: This exhibit and the opening got picked up at the highest levels of government in Malaysia, including the Prime Ministers cabinet. They were very interested in understanding what we were doing this exhibit for and what the content was going to be. As you might imagine, for them it was sort of an acknowledgment from people at MIT and in the West of their efforts and the intentionality that goes into elevating women. For the opening we hosted our partners from UTM, the Ministry of Education, the Malaysia Ambassador to the US, and members of the Royal Family.

Now there is a conversation about having this exhibit be shown in the iconic Petronas Gallery in the Petronas Towers in Kuala Lumpur.

LT: Actually, we never really asked the government whom they wanted to have in the exhibit. As the exhibit moves to Malaysia, there is an interest in adding more women. I’m curious to see whom they want to focus on and how they round out the picture on their end. 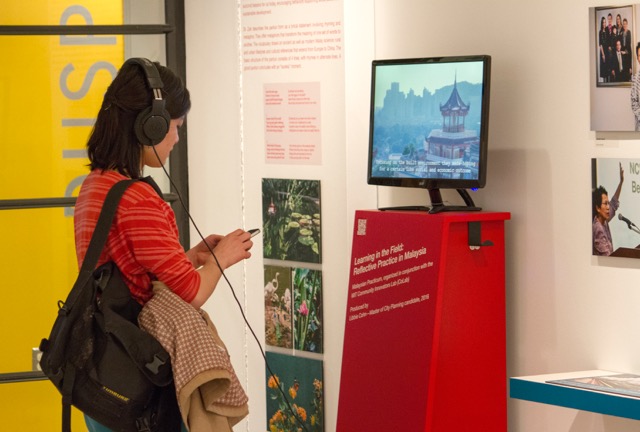