Posted May 10th 2017 at 8:38 am by David Tisel
in Colombia, Innovation from the Margins: Colombia

Innovation from the Margins: The Road to Buenaventura

The road to Buenaventura curls through mountain passes and cuts through jungles. Trucks rumble up and down the hills like oversized toys. Traveling here feels illogical, unlikely—almost wrong somehow. Yet more than half of Colombia’s imports and exports travel down that road, in huge shipping containers on those trucks.1 In a white van with Cali plates, we were moving along the constricted artery of the Colombian Pacific.

I am fascinated by the geography of wealth and poverty: how does capital move, who drives it, and who is left out? For me, Buenaventura animated these questions into living color. I had read about neoliberal globalization, but I had never seen a place like this, where basic human needs were so subjugated to capital flows—where the global circulation of commodities left a trail of blood. On that day my mind oscillated between visceral experiences of the place and flashbacks to theory. I will try to recreate that duality here, looking for meaning on both sides. 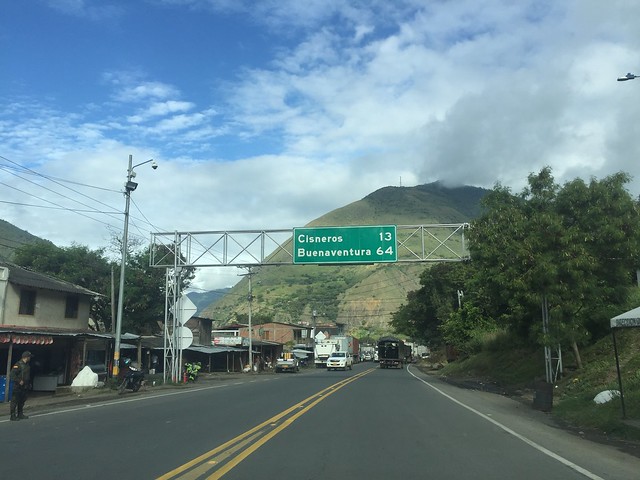 We pulled into downtown Buenaventura. Opening the car door in the parking lot, I took in the heavy air and the weight of the hustle. People earn money for themselves and their dependents however they can; here were men selling parking spaces they don’t own, and renting out cardboard windshield screens to shield parked cars from the sun. Our driver gave a few coins to the cardboard man.

Buenaventura is a city of about 500,000, almost all of whom are Afro-Colombians, descendants of former slaves who migrated to the Pacific coast to form independent communities after emancipation in 1851. Today, grinding poverty lives in proximity to wealth in motion. 60% of Colombia’s international maritime commerce goes through the Port of Buenaventura,2 yet the city has a 62% unemployment rate and 64% poverty rate.3 A 2016 Chamber of Commerce report states that over one third of Buenaventura residents have unsatisfied basic human needs such as housing, food, and medical care.4

We walked into la Escuela Taller, a vocational school that teaches traditional cooking, carpentry, and construction. We met with Juliana and Yonathan from Uramba Lab, a new program that connects Buenaventura youth to a flexible art and design space featuring 3D printers and a recording studio. In our asset mapping activity with Juliana and Yonathan, we asked them about the different kinds of assets–including social networks, human capabilities, and tangible assets–that Uramba uses to educate and provide opportunities for local youth. 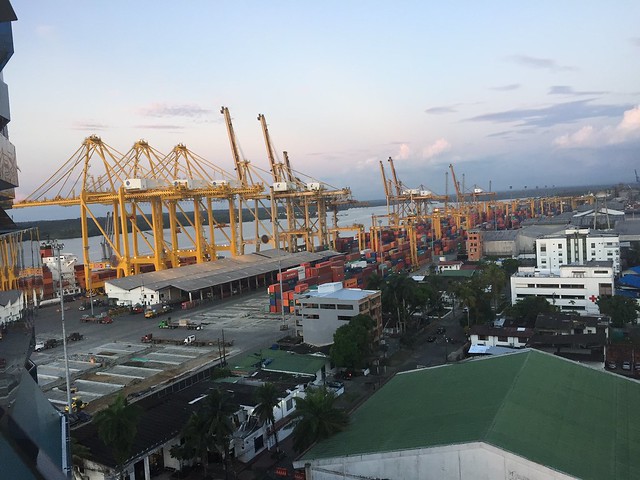 I asked whether the nearby presence of one of the largest ports in South America helped them in their work. Juliana said that all of the goods from the port just go through Buenaventura and out on that road, and none of the wealth stays in the community–although Uramba Lab is supported financially by the port’s philanthropic foundation.

Driving back towards Cali that evening we stopped on a bridge to see a neighborhood of wooden houses on stilts built on top of a riverbed. Environmentally-minded architects have marvelled at this ingenious climate-adaptive response to rising waters. But I could only imagine that living in one of those houses had to be a constant challenge, with no running water or electricity. I had also heard from one of our Colombian colleagues that the wooden stilts require constant maintenance to keep the house from falling into the riverbed. In other words, the design is a creative community adaptation to a situation where people are living in extreme poverty. 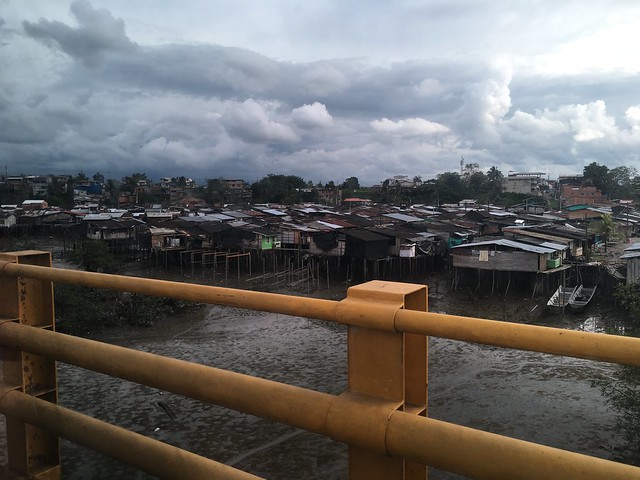 In Buenaventura, we see that this process has geographical features. Goods enter the port on PANAMAX ships and exit on trucks bound for Cali on that two-lane winding road. Someone, somewhere, is making money out of this movement. But what about people who live in Buenaventura?

A few miles beyond the bridge, our van breaks down, and we pull over behind a truck. Our driver pulls out a wrench and fiddles with something under the steering wheel for five minutes or an hour.

Here I start to think about the apparent instability of a system–or a city–that deprives the majority of its people to enrich a few. Buenaventura has the feeling of a lit fuse. Yet, we see how these systems persist in different forms through centuries: how slavery morphs into Jim Crow segregation, how plantation ethics find new expression in prison systems. What are the stories we tell that stabilize these oppressions?

Back on the road, there is another hold up. Traffic. I wonder what would happen if the people of Buenaventura blocked this road until the Colombian government made some kind of investment in this city and its inhabitants. Would they just send in the army, as has happened so many times in Latin America?

And then, I remember this Mexican saying, popularized by the Zapatista movement:

“Quisieron enterrarnos, pero se les olvido que somos semillas.”
“They tried to bury us, but they forgot that we are seeds.” 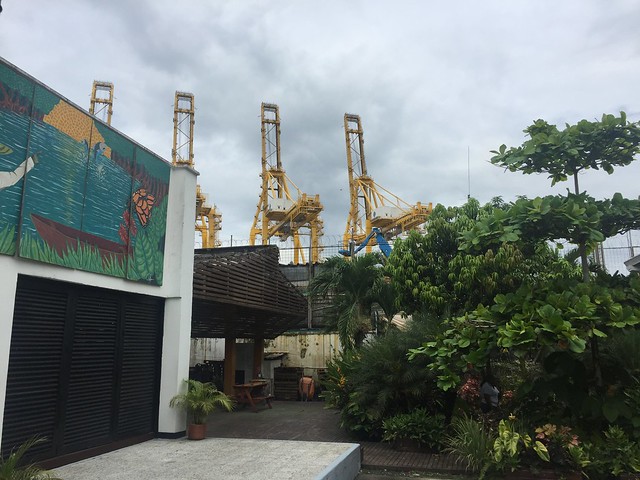