Posted April 11th 2018 at 10:50 am by Leah Pickett
in What does community development mean to you?

The Slow Convergence of “Community” and “Economic” Development 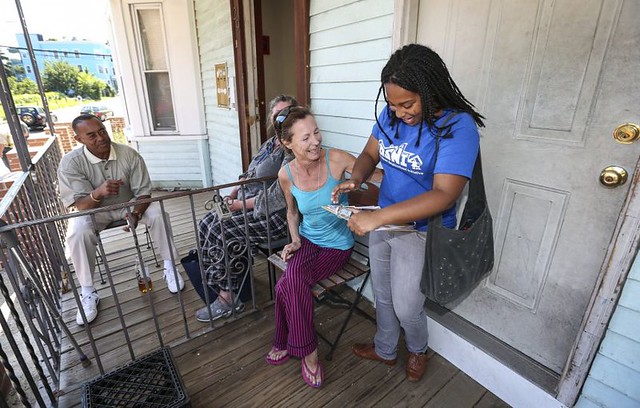 As a discipline, economic development has its roots in neoclassical economic growth models. These models presume that the end goal in an economic development strategy is simply “growth,” which is assumed to be welfare enhancing.[1] When a place’s economy booms, the theory goes, not only do people benefit directly through employment opportunities, but the local government has more money to spend on social programs. These early models did not account for how historical or spatial context might impact economic growth potential.[2]

In contrast, community development’s roots lie in radical traditions. From its inception as a field, practitioners espoused goals around the alleviation of urban poverty and inequality. Unlike early economic development models, the distribution of wealth, historical context, and spatial conditions were integral to early community developers’ assessments of problems in their communities. Today, our notion of “community development” reflects these origins; the term is commonly understood to refer to community members taking collective action around goals like spatial conditions, skill-building, or capacity-building in order to improve economic opportunity.

Thus, the fields have begun to overlap and inform each other’s practices. One example of the extent to which this convergence has occurred is in the concept of community wealth building through collective and shared ownership models. Having emerged from a rural development context, this idea is built on an understanding that “resources do not represent community wealth unless communities own and control them.” [3] It distinguishes between disperse and highly concentrated ownership, acknowledging that “local” businesses controlled by a small group of elites achieves limited social impact.

Collective ownership helps develop broad-based capacity and supports self-determination at the community level while also creating the tools to build a sustainable, growing economy. Community land trusts, for example, have provided a mechanism by which non-profits committed to affordability and community governance can in effect remove land from the speculative market. Cooperatively-owned wind farms in some rural areas are owned and managed by farmers and community members, and agricultural cooperatives allow family farms more agency and equity share in their own supply chain.

There has been some hesitancy, though, to communicate the paradigm shift implied in these models. Collective ownership entities continue to frame their activities within a capitalist ideology. A Ford Foundation report on “Keeping Wealth Local,” for example, urges approaches that will institutionalize a “fundamentally different way of conceiving of economic activity” that considers not just the individual or community actors, but the “person-in-community” as a unit of economic activity. But the literature is also careful to explicitly rebut the idea that collective ownership is connected with “socialism,” noting that “the concept of private ownership is deeply intrinsic to shared ownership. Instead of doing away with private ownership, this approach redesigns it” [4] (emphasis mine).

Paradoxically, distancing these models from their more radical roots may prove to be a more inclusive model, capable of comfortably accommodating a wider range of ideological positions. But what does it really mean to “redesign” private ownership? It remains to be seen whether this careful disassociation indicates a real hesitancy to fully embrace and act upon the broader implications — and provocations — of these collective models. Perhaps in the next iteration of this convergence, the economic development field will find that it still has more to learn from the original, more radical, intent of community development.

Leah Pickett is a Master in Urban Planning candidate at the Harvard Graduate School of Design studying in holistic, inclusive models for economic development. She is particularly interested in community land trusts and cooperatives, and worked in New York City last summer helping design the NYC Department of Housing Preservation and Development’s community land trust framework.