Posted November 9th 2016 at 4:53 pm by Dayna Cunningham
in Perspectives on Current Events

Two Reflections on the 2016 Presidential Election 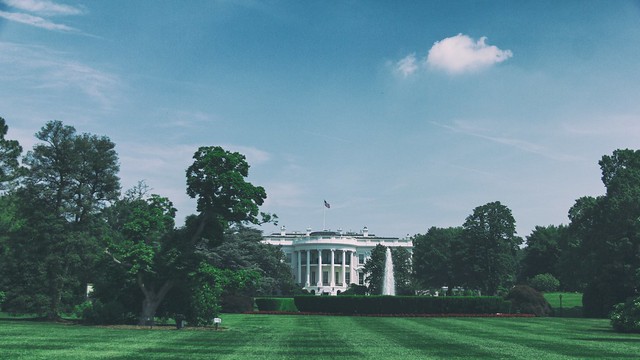 In the spirit of moving forward, today CoLab Radio is publishing two perspectives on the election from CoLab folk. Dayna Cunningham, CoLab Executive Director shares a piece she wrote last week for a class talk. Phil Thompson writes comments for a forum at the Department of Urban Studies and Planning in the wake of the election.

I wrote the below for a class in which I was giving a talk. The homework was, one week ago, to write a paragraph on who won the election and why. Most of the students in the class today had predicted a Hillary victory by a slim margin. One student, named Jim, the son of a cop from Central Arkansas, was with me in predicting a Trump victory.

So here we are. Trump has won. He will not be able to deliver on all of his promises, to the extent that they were even defined. There will be openings to build new coalitions amongst disaffected Trump supporters as his failures become clear. And… Trump is not really an ideologue, I believe, and it’s possible that with discrete, place-based efforts, there will be ways to continue our work.

The precedent is Rudolph Guiliani’s victory over David Dinkins in the 1993 NYC mayoral race.

Conversation with Students and Faculty on the Election

Dayna Cunningham asked students in her class last week to predict the outcome of the election, explain the reasons for your prediction, and to put it in a sealed envelope to be opened today. I’ve circulated Dayna’s prediction and explanation—which I agreed with.

Trump rallied white workers under a banner of racism and xenophobia. This is worrisome, to say the least, but not surprising. The Republican Party has been playing off poor whites off black people (and now Latinos)–saying that blacks are stealing their tax dollars–almost non-stop since the 1890s. Many Democrats have played the race card too when it was convenient.

I want to point to a different problem. For the last year I’ve gone with others around the country meeting with black leaders at all levels to discuss the election and trying to build a unity process around an agenda for the black community, and unity on building a GOTV infrastructure. It’s been difficult to do this because many leaders are so happy being leaders they don’t want to be part of something bigger than they are, even if the communities they are ‘leading’ are in a downward spiral. How did we get to this point? I think the logic of market competition has penetrated our communities and dulled our thinking. I’m reminded of what happened in NOLA after Katrina. Instead of building a citywide unity process and common agenda across communities to fight the State and the Feds, community groups got distracted into a citywide competition set up by foundations. The city was divided into 40 parcels, and community groups competed with each other to see who could do the best renewal plan. There were, I think, 10 winners who would get money, and 30 losers. The point is that the groups never united—most of the groups were “losers.”

This has also been a problem in urban planning. There has been an avoidance of politics, of working on bringing groups together to take on the big challenges facing the nation: like urban displacement, or the decline of good jobs, or climate change. These issues can’t be reduced to individual neighborhood solutions.

A second problem we have to confront are the limits of liberalism as an ideology. Liberalism stresses toleration and support for individual rights, but it does not tell us how to repair the damage done to the spirit of a nation coming out of 200 years of slavery, and another 100 hundred years of racial segregation and domination of quite a few foreign nations of color. That is a moral and values problem, and an urgent one, that liberalism has never seriously addressed.

Last, this was an election over morals and ‘trust’ more than anything else. It was not about material ‘interests.’ Trust and morals are more important than interests, this is another lesson liberals need to learn. Trump does not have a program to restore good jobs—he doesn’t have any coherent program at all—and the white majority elected him anyway. In this election, a majority of white voters said that they don’t trust either political party—they think the system is corrupt. If people do not trust their leaders and institutions—programmatic appeals to this group or that group don’t matter.

Trump will not deliver on his promises. That will leave an opening for leaders even more to the radical right than Trump. But this also creates an opening for progressive movements to unite all the different groups in political motion right now. To take advantage of this moment, and not be crushed by it, will take a commitment to movement building—not just talking to ourselves but to poor whites too; a commitment to deal with racism in a real way—a different explanation for why workers lives are falling apart than blaming immigrants and black people; and a determination to end corrupt ‘pay-to-play’ politics in our democracy.

One response to “Two Reflections on the 2016 Presidential Election”