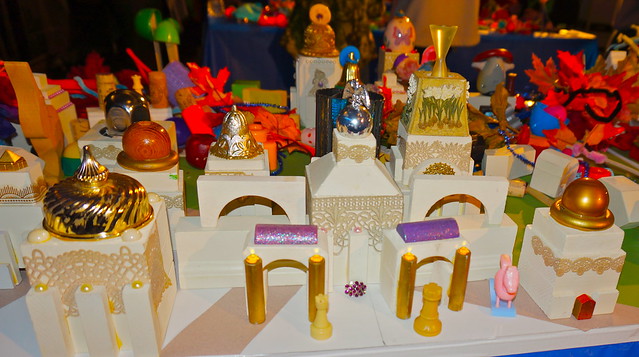 MIT’s dome is an icon; the physical ground zero for the campus. It has sheltered students both physically and mentally for 100 years, creating a safe space for experimentation. Returning to MIT after graduating 25 years ago, it is reassuring for me that students are still experimenting under the dome.

For MIT’s Centennial Anniversary I decide to create an interactive campus model full of building domes as a metaphor to capture campus life and ways to improve it.

My “Under the Dome” model helped participants replicate their visual, spatial and experiential knowledge of the campus. 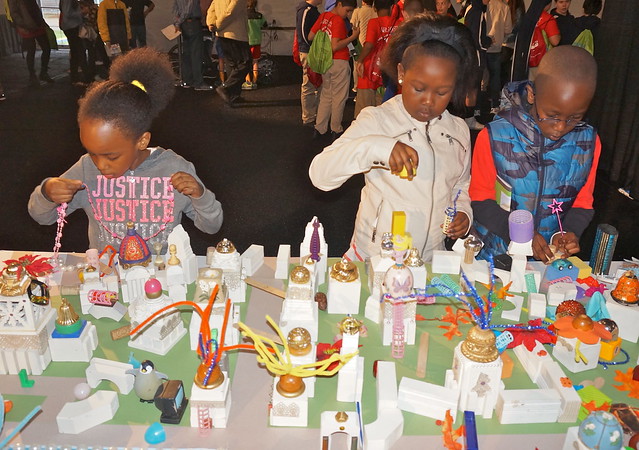 The colorful base map of the campus focused on the area between the Charles River to Vassar Street center around Massachusetts Avenue. The river was highlighted in blue, the campus in green and streets in purple grey.

I designed, constructed and painted a series of small wooden blocks warm grey or beige and embellished with columns and subtle ornamentation to mimic the campus buildings. Most of the building had roof domes. Others were rectangular and designed to connect the domed buildings to mimic MIT’s elaborate building plan. The domes varied from Faberge egg shapes to shiny, swirly and were designed to be eye-catching, inviting visitors to touch.

Through art-making people were able imagine, investigate, construct, and reflect on their lives at MIT without constraints. This moved urban planning beyond conversation into a creative act.

During the MIT Open House on Saturday, April 23, 2016 from 10 am to 3 pm the model was placed in the North Campus tent alongside other high tech projects. The installation set-up consisted of three tables, one for the model and two for thousands of small colorful objects.

These objects were placed on the tables for visitors to add to the model as they saw fit.

Through the process of interacting with the model, visitors articulated narratives and ideas about their life at MIT in physical terms through the miniature forms they would create. 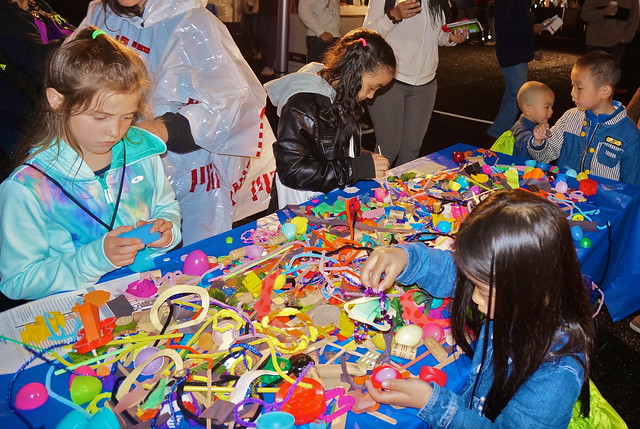 The model drew the attention of intrepid and curious visitors who wandered to the tables filled with discarded vibrant plastic objects, hair rollers, buttons, flowers, pipe cleaners, beads, and yarn. The intrepid were mainly children, girls in particular.

Acting as the campus town crier, I asked hundreds of participants to build their ideal campus. To the children my prompt was slightly modified: what would they like to experience at MIT if they came to study?

Participants initially were confronted with a large colorful diorama of the campus. They begin to read it like a map looking for clues, geography, buildings to orient themselves.

The buildings and objects were not secured to the model, so people were able to place them anywhere they chose, creating their utopian vision of the campus based on their on-the-ground knowledge. 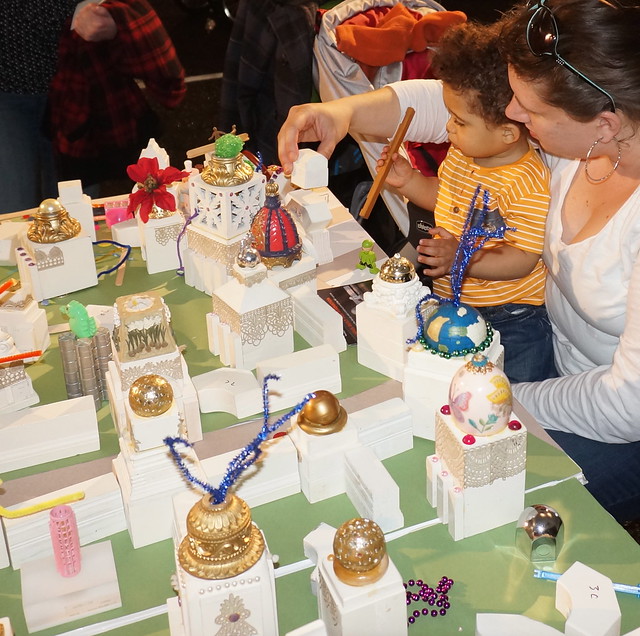 The model gave participants a new way to investigate the visual and spatial campus landscape with their bodies and hands, changing their viewpoint and posture, focusing and standing back, touching and changing things.  Through this process participants had control over their environment for a moment. This power allowed new ideas and opportunities to emerge that weren’t visible at the beginning.

By engaging with the model, participants were able to understand how the campus is physically created, experienced and imagined. In this way they became active participants in the creation and evolution of the MIT campus.

Most of the installation’s at the MIT Open House Centennial installation focused on high-tech applications except for mine because I wanted to capture the feel of a real city with all of it’s textures, shapes and forms. My installation was a rich visual and visceral experience that attracted children from as young as 18 months to the young at heart. 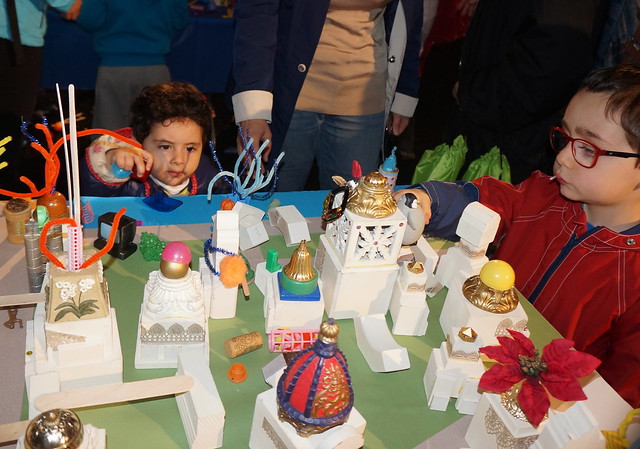 For the hundreds of families that attended the event, my booth became a popular destination. Parents and children collaborated to investigate the campus.

The Under the Dome model and materials was very popular amongst. When a group of older boys visited the model they were frustrated because they were no Legos, nor could they build anything tall because most of the materials were round and they could not balance the dome buildings on top of each other. Frustrated, they would quickly leave the table. However two boys did use corks to create building stories. The building process was absent of male competitive behavior patterns where everything gets destroyed or pulled down. This made way for everyone to collaborate in building the model. The older girls continued to embellish the landscape and building with flowers, trees, swings, and other amenities to improve the campus.

The Under the Dome installation created by default a gender-friendly planning space by providing an arena for young people to reflect, experiment and craft their ideal MIT campus.