Posted August 11th 2017 at 9:12 am by Divya Subramanian
in Using History to Inform Urban Planning

In my research about the history of economic development, I regularly have the opportunity to explore historical sources like maps and archival records. While researching the forgotten rowing clubs of Harlem, I learned that history is just as important as vision to the future of a place. This is the second post in a two-part series that highlights specific examples of how historical research can contribute to debates in urban planning, as well as how present-day challenges can provide new perspectives on historical work.

Since the decline of manufacturing in the 1970s and the shuttering of factories across the Midwest, many American cities have struggled to regain competitiveness in a rapidly changing economic landscape. While cities like Boston and Pittsburgh have found their niche as hubs of the knowledge economy, other former industrial powerhouses have had mixed results. Post-industrial cities are often encouraged to look to the future by investing in hi-tech industries and embracing innovation. But what if looking to the future also meant learning from the past?

Lyon, France doesn’t immediately conjure up visions of the Rust Belt. But it has more in common with cities like Cleveland and Buffalo than you might think. A historically important center of silk production, the Lyon region was hit hard by the second Industrial Revolution in the mid-nineteenth century.

The case of Lyon has been extensively documented by historians Paul Hohenberg and Lynn Hollen Lees in The Making of Urban Europe, 1000-1994. Unable to compete with coal-producing regions like Germany’s Ruhr Valley, Lyon experienced the erosion of traditional industries and the departure of key employers in the 1870s before reinventing itself as a center for new industries.[1] Looking at the experience of Lyon provides important takeaways for American cities seeking to reestablish themselves as central places of dynamic regional economies. 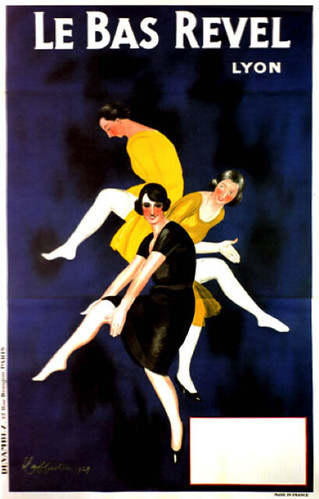 The advent of coal-powered iron and steel production in the nineteenth century meant that resources shifted from traditional craft industries to mining and manufacturing. As Hohenberg and Lees argue, Lyon first attempted to remake itself as a center of heavy industry, taking advantage of its links to the coal-producing Loire basin and the availability of cheap labor in its homegrown textile industry.[2] When these efforts proved unsuccessful, Lyon changed tack and focused on what it did best—fostering a variety of new, less capital-intensive industries while maintaining its dominance as a center of regional silk production.[3]

Not every American city can be the next Pittsburgh—as the experience of Lyon demonstrates, there’s no one-size-fits-all solution for urban regions navigating structural economic change. Capitalizing on existing strengths instead of seeking to replicate the growth strategies of cities with different assets may be the key to achieving sustainable urban growth in the Rust Belt.

Like the steel towns of the Midwest, Lyon was historically dependent on a single industry—silk. Attempts to branch out into other ventures in mid-century were short-lived, according to Hohenberg and Lees, but Lyon would later emerge as a center for the new high-growth industries propelled by the technological innovation of the Second Industrial Revolution, including chemicals, bicycles, artificial fibers, and photography.[4] At the same time, silk production shifted from workshops to factories, successfully assimilating new technologies like the mechanical loom.

Post-industrial success stories like Boston are often chalked up to the presence of higher education, which fosters innovation, attracts a highly skilled workforce, and generates high levels of human capital, in a ripple effect that carries over to other sectors of the economy. But Boston’s dynamism is also a function of its diversified regional economy—by the late 1990s, the city’s five largest growth industries by employment were professional services, finance, healthcare, education, and hotels. Across historical epochs, a diversified economy is a more resilient economy.

We tend to think of what came before industrial decline—the manufacturing economy, the growth of the American middle class, factory jobs—as the way things have always been.

But the golden age of American industry is itself a historical phenomenon, albeit one that has been consistently mythologized—the product of the rapid technological change ushered in by the Industrial Revolution. The rise of industrial powerhouses like Chicago, Cleveland, and Detroit in the late nineteenth and early twentieth centuries meant that older commercial cities like Charleston and Portsmouth were left behind, and struggled to find their niche in the new economy.

What makes a city competitive is relative—it’s dependent on the historical conditions that prevail at a particular time and that favor certain forms of capital accumulation. A rising tide may lift all boats, but urban growth is highly selective—something that we miss when we view the decline of industrial cities as a historical anomaly.

Looking at the experience of Lyon reminds us that cities have weathered large-scale, disruptive economic change before—and will continue to do so in the future.

Divya Subramanian is a PhD candidate in history at Columbia University studying international and global history, with research interests including the history of development, urban and environmental history, and the history of economic thought. This series was supported by the AHA-Mellon History in Action pilot program housed at Columbia.