Posted January 20th 2015 at 10:56 am by Nick Kaufmann
in Audio Portraits, The Story Behind a Question: Using Storytelling to Further Community Engagement

What Are You Listening To?

This is one of the stories produced in CoLab’s The Story Behind A Question January workshop. Over the course of eight days, workshop participants engaged in the the City of Boston’s GoBoston2030 question campaign, as question contributors and question collectors. Everyone then produced a media piece that tells the story behind a question contributed to the campaign. If you live, work, or play in Boston, you can contribute your own question here. 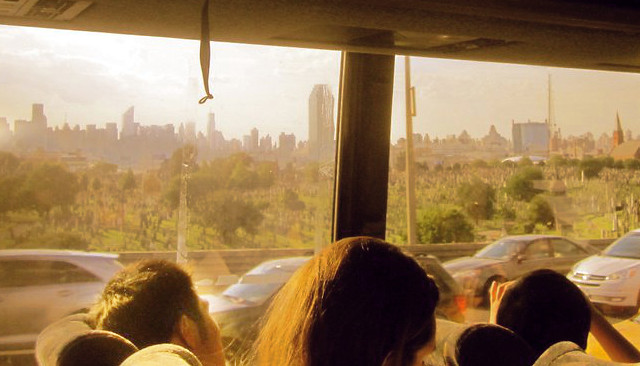 To find my story behind a question, I spent a lot of time riding trains and busses between MIT and my home in Portland, Maine. I recorded a lot of sounds and interviews, but one small story by my friend Andrew Jawitz stuck out, and I ended up editing it into a short audio piece. Having hosted a radio show (now a webzine) when I was a grad student in London, I was eager to practice audio production.

Rather than starting with a question, Andrew’s story led us both to a question: What are you listening to when you move around–or between–cities? We think this is a good question for anyone who travels in Boston, including regional citizens who pass back and forth through the city. It’s also a question we’d like to ask the city administration as it works on its transportation plan for 2030.