What Can Film Reveal about Urban Space and Happiness?

This post is part of Thesis Chronicles where writers share stories and findings from their research projects. Read the first post in this series on space and happiness here. 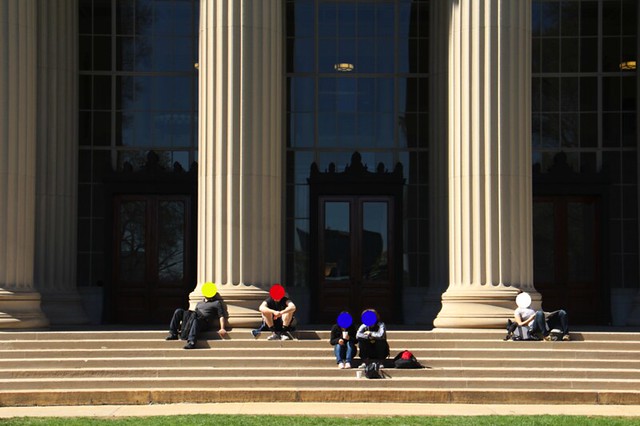 Opening shot from film exploring space and happiness at MIT.

Why are academics so cranky all the time?

I’ve attended two master’s degree programs, possibly in an attempt to become a Jeopardy champion, and more likely as a way to avoid wearing a suit everyday. Before I entered the first program – academically inclined, instead of professionally so – I honestly thought I’d pursue a PhD and become a professor.

What could be better than reading, writing, and hanging out with smart people all day? I ultimately decided against a doctorate for myriad reasons, one of which was that no one seemed particularly satisfied with their lives, nor were they all that kind to anyone else.

This observation is relevant because when I entered the Master in City Planning program at MIT to further a career about which I was now sure, they were really cranky when I tried to make a film for my thesis. While I found a few champions, the initial response from faculty I spoke to was, “Why would you do that?” Their main rationale was, “This is too hard. This will take too long.”

Indeed, it did take too long, and it was pretty hard. But the reason I didn’t understand their objection was this: I was trying to connect the concepts of space and happiness, and both of these ideas are inherently experiential; so is film.

As a sometimes-incompatible mix of design snob and humanist, I think a lot about how space and design affect us psychologically, and how they can work better for different types of people. How we experience a place and whether we’re happy there is important. 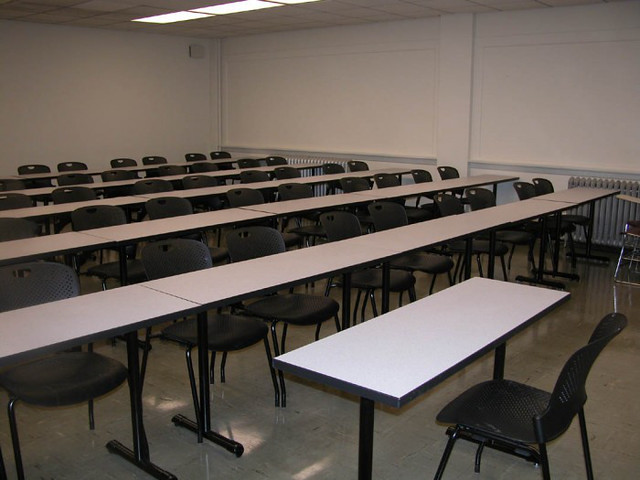 We might spend a lot of time in a room with no windows or one with a view to a river and whether we know it or not, we’ll have a reaction to that experience. In this second post of the series, I want to take you through how and why I made a film to explore the confluence of space and happiness, and why I think that particular media form was critical.

Though I conducted the usual research from books and journals, my main data point was interviewing almost fifty people. Ten of these were experts in the fields of urban planning, design, and mental health. I spoke with them to get a baseline for how space and happiness should work in concert. 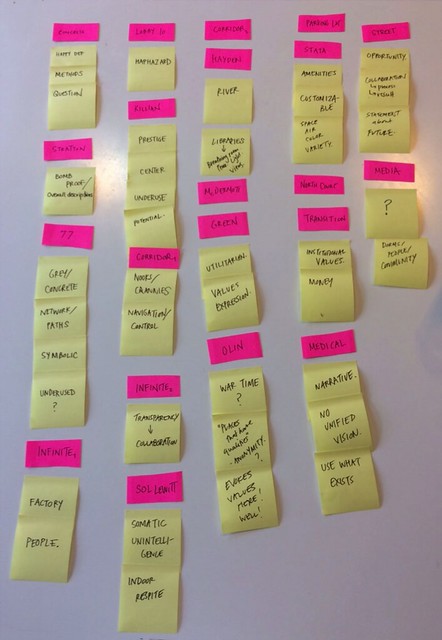 Then I conducted almost forty interviews with MIT students and staff, to figure out how people on the ground were actually experiencing and thinking about their campus. Based on the places people talked about, I used these interview responses to guide where I filmed and to write the film’s narration.

I made a film because happiness research—these days stemming from psychology, economics, and policy—agrees that the way to determine someone’s happiness is to ask them. While this thesis surely could have happened via a paper, couching quotations with context, the written word alone wouldn’t have allowed for as much participation for observers to diagnose the environment.

Through film, the viewer is placed in the role of the questioned. How do you feel in this space? Does that change as you move through it? Do you agree or disagree with others’ experiences of the spaces? Do you have your own ideas about happiness?

To create as immersive an experience as possible, I made the film as a single shot. I screwed my Canon Rebel into a shoulder mount I bought on Amazon, and held it up for about an hour for an uninterrupted walk weaving through MIT.

In doing this, I hoped to capture the full arc of someone’s emotional experience on campus. From the older Main Complex through a green space to a newer part of East Campus, how does it feel to enter corridor upon corridor at MIT? A single shot allowed for no escape and replicated the days of staff and students who don’t pause during long hours of work. 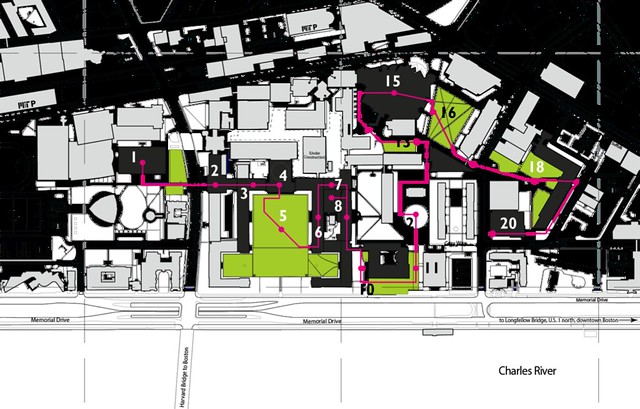 Map of Walk through campus.

When I started this process, I was pretty down on the Institute. All I saw was gray upon concrete upon reinforced concrete. But as I did the seven test shoots that would determine the final product, I saw something new of the campus every time.

I tried to visually capture what interviewees had been telling me and use the restrictions of the camera frame to my advantage. Like a college paper asking you to write about the Vietnam War in five pages, certain things must get left out.

In this example, to include everything – a list of facts from Dien Bien Phu to the Fall of Saigon – would be to include nothing, or none of the analysis at least. I found the same to be true with a lens. In choosing what to capture and what to omit, I had to be ruthless and only film that which bolstered the argument and reinforced what interviewees had been expressing. 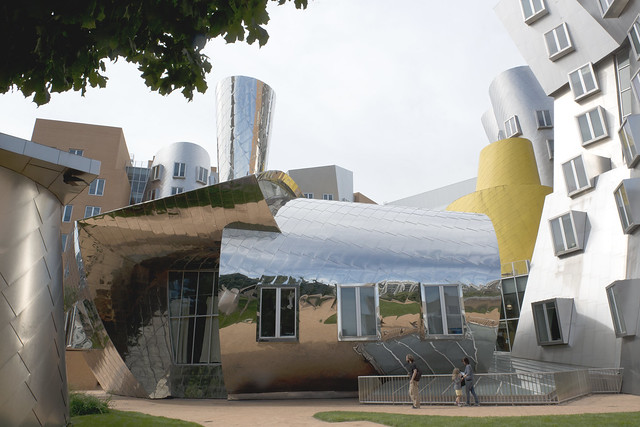 One site I investigated was the Stata Center, a Frank Gehry-designed building prone to leaking and full of jagged edges. It was a building that I honestly had no opinion of before filming.

I was over the Gehry hype and I found Stata strangely bland, despite its obvious irregularities. Conversely, many interviewees spoke about it as being overrun by qualities. They talked positively about its light, air, and color, and negatively about its confusing, off-kilter design.

Reflecting my preconception, when I initially shot my entrance to Stata, I simply moved the camera straight through a set of double doors. It was boring, it didn’t say anything. The shot could have taken place in an Alewife office park, thus it captured nothing unique about the building. I wasn’t seeing beyond a half-formed bias.

Upon reviewing this footage and yawning, I considered what many undergraduate students had told me. I went back. I looked for what they had talked about: light, air, confusion.

I had to choose between orienting the viewer through the visual cue of going through a set of double doors or representing what I had been told, and trying to make even seemingly banal shots into a narrative. So the next time, I didn’t just enter the atrium, I moved around it, tilted the camera way up, and zoomed in.

I emerged with a shot that panned up and spun around the glassy, colorful side of Stata. It obscured my entrance until I was through the doors. It captured both disorientation and a sense of freedom. Now, I was no longer using the camera like a pair of glasses, a contraption simply sitting in front of my eyes, but instead like a microscope, seeing things oft unnoticed.

I liked Stata for the first time. I suddenly heard Andre Gide, a midcentury French novelist and essayist, in my head: “Art is born of restraint and dies of freedom.” Of course this thesis wasn’t art, but through a filmmaking experiment, I used visual restraints to help loosen up my own opinion of MIT. Where I had entered the project convinced I was filming a wasteland, I left with a vision of nooks, crannies, and a bigger role for students to play in shaping their environment.