Posted January 21st 2015 at 12:44 pm by Nse Umoh Esema
in The Story Behind a Question: Using Storytelling to Further Community Engagement 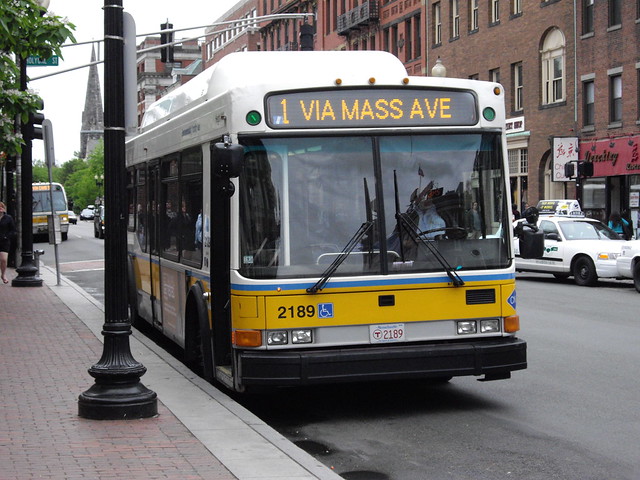 Play the 16 second audio clip above before starting the story.

“The bus is full!” and then “There is another bus behind you!” shouted the bus driver and a passenger in rapid succession. Alison pretended not to hear, thinking there was no way she was going to let this grocery shopping experience get any worse without a fight.

Forcing her way onto the bus, Alison tucked herself into a corner. She delicately balanced her bags on the railing alongside the luggage rest. Guys built like linemen surrounded her. They were so tightly packed in that it was hard to know where one person ended and the next began. Scanning the full seats immediately behind her she thought fondly about her experience living and riding buses in Sao Paulo.

In that city of high rises and traffic jams, seated passengers on public buses would offer to hold the bags of people standing next to them. She’d been reluctant at first, unsure of how stories about muggings in the city could coexist with such an empathetic cultural norm. But a few weeks into her one-year stay, she found herself regularly on both sides of the exchange. Probing the faces of those sitting adjacent to her on this bus, she found it impossible to get anyone to make eye contact. Everyone was holding on to the idea of minding his or her own business. No one was going to be holding her bags or offering her their seat.

Noticing a guy who lived in her building, Alison’s hope for assistance resurged. But maybe he thought his thick hipster frames held dark sunglasses and not his transparent reading lenses, because though he clearly saw Alison, he refused to acknowledge her presence. She raised a timid wave and he ignored that too. For a second, she thought she might be getting him mixed up. But then she saw his foot in the aisle. He wore the same bourbon leather oxfords she’d complimented him on last week when she’d run into him in her apartment building’s basement laundry room….

Suddenly, Alison’s thinking was disturbed when the bus lurched forward as the driver swerved to avoid a biker who had crept into his lane. The sound of the screeching wheels barely overshadowed passengers’ screams. Alison lost control of her five shopping bags filled to the brim with groceries and a gush of ingredients followed: black eyed peas, beets, heads of lettuce, canned sauces and chick peas, apples… She let out a long and deep sigh, as her eyes swelled with tears. Could this journey get any worse? The frustration from earlier in the evening came cascading back as Alison remembered how her trip from the supermarket began.

She had timed her departure from Stop & Shop perfectly. Aborting her l search for her favorite tea, she had dashed to the cashier with enough time to cut through the short alley between the market and the bus stop. Running out the door, she hauled five shopping bags overstuffed with groceries. Two strained her left collarbone and three cut into her left shoulder blade as she wobble-ran down the alley. Flexing her armpit muscles she cupped the beets there, trying to keep them from rolling out of the bag. Google maps said the bus was coming in one minute.

Crossing the street to the bus shelter she glanced to the left and breathed a sigh of relief. The bus was approaching. She relaxed a bit and turned her focus elsewhere. Her stocking lined toes tucked in faux leather H&M biker boots needed some convincing that it wasn’t actually as cold as it seemed. She willed them to do toe-curls and began to count.

Prompted to look up by the sound of the No.1 bus approaching, Alison saw the vehicle, full of passengers squeezed tightly together, whiz by. The driver averted her gaze even as two middle-aged female patrons, flipped their lips outward to make sad faces and mouthed “I’m sorry.”

“Dammit,” Alison yelled. Though not the first time she’d been passed over by a full bus, her anger and frustration never abated. Today, as the 7°F weather numbed her toes and began to turn the wet hairs in her nostrils into icicles, being passed over made her blood boil. The next bus wasn’t coming for another 10 minutes.

Snapping back into the present, Alison was unable to control the tears running down her face. She bent down to start the embarrassing process of trying to gather her groceries, strewn every which way on the bus floor. Though chock-full of passengers, none of her fellow commuters attempted to assist her.

Play this short 11 second audio clip before completing the story.

Moving slowly and with her eyes trained on the ground, Alison saw those familiar bourbon colored shoes come towards her. Yes—finally—he’d come to help, she assumed. But, as her neighbor maneuvered his way to the front of the bus, she heard a crunch as he stepped on a head of lettuce and glided off the bus.

This is an embellished telling of a true story told by Alison, a contributor to the GoBoston2030 Question Campaign. This experience has led her to donate the question: What would empathetic public transportation look like? It is one of the stories produced in CoLab’s The Story Behind A Question January workshop. Over the course of eight days, workshop participants engaged in the City of Boston’s GoBoston2030 question campaign, as question contributors and question collectors. Everyone then produced a media piece that tells the story behind a question contributed to the campaign. If you live, work, or play in Boston, you can contribute your own question here.

6 responses to “What would empathetic public transportation look like?”