Posted January 12th 2016 at 11:27 am by Nidhi Subramanyam
in The Impact of the Mahindra World City Special Economic Zone

Will History Repeat Itself? Flaws in India’s City Planning Model 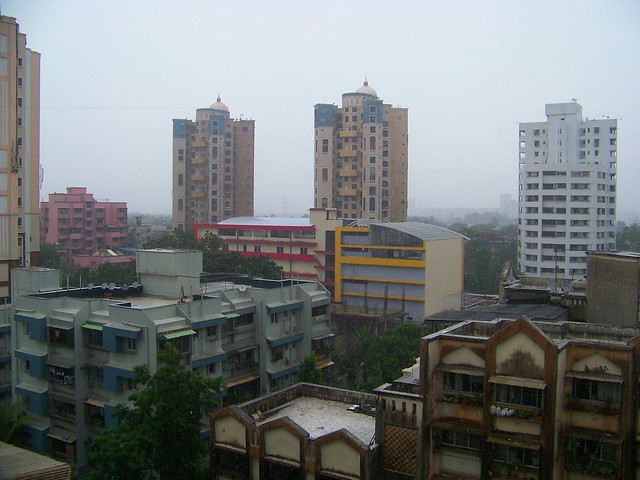 “CIDCO (City and Industrial Development Corporation of Maharashtra) has not fulfilled the promises that it made at the time of acquiring lands from us…they did not compensate us for the grazing or salt pan lands or the creek areas where we used to fish. They have not developed the gaon [village] properly – social amenities have not been provided. Our families have grown since they provided us compensation; how long will that amount last? I feel really bad to see that the bhumiputra [native] has no jobs or amenities and lives on rent.”

Listening to the above complaint by a resident of Ghansoli gaonthan, an urban village in Navi Mumbai this past summer, while researching flooding risks in informal settlements, I couldn’t help but draw parallels with the discontent that I had heard at the Mahindra World City (MWC) Special Economic Zone (SEZ), located several hundred miles away.

Four decades ago, CIDCO, the town planning authority in Navi Mumbai, acquired land from villagers to build what is today a booming, “planned” suburb with over a million residents. During the summer of 2015, CIDCO began demolishing several buildings constructed by these villagers on the grounds that they were “illegal,” and failed to comply with land use regulations. Villagers protested, insisting that they had lawfully built these structures, exercising their legal entitlements as individuals affected by the land acquisition process for the development of Navi Mumbai.

As I observed these events unfold, I wondered if they foreshadowed what might happen in Mahindra World City a few decades from now. The recent land acquisition process for the building of Mahindra World City was plagued with many of the same challenges faced in Navi Mumbai decades ago. And in the MWC, there is an increasingly tense relationship between the villagers and SEZ developers and growing discontent about the failed promises of development.

Beyond the MWC, it is possible that the Navi Mumbai land acquisition story will also repeat itself in the many smart cities and industrial corridors that Prime Minister Modi’s government is currently envisioning as a crucial part of India’s transition into an urbanized, industrializing economy in the coming decades. After all, the expansion of existing urban areas through greenfield development—the acquisition and conversion of peri-urban farm or wasteland—is one of the main models of smart city planning under the policy. 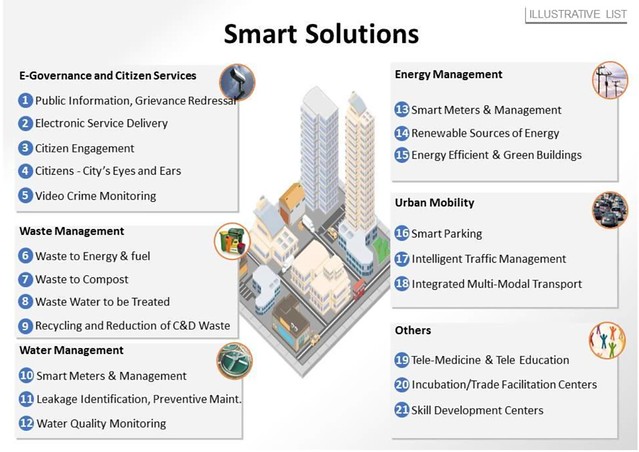 Acquiring vast tracts of land, and curbing resistance to these acquisitions has been critical for the Modi government to implement and realize smart city growth policies. To that end the Modi government introduced the land acquisition bill (hereafter Bill) to amend ‘The Right to Fair Compensation and Transparency in Land Acquisition, Rehabilitation and Resettlement Act’ (LARR Act) of 2013.

Instituted by the previous government, the LARR Act was seen by its opponents as a hurdle to economic growth because of its various provisions for protecting the rights of rural landowners and others dependent on these lands for their livelihoods.

The Act has three requirements. First, over 70% of project-affected persons (landowners and landless laborers) must approve of the land acquisition process in a particular locale. Second, the Act calls for a detailed Social Impact Assessment (SIA) evaluating the costs and benefits to affected rural communities and the local ecology of transitioning to a non-agrarian economy. Finally, it provides a generous rehabilitation and compensation package that quadruples the prevailing market rate for land.

The Bill amending the LARR Act maintains the high compensation and rehabilitation measures but does away with the consent and SIA requirements. The rationale is that these requirements increase project costs, thereby delaying employment generation and economic growth. Yet, in a recent government survey seeking to understand why development projects were stalled, land acquisition was not cited as a major impeding factor.

Accordingly, various groups have opposed this Bill arguing that it reverses some hard-won struggles to safeguard poor, rural farmers from arbitrary land acquisition for private industry with no benefit to the farmers. Their arguments are well founded. A 2012-13 report of the Comptroller and Audit General of India, the official auditor of the central government disclosed that less than two thirds of the land acquired from farmers for special economic zones was actually developed for manufacturing and employment creation. Even in these cases, the number of jobs created was barely 8% of the projected target, an overwhelming majority of which were in the Information Technology (IT) sector. This field requires specialized training and skills that rural farmers usually do not have.

In the case of Mahindra World City, the promises of jobs and development of social infrastructure are yet to materialize. Much of the land was acquired via private purchases through village-level brokers and middlemen. State-led acquisition loomed as a menacing threat to coerce recalcitrant landowners. While some landowners obtained higher rates, many were forced to sell under duress in the absence of transparent procedures that could help them make an informed decision.

Development has not trickled down to the rural poor. Instead, wealth from land compensation as well as profits from petty informal businesses have largely accrued to the local elite. A similar pattern is emerging in many New Towns planned on greenfield sites across India.

Protecting the Most Marginalized Communities

Retaining the consent and social impact analysis requirements of the LARR Act protects the most marginalized farmers and rural community members from exploitation by middlemen, corporate land sharks, and what Prof Michael Levien calls the ‘land broker state.’ A sociologist who studies dispossession from land for industrial development, Prof Levien concedes that the LARR Act itself needs additional consideration to make it truly democratic. First, compensation rates must take into account the profits that developers or states make from land use conversion and the resale of acquired land. Next, the ‘public purpose’ of development needs to be examined from the perspective of the dispossessed communities.

In addition to this, state-supported land acquisition—whether for SEZs, smart cities or industrial corridors—-needs evaluation and accountability measures similar to all other policies. Developers should be penalized if they fail to live up to their promises of jobs and infrastructural development.

Finally, planning for India’s transition to an urbanized, industrial economy entails more than a mere land use conversion from agricultural to industrial. The government needs to invest in the training and skills development of the rural workforce to help them make an informed, voluntary transition.