A View of Cairo from 1001 Street Chairs 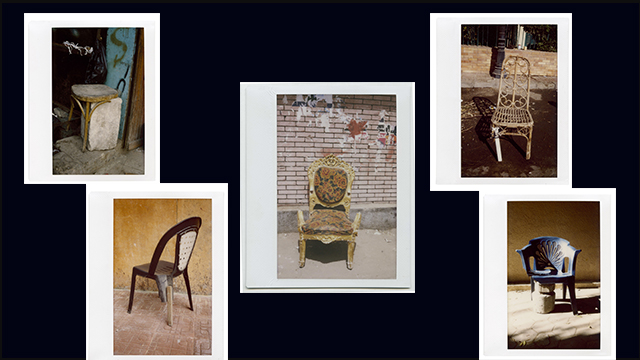 Five of the chairs featured in “Sidewalk Salon: 1001 Street Chairs of Cairo”

We met in the winter of 2010 in one of the many sidewalk coffeehouses which dot the city of Cairo. Surrounded by a thin film of rumor and gossip, our first meeting was infused with discussions about the magnetic appeal of the capital of Egypt. A few days later, we met for a walk, and soon, walking in different parts of the city became a regular fixture of our weekend routines. 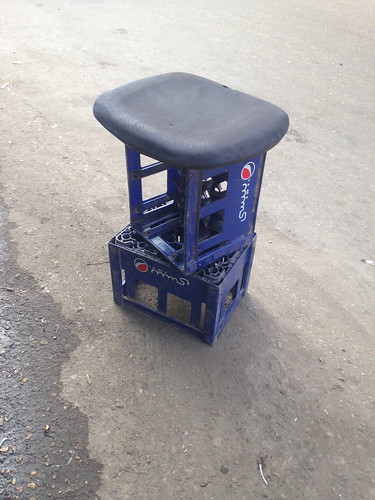 We first took notice of the street chairs of Cairo in one of our walks on Port Said Avenue, which straddles the city from North to South. “A funny thing about a chair: you hardly ever think it’s there,” the American poet Theodore Roethke once wrote. And yet that day, all of a sudden, those street chairs were there. Not one or two isolated chairs, but one after the other – creating a kind of invisible thread along the sidewalk.

Chairs that arrive to the streets of Cairo are either brand new or used. Sometimes they’ve served in an apartment, an office, or a school, while other times they have been repaired, stitched, and embellished. Despite constantly being on duty outdoors, these chairs age graciously. The curiosity triggered by these ubiquitous sidewalk objects made us realize how essential they were to the everyday life of people who spend a considerable part of their time in the pavement, and to understanding the rhythms and the dynamics at play in the sidewalks of the city. 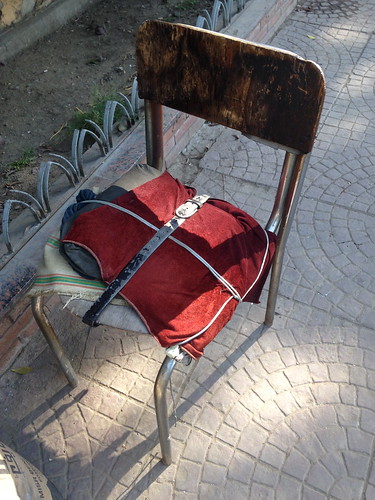 Thus began our “sidewalk botany”, our three-year journey documenting, with a Polaroid camera and a voice recorder, the street chairs of Cairo and the stories of their users.

This was in 2011. Since then, we’ve completed more than fifty walks all over Cairo, each one lasting between one and five hours. Our walks would start at a point identified on the map and wander wherever the chairs we found on the way led us. Typically, people on the street did not understand what we were doing. Were we sure we wanted to take a picture of an empty chair and not a portrait of them? As friends or neighbors gathered, they would sometimes explain to each other half-jokingly that we were taking a picture of the jinns, the spirits of the chair. “Better looking” chairs were pulled out in place of the ones we wanted to photograph. Once we explained that we liked how they fixed and improved their chairs and that we just wanted to document their innovative design solutions, they generally agreed. 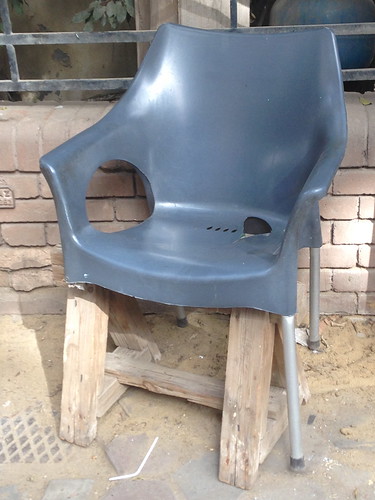 Our first pictures were shot with a digital camera. We found the images too glossy and bright, so we tried different options; we concluded that the subtle, slightly washed-out look of the Polaroid images corresponded well to the dusty and unkempt nature of the sidewalks of Cairo. We also liked the idea of having a formal element running through the images, and this was made possible by the Polaroid frame. Finally and most importantly, the Polaroid camera helped to break the ice and dispel people’s suspicion. Once they saw how the camera printed instant images, they asked to keep a portrait of themselves with friends or family. This gift helped to balance our request and facilitated an exchange. 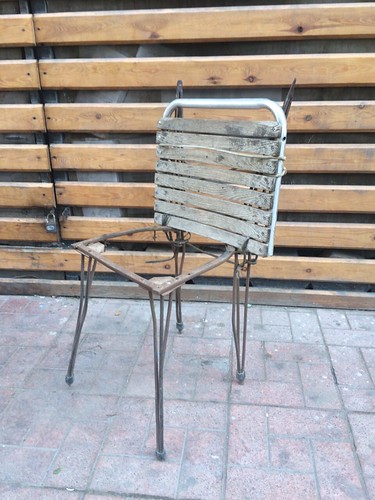 Our upcoming book, Sidewalk Salon: 1001 Street Chairs of Cairo, introduces the reader to a carefully selected assortment of Cairo street chairs curated from our archives. This collection aims to bring to the fore the creative practices of street design and unplanned interventions in public space that give Cairo its distinctive character. A varied set of texts —interviews, fiction, poetry and essays— complement the catalogue of photographs, allowing the reader a more a nuanced view of the sidewalk.

While this project allowed us to pursue some of our personal interests—walking, mapping, collecting—and to grasp the dimensions of the endless city, we also hoped to shed light on the unique point of view of Cairo’s streets and sidewalks through the perspective of the guards, doormen, street sellers and café goers who spend a significant part of their day in the intermediate layer of the city. This layer, located between heavily transited roads and buildings acts as a thermometer, held—albeit accidentally—against the capital of a country facing a definitive turning point in its history.

You can learn about David and Manar’s indiegogo campaign to complete the production of Sidewalk Salon: 1001 Street Chairs of Cairo here.