Eduardo looked to his left and noticed Guillermo’s back starting to straighten up. He was sitting taller than he had in a long time.

“Gui! Are you feeling it already?”

Guillermo laughed. “Are you kidding? Of course I am! It always feels so good when it’s your turn! Bartender, another round for the two of us!”

“El Amante” by Nicky Jam had just started blaring over the speakers and people were rushing out to the tiny dance floor at the back of the bar.

The bartender raised an eyebrow. “Boss, are you sure you’ve got the cash for that?”

“Hell, I may not have it right now, but these next four years are going to be great. I’ll risk it. Pour up!”

The bartender shook her head. “Whatever you say, Gui. Two aguardientes coming right up,” replied the bartender. Guillermo stood and held up his [glass?].

“To finally having our turn again in the Center!”

The two friends made eye contact, clinked glasses, and drank as they watched the new president get sworn in on the giant TV on the wall.

Genie’s jaw dropped as she stared at the numbers appearing on the giant screen.

“Are you alright, Captain?”

Genie stumbled. “Uhhh, of course, Major. I was just a little surprised at how precise the metrics were.”

Genie had finally been promoted to captain in the Office of Cultural Exchange. She had been working towards this her whole life. Today was her first Transition.

Just a minute ago, the Major had pulled a tiny drawer out of the sleek silver wall. The drawer was labeled ‘Madam President’ and a long, thin vial of blood was sitting on pillow inside. The Major had placed the vial into a centrifuge that in seconds had put up on the display the exact regions of the world that the president was connected to.

“Well, it seems the primary culture for the next U.S. president is Colombian. Captain, will you grab the Colombian sphere from the shelf behind you and put it into the Culture Core?” 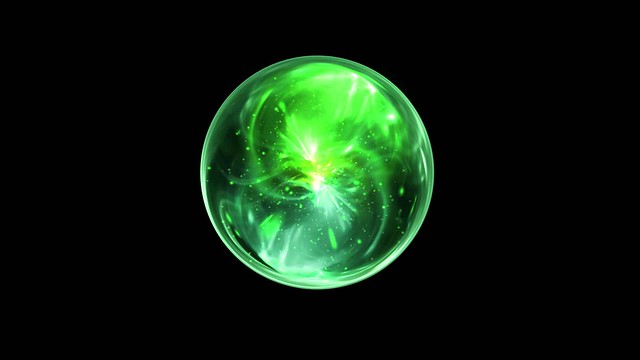 Genie turned around, scanned the wall of fist-sized orbs and began to worry. Each orb was labeled with a region of the world and they all were glowing faintly. Not having any blood of the dominant culture was known to have physical consequences during the Transition.

“Your training will get you through it, Captain.”

Genie apparently wasn’t hiding her emotions as well as she thought. Her face had always been a giveaway and it seemed that was still the case. She grabbed the orb with her bare hands. Terrified but methodical, she walked back and placed it into the Core.

A green flash of light burst quickly from the Core and spread out in all directions, seeping through the walls and outwards to touch the whole country. Genie had seen the changes happen from outside of Washington, D.C., but she’d never imagined what it would look like from ground zero. The OCE was a plain room and all that changed were all the English words into Spanish and the flag hanging from the wall in the corner became the Colombian flag.

The Office of Cultural Exchange was created just four presidencies ago after a political power struggle. Genie had been a teenager at the time and she only vaguely remembered the series of events. She remembered was that there had been a massive popular movement to make the United States a truly multicultural society, but it was messy.

In the public debates that followed the national ballot initiative, a majority of people were convinced of two things. First, that many of the problems the country faced at the time were due to a longstanding, mostly unquestioned, single dominant culture. Second, that the solution to creating a multicultural society would be best done technologically. From that point, the population at large had, more or less, left figuring out the details to government. The cultural core and its nationality orbs were a technocratic solution pushed by the business roundtable. After sixteen years, the “simple, innovative” solution they offered was deeply embedded into the function of the US government.

But everyone didn’t think so highly of the “fix…”

Harran tried to hold it in but she felt the saliva gathering in the back of her throat.

“Ugh. I just bought these shoes.”

Alexa and Sydo grabbed her by the shoulders and helped her steady herself.

“Is it over yet?” She vomited again.

Harran vomited a third time. Alexa had her eyes on her watch.

“Ugh. I can’t wait until it’s my turn again. The transition sucks when the President isn’t in your bloodline. Hopefully, next time it won’t be me that’s feeling so rough.”