Posted May 3rd 2018 at 9:32 am by Lawrence Barriner II
in Narratives of Self-determination 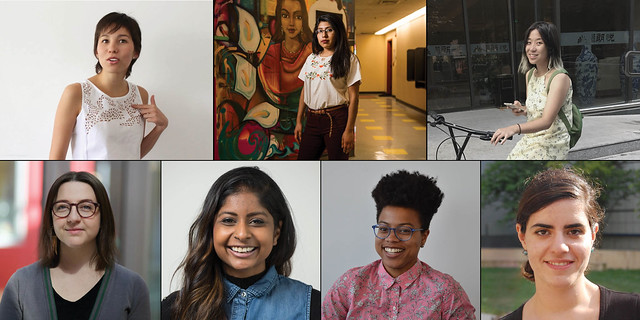 Composite image of the seven Self-Determination Narrative Fellows for Summer 2018.

Self-determination: “the process by which a person controls their own life.” — Fannie Lou Hamer

What might it mean for the planners in a community to be from and live in the place for which they plan? What if a community’s planners deeply understood the stories and narratives that shape place because they themselves were trained storytellers?

This summer, seven planners-in-training and activists will explore these questions (and many others) as the second cohort of CoLab’s Self-Determination Narratives (SDN) Fellowship. Self-Determination is central to CoLab’s work because we believe that the ongoing, reflective process of determining how people want to live their lives directly surfaces insights that can address systems failures and build a more just world. And narratives can give centrality to people and their multiple forms of “knowing” in ways that other urban planning knowledge products often don’t.

The 2018 SDN Fellows will explore stories in communities that they are connected to in order to investigate and amplify efforts at building self-determination in contexts all around the world.ummer

Below are short profiles of the newly selected Fellows. Each profile includes a story that they are interested in pursuing this summer. These story ideas are intended to give a general sense of what to expect, but (as with all storytelling) sometimes the story emerges differently than planned.

Stay tuned to CoLab Radio and CoLab’s Twitter for brief updates over the summer months and for details about the Fall 2018 presentation and panel discussion with all the Fellows. The archived stories from the 2016 SDN Fellows are also here on CoLab Radio. 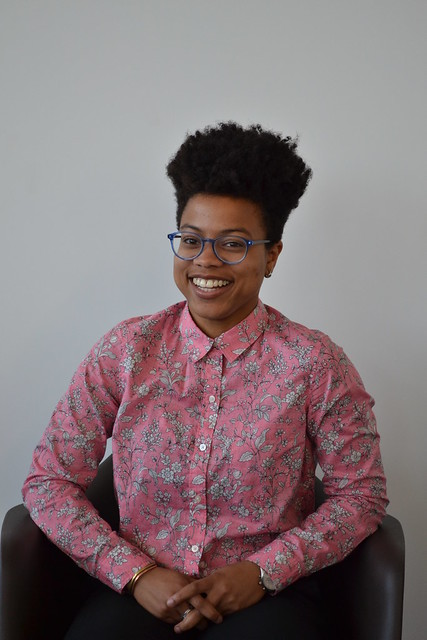 Originally from New Orleans, LA, Morgan has spent the past 3 years working as an architect in Brooklyn, NY. Now in planning, Morgan is passionate about elevating youth and local voice towards community development, with a particular emphasis on urban educational systems and policy.

Story Idea: I’m interested in investigate the places that shape us. By going back to hometown I hope to take an in depth look at the educational institutions and neighborhoods that have not only shaped me, but continue to shape many youth and the overall identity of New Orleans. What differentiates the educational landscape of New Orleans from other cities, and how do these differences reflected in individual outcomes? How are these notions part of a historical legacy of the city, and still represent the current landscape of life in New Orleans? How do these ideas then map themselves onto one’s identity and dictate access to privilege? 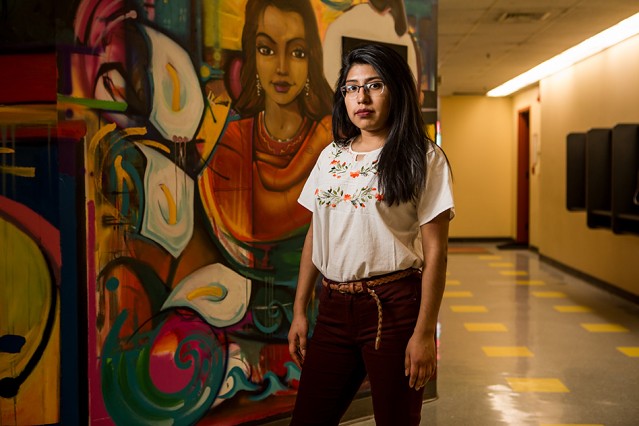 Yazmin Guzman is a dual masters and bachelors students in the Department of Urban Studies and Planning. She is originally from Wichita, Kansas. She is interested in housing and education.

Story Idea: My work will focus on historically marginalized students at MIT. In a broader sense, I am interested in how historically marginalized students occupy space at MIT. How have these students carved out spaces and created spaces that make them feel welcome? As an undergrad, I noticed that spaces dedicated to these students such as the Latino Cultural Center and Black Students Unions weren’t used to their full capacity. I wonder why these spaces are not working as they were intended. Have students found other means of creating their own culture outside of these establish institutions? As part of the fellowship, I would like to focus on a few students experiences at MIT and the physical spaces they feel safe in, this would be presented in a combination of podcast and possibly light visuals. 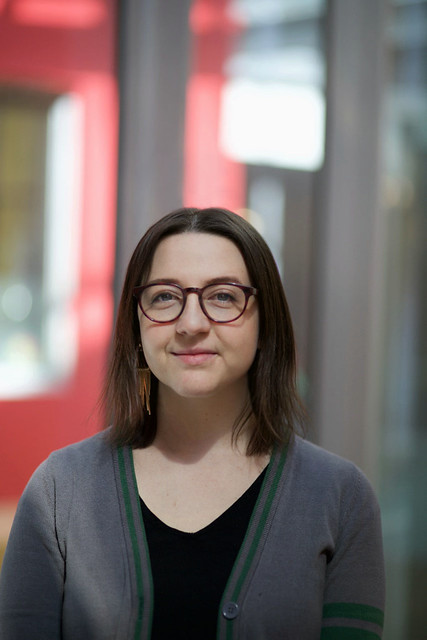 Haley Meisenholder is from California and currently attends MIT as a Masters student in the Department of Urban Studies and Planning. Haley graduated from San Francisco State University with a B.A. in Urban Studies and Planning and Political Science. After graduation, she worked in rural Eastern Oregon on an Active Transportation and Transit Plan for the City of Pendleton. She holds professional experience in pedestrian advocacy, active transportation planning, and work in homeless services. Haley is currently interested in the intersection of data analysis and narrative building within the sphere of urban planning and social services.

Story Idea: I will be producing a podcast focusing on work happening around mobility and resource access in rural Eastern Oregon. Through working in Pendleton on transportation issues, I met Darrin Umbarger, a local advocate and disability resource provider. As a wheelchair user, Darrin was often worried about running out of power while out and getting stranded. Due to this fear, Umbarger developed a wheelchair charging station and advocated for it to be installed in public facilities in Pendleton in 2016. Since 2016, charging stations have been installed in 4 cities in eastern Oregon and Oregon’s State Capitol. For this podcast, I hope to explore how this project came to be, how it expanded, and the effect Darrin’s work has had on the communities with new charging stations. 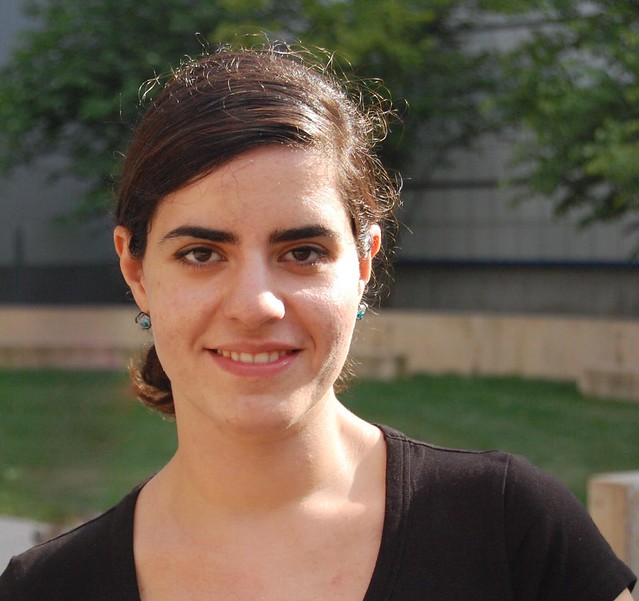 Mariel García-Montes is a graduate student at Comparative Media Studies and a research assistant at the Center for Civic Media at MIT, as well as an affiliate at the Berkman Klein Center for Internet and Society. She is a researcher and practitioner in the field of technological capacity building in civil society, especially in regard to youth and media, privacy and openness movements. She was willing to give up Mexico City food for the length of graduate school because she long admired the culture of volunteering in the United States, and she has spent her free time attending nonprofit events in Boston.

Story Idea: I admire activist networks especially in East Boston – where I volunteer as a radio show host with a brilliant 13-year-old, and where I have witnessed inspiring intergenerational collaborations across all nonprofit sectors. Through archival research and interviews with local activists, I have discovered a rich network of resident activists that have organized through wins and losses, and worked with those before them to inspire the ones who will live in East Boston after them. I wish I had known all this when I arrived at MIT, and I want to create a website that tells some of these East Boston stories to new immigrants in the area. 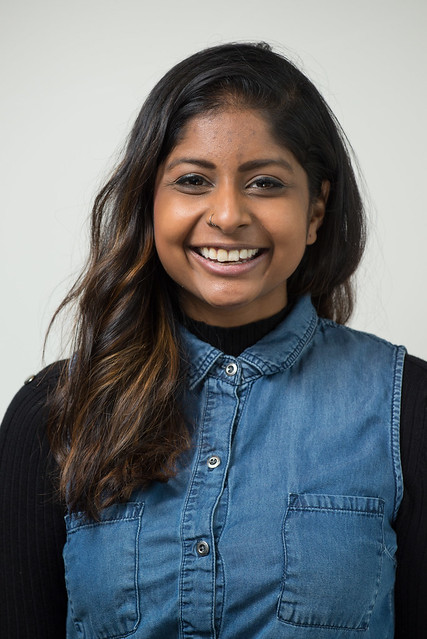 Saritha Ramakrishna is a first year Master’s student at MIT DUSP. She is originally from Phoenix, Arizona, and is interested in the way environmental hazards relate to community histories and livelihoods. She has a background in environmental policy analysis, but is interested in how storytelling, media, and public perception relate to planning processes. She also is a volunteer and writer for BRAIN Arts in the Boston area, and loves going to shows and community events centered around art, culture and music.

Story Idea: I am planning to tell the stories about organizing for climate justice in Northern Manhattan. Environmental hazards are linked to justice, race, constructs of communities and their histories. In emergency situations or extreme weather events, low income communities of color are especially vulnerable. I plan to document the work of organizers, while participating in this work myself. Specifically, organizers are working  to bringing solar and renewable energy to low-income communities, while preparing communities for storm events and extreme heat. This work follows a historical trajectory of grassroots organizing for environmental justice, for clean air, bodies and livelihoods. 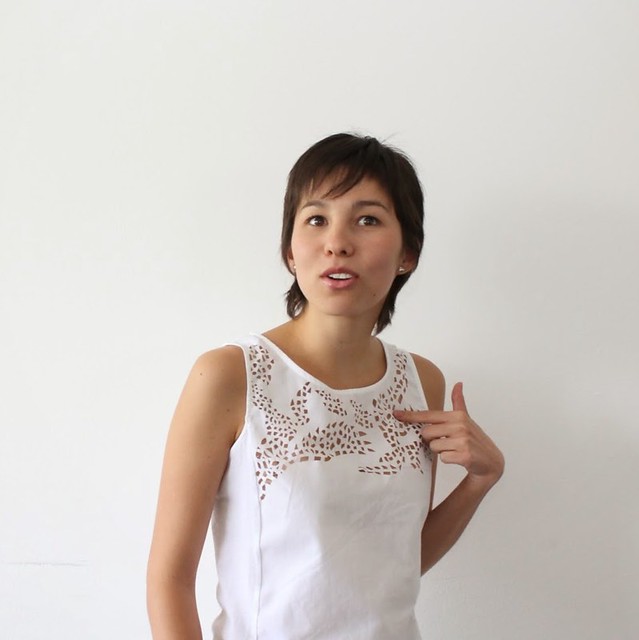 Akemi Sato is an architect and a current candidate for her Masters of City Planning from MIT. Before coming to MIT she worked in her architecture, urban design and planning studio, directing community development projects in Mexico City with a special focus on public infrastructure. She is researching post-earthquake reconstruction in rural Mexico.

Story Idea: During summer I will be working with ACT professor Azra Akšamija, in the refugee camp of Al Azraq, Jordan. This camp is a grid composed of thousands of identical temporary white cabins, located in the middle of the dessert. In this alienating context, people are finding ways to preserve their traditions, while new generations develop their identity. In an environment where refugees are perceived as a growing quantity of hundred of thousands, I want to learn about individual and family stories of self-determination, specifically through documenting the handcrafts that are being produced. What are people’s thoughts while making these objects and the quotidian interaction with their creations? 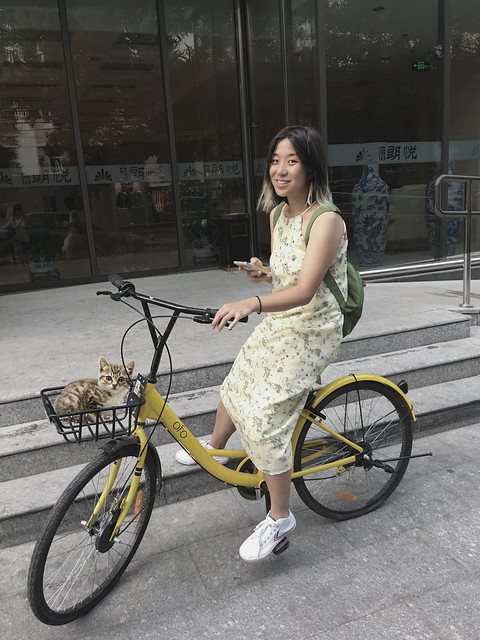 Daphne Xu is an ethnographer and photographer in DUSP’s MCP Class of 2019. Prior to MIT, she worked in Beijing. There, she helped found 地瓜社区Digua Community, started 丝瓜集团 Sponge Gourd Collective, and had a cat named 土豆 Potato. She is interested in exploring how art and design in the public domain can build people’s connection with place, sense of belonging, and agency.

Story Idea: Quanzhou, a city in Fujian Province, China, was recently granted UNESCO Heritage status. It is currently undergoing a transition from a manufacturing based economy to a tourism based economy centered around its religious diversity, folk cultures, and history as the starting point of the Maritime Silk Road. Urban planners and designers are utilizing innovative community development strategies to build local participation in this transition. Over the summer I hope to investigate the changing functions of religion and industry in Quanzhou from the perspective of local residents, as they navigate rapid urban change and become more and more versed in telling the story of their home.