Posted October 14th 2016 at 11:52 am by Veronica Vanterpool and Joan Byron
in The Bronx

Bridging A Gap on the Bronx River

When the Bronx River Greenway was first proposed in 1999, David Shuffler was a teenager living in West Farms. On breaks from school, he carried canoes from NYCHA’s Bronx River Houses to the River, where he and other members of Youth Ministries for Peace and Justice paddled out to mark the dumped cars that National Guard troops would haul out with heavy equipment.

This week David was on hand to break ground for “Starlight Park Phase 2,” a key segment in what will be an 8-mile ribbon of parkland where New Yorkers can walk, run, bike, skate – and just enjoy – a section of the Bronx River that’s been virtually inaccessible for decades. 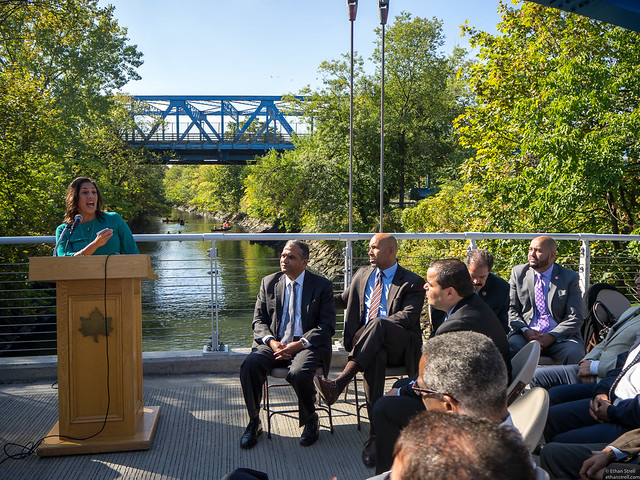 The river itself is making an astonishing comeback. As far back as the 1800s, the Bronx River was used as a domestic and industrial sewer; then it was barricaded from the surrounding communities by Robert Moses’ ill-conceived Sheridan Expressway. The Master Builder’s other works, the Cross Bronx and Bruckner Expressways, dismembered nearby neighborhoods and made it all but impossible to walk anywhere – to subways, stores, churches, schools, neighbors – while diesel fumes drove asthma rates off the charts. 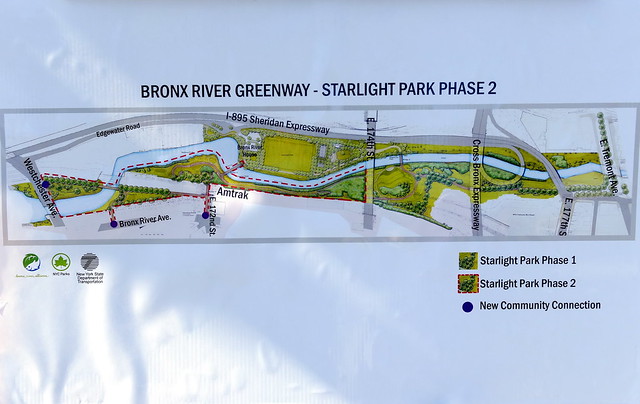 A map of the newest phase of the park. Photo Credit: Malcolm Pinckney

Generations of local activists have worked to clean up the River and green its banks. In 2001, the Bronx River Alliance formalized partnerships between scores of grassroots organizations like Youth Ministries and the NYC Parks Department into a people-powered conservancy. The Alliance drafted audacious plans, then brought those plans to life, one hard-won project at a time.

Residents marched to demand that an abandoned concrete plant be pulled from a City auction and handed over to Parks, which painted the now-iconic silos pink, and added paths, plantings, and a boat launch. Home-grown green infrastructure projects and dogged advocacy through the City’s long-term planning processes have improved water quality to a point where a fish ladder is now needed to let alewife herring migrate over the 180th Street dam. Herons, egrets, and osprey chow down while volunteers row into the estuary to check on oyster reefs. And the River’s most famous resident, Jose the Beaver, is the namesake of Congressman Serrano, who reeled in federal funds for conservation and construction projects. 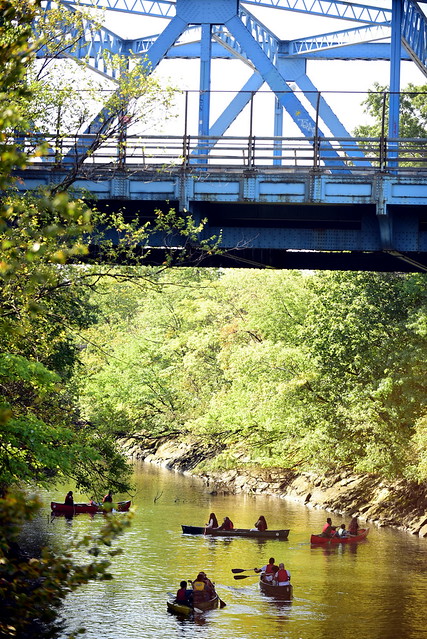 Over 1500 people now canoe the River each year. High school students and their teachers practice citizen science, uploading data to a dedicated website. Members of the original Bronx River Conservation Crew are training a new generation, and visitors from around the world, in the emerging discipline of urban river management.

Progress has been slow, and not always steady. The cleanup of a buried coal gas plant delayed Phase 1 of Starlight Park for six years. Responsibility for design and construction shuffled between agencies, costs escalated, and projects were scaled back and chopped into phases. An impasse with Amtrak, whose Northeast Corridor line cuts the River off from the neighborhoods to the east, sidetracked the quest for a key Greenway goal – connecting communities to each other, to emerging parklands, and to the River.

The Alliance persevered, patching together the money and the needed agreements to bridge the gap. Local elected officials have championed the work, and the Parks Department, first under Henry Stern, then Adrian Benepe, and now Commissioner Mitchell Silver, is committed to making the Bronx River Greenway a jewel in a parks system that fully serves all New Yorkers. 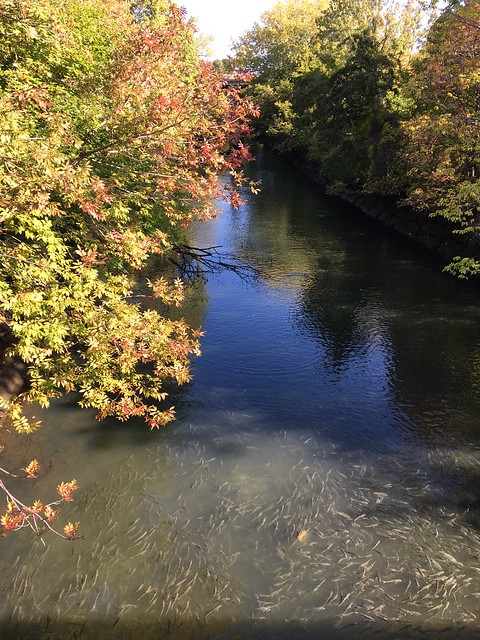 The project now breaking ground is challenging – two bridges over the River, another over Amtrak, remediation and re-naturalization of two former industrial sites – and plenty of work remains to be done. The River House, also planned for a over decade and now set to open in 2017, will anchor the Alliance’s canoeing and educational programs – but the Greenway path segments that will complete the link to the new facility are not yet funded. Other Greenway nodes, like Concrete Plant Park, still lack bathrooms – important amenities for users, and essential to stationing full-time staff on each site.

Last week’s groundbreaking marks a milestone worth celebrating, but it also points to the need to move more swiftly and surely to finish the job. Our elected leaders need to work together to find the $20 million needed to close the remaining Greenway gap. And our agencies must ensure that this vital link doesn’t fall prey to the delays that too often plague public sector construction.

“The Bronx River Greenway is a central element of our community’s vision of a socially and environmentally just future for the South Bronx; I look forward to seeing my child enjoying everything that we’ve struggled to build.”

This post was produced in collaboration with the Island Press Urban Resilience Project, with support from The Kresge Foundation and The JPB Foundation.