As white people going to a conference about racial justice, Andrew, Callie and I were honestly a little nervous about what we might experience at the Facing Race conference. This kind of narcissistic anxiety is common among white people and prevents us from getting involved in the fight for racial and economic justice and for a more supportive, loving community and society. Before the conference we discussed honestly that we weren’t sure the space was “for us”, that we were afraid of saying something offensive, and more.

The final talk at Facing Race directly addressed why white people (along with everybody else) are needed and welcomed into the fight for racial justice. Rinku Sen, President of Race Forward (the organization that put on the conference) and Publisher of Colorlines gave an incredible call for action regarding what our movement needs to progress and accomplish more. The overall message was that we work too much in silos—whether we organize for worker’s rights, indigenous rights, the criminal justice system, etc – we have to do a better job of supporting each other both literally and figuratively.

Ms. Sen pushed back against a concept widely embraced in the planning field (and beyond): that as America becomes increasingly diverse and ‘multicultural’, racism and inequity will simply melt away. She called on us to be much more conscious and deliberate about building bridges between movements. Our own Professor Phil Thompson calls for a similar effort when looking at the political constituency that elected Mayors Bill de Blasio and Marty Walsh: if progressive whites and people of color can band together over shared analysis, we have the numbers to elect candidates that stand for change. But as Ms. Sen emphasized, this new majority has to be organized.

In order to do this, we have to respect and acknowledge the racialized system that affects all of us (albeit in different ways depending on our positionality). I will resist the urge to transpose the entirety of Ms. Sen’s incredible talk because you can watch the video “The Next Fifty”. But briefly, she urged us to work to build this constituency by doing three things:

1. Acknowledge that our identities are complex. We are not one race, we are not one gender, one nationality; the sum of these labels does not equal a person. We have to acknowledge that identity does not equal destiny and work harder to understand the complexity within each person so that we can build alliances that we could easily miss by relying on categorical difference.

2. Understand that our identities are constantly changing. Each human being is constantly in flux as we grow and change. It also means that the terms we use for each other change too. Right now people of color is the political term of choice; what if there will be a new one in the future that could include white progressives for racial equality? We can change things to suit us better as we change as individuals and as a society. This idea in particular called to me because I am uncomfortable in my whiteness – I feel it does not fully describe me, that it holds me back from connecting with others on a deeper level because of what privileges it ascribes and precludes. I also recognize that my grandparents came to America at a time when Jews were not previously considered white—the term expanded to include them. A similar process is happening currently as some people of color become raced “white” because of skin tone.

3. Make friends. This is an organizing lesson: that people work together effectively when they trust and understand each other on a human level first. Friends are the people we can have deep conversations with, who help us evolve. We need to work things out in our movement with the kind of love and compassion that we do with friends and family. 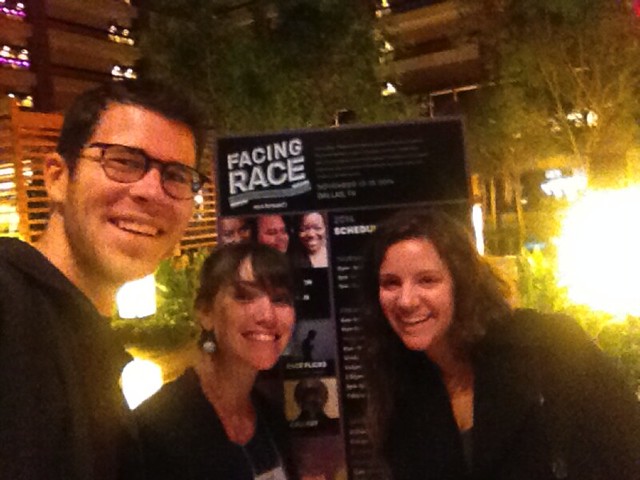 The full video from the closing plenary “The Next Fifty” is available here.