Can Participatory Action Research Support the Imagination of New Possibilities?

The following post is the third in a four-part series on the right to research at PalmasLab, a research and innovation group that is located in, and serves, the community of Conjunto Palmeiras in Fortaleza, Brazil. The first post summarizes the development of PalmasLab’s inaugural research project through a participatory action research (PAR) process with MIT CoLab. The second post discusses the implementation of a community survey to explore wealths, poverties, desires and aspirations in Conjunto Palmeiras. 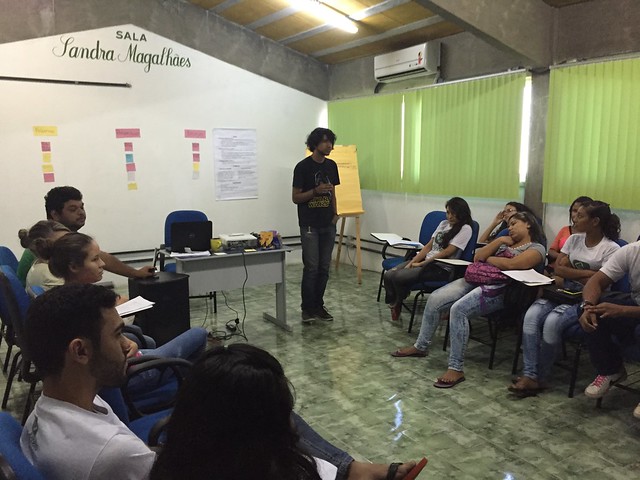 What does it take for individuals to aspire to something different, for their individual benefit and for that of their community? What allows people to recognize their ability to act as agents of change, and to bring the changes they want to see to fruition? These questions were woven throughout the first and second phase of the research process at PalmasLab. We debated, discussed and gained insight into these questions through focus groups, survey implementation, collective analysis and reflection. In this process, both PalmasLab and the youth researchers they worked with, (referred to as consultores), were clear that exercising agency for change requires a capacity to break out of negative, binding stereotypes about the community and the periphery, think critically about the causes of the issues they face, and think beyond simple solutions.

For example, in reflecting on his goals for the future of the project, PalmasLab team member Luiz spoke about the potential of research to deepen understandings about issues such as crime and violence, in a way that would allow people to eschew mainstream narratives and consider structural causes. He explained, “I don’t know if it [the research] is able to change people in this way, people have their own ideas. But at least maybe it will show them that it’s wrong, that there is a reason why this is happening, that it is not just that every adolescent that steals isn’t worth anything; that he has to die; that the police have to beat him; that he has to learn.” He continued, “They aren’t able to see that this is repeating itself a lot, this is a pattern, this is always happening with adolescents in the city, and why? Why is this happening? What is the root of the problem? They want immediate solutions, I do too of course, but solutions that don’t mistreat people… You have to get to the root of the problem and change it.” 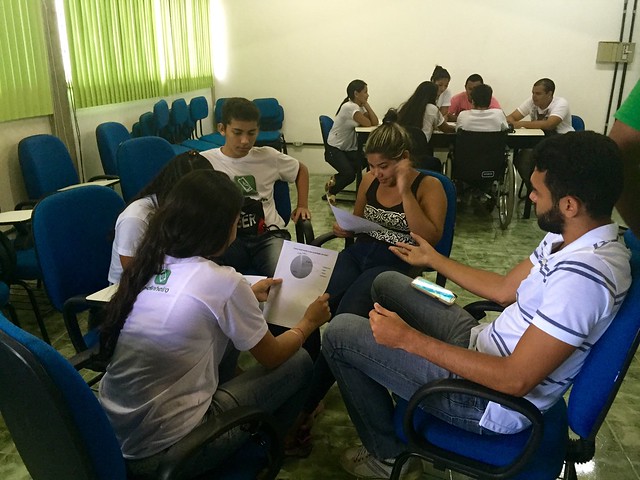 In addition to breaking down mainstream discourse about social issues in the urban periphery, the team also wanted to use the research to challenge hegemonic thinking on economic issues. From the beginning of the process, the team was interested in de-constructing and problematizing the notion of poverty. Through the research they hoped to present a multi-dimensional picture of wealth and poverty in Conjunto Palmeiras. In doing so they aimed to uplift and make known the community’s immaterial wealths among residents and outsiders alike.

As PalmasLab team member Mateus remarked, “It would be a dream, almost impossible, if this project turned into a milestone [and] that everybody would stop just thinking about the economic, and start thinking about the social, that we would stop growing up asking for money, money, money, money without caring about inclusion within the community at large. It is very difficult for this to happen. But it doesn’t cost us a thing to think that it can.” Mateus followed by sharing his desire to see shifts in thinking and practice that could result in much needed tangible benefits for the community. “The government could look here with different eyes, not just as a violent periphery where everyone is on drugs…they could look here to see what good we have… they could bring leisure, better structure in the schools, [and see] that we could benefit from public policies.”

The team’s motivation to de-construct conventional understandings of poverty with the research, was also underpinned by their belief that alternative models and concepts of economic production are possible, and that communities like Conjunto Palmeiras can be the architects of these.

As Erberson explained, “One thing I would really like to see happen is that, as the traditional economic model has its definitions of wealth, poverty, things like that, we could do the same, do research, make a theory in our own areas and articulate our own meanings, our own dictionary. Because I find it very difficult that we want to leave the scope of the traditional economy, but that we only have as reference what they say is true, you know? So I think we could take it from here and say, lets define what poverty is for people of the solidarity economy, let’s define what wealth is, what is desire, what are aspirations? I wish very much for that to happen. That we create not only a questionnaire but also…our own identity, you know?” 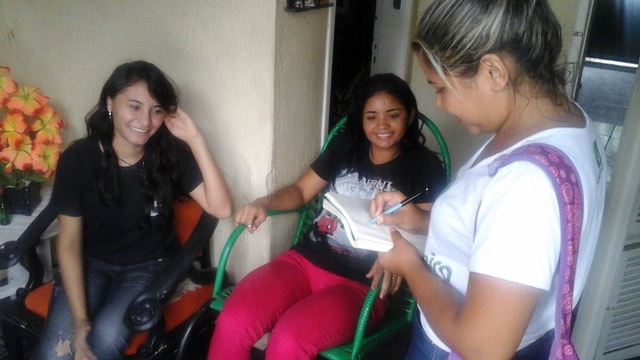 The priorities for action defined by the consultores – including reaching people in their homes, providing a space to be heard, disseminating information, teaching community history – and the aspirations articulated by PalmasLab above, show that the collaborative research process provided a medium for thinking beyond past and present circumstances to collectively imagine future change. While the team aims to create positive impact in their community with their research results, the insights, ideas and goals that were generated through the research process already serve as a strong denouncement of the status quo.