#Citychat: How can infrastructure contribute to community resilience & wealth?

On Tuesday May 31st at 3 p.m. Eastern Time, MIT CoLab (@MITCoLab) and Emerald Cities Collaborative (@EmeraldCities) will co-host a Twitter chat (#citychat) on the importance of infrastructure in community resilience and in building community wealth. This conversation is the final one in a series of four co-hosted Twitter chats broadly addressing equity, economy and climate resilience in low-income communities of color. 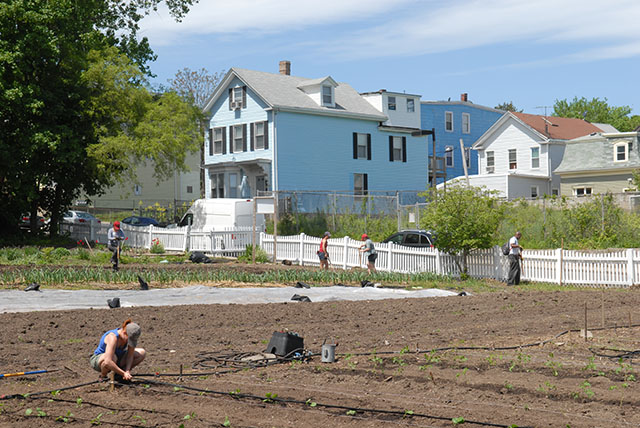 They are all examples of sound, sustainable, energy efficient infrastructure that contribute to a community’s ability to be climate resilient in the face of extreme weather events. Specifically, these systems make neighborhoods less reliant on centralized or remote utilities and vendors, both at times of power outages and on a daily basis.

In “Lessons from Where the Lights Stayed On During Sandy,” Forbes contributing writer William Pentland lauds the foresight of the managers of Co-Op City in the Bronx – “the largest residential development in the United States” with more than 14,000 apartment units, 35 high-rise buildings, seven clusters of townhouses, schools and shopping centers – for installing a 40-megawatt combine heat and power (CHP) plant.

Pentland’s article quotes management company principal Herb Freedman as saying CHP not only saves money by producing the development’s own electricity “and capturing the waste heat to provide our residents with hot water and space cooling,” it also provides residents “the added benefit of independence from the power grid.”

While The Value of Green Infrastructure For Urban Climate Adaptation, a report by the Center for Clean Air Policy, notes that “Green technologies and infrastructure solutions are often implemented with a single goal in mind, such as managing storm-water or reducing local ambient heat,” an equally important and valuable benefit is the ability of resilient infrastructure to build community wealth and even facilitate inclusion of marginalized populations in critical decisions. Resilient infrastructure does this not only by creating jobs for local residents, but also by producing community income.

Red-state Nebraska provides a particularly striking example. In an article in Yes! Magazine, Thomas M. Hanna says it’s the only U.S. state where publicly-owned utilities provide electricity to all 1.8 million residents, who enjoy one of the nation’s lowest electricity rates. In addition, the revenues are “reinvested in infrastructure to ensure reliable and cheap service for years to come,” with some $30 million a year going to support statewide social services, including public education.

Please join our May 31st #citychat to dig deeper into the ways resilient infrastructure (clean energy, CHP, locally-owned energy and other infrastructure projects), supportive policies and partnerships are contributing to community wealth as well as to climate resilience. We look forward to your thoughts on the following questions:

Join us to discuss these questions and share your ideas and experiences related to the role of infrastructure in building community climate resilience and community wealth.