Join us for #citychat on Friday September 5th, 11am EST (10am COT, Colombian time) 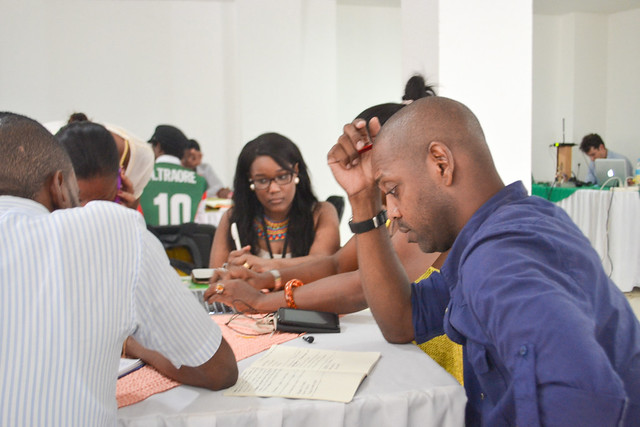 Although “race” is a socially constructed idea, a strong relationship nonetheless exists between “race,” lived social identity, social relationships and life chances. Race deeply affects individuals and society at large. This is not a uniquely American phenomenon. From South Africa, to the US, to Colombia, there is a long history of racial assignment in many parts of the world. Too often, “race” functions not as a means to political empowerment, but rather as a social identifier that serves to target select groups for discrimination. The extent and the reasons for this, vary from geography to geography. But because race is profoundly embedded in so many contexts; it isn’t going away. What potential then, might it hold?

This is a question that was and continues to be explored by the participants, 64 Afro-Colombian leaders from the Pacific region, of our Community Innovation School hosted in partnership with Manos Visibles in August. One important emerging idea is that ethnic identity–which in the Pacific and elsewhere, is certainly connected to race but isn’t entirely the same thing–could be leveraged as an asset for building community power and change. We propose that resources associated with self-constructed ethnic identity as opposed to socially and historically imposed racial assignment are essential to well-being and health.

In this month’s #citychat we’ll be digging deeper into this idea. You are invited to join the conversation and share your thoughts on a number of questions, including:

In order to better facilitate the global sharing of ideas we will be piloting a #citychat model where we support tweeting in two languages, english and spanish. As such, the chat will be co-hosted by @MITCoLab and @InnovacionC, the twitter handle for the Innovation school in the Pacific.