Climate Adaptation as a Merit Good? 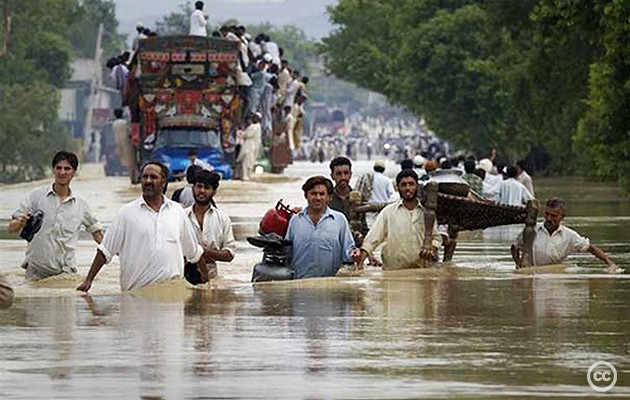 The previous post in this series concluded that climate adaptation could be thought of as a merit good. Thinking about climate adaptation as a merit good raises questions about financing various adaptation options. Should a broader population than the one directly affected be forced to help finance the costs of climate adaptation? One positive feature of public finance is that it is capable of spreading out costs over broad population groups. However, in the case of urban climate adaptation, the benefits of climate adaptation are likely to be enjoyed only by those individuals residing in vulnerable areas of the metropolitan city. Yet, in the absence of adaptive capacity, particularly financial resources, climate change is likely to generate negative effects such as population displacement, vector-borne diseases, and flooding that spills over to other areas. At the scale of the national economy, as rapid urbanization proceeds in developing countries, a greater portion of a country’s gross domestic product (GDP) is generated from urban-based activities. Therefore, in the absence of adaptation, climate change threatens GDP growth, a development objective that spans metropolitan boundaries.

A current snapshot of subnational revenues in developing countries suggests that hard adaptation options like heavy infrastructure investment will have to be paid for by populations beyond the metropolitan area. Local governments in most developing countries have not been assigned adequate taxes to meet rapidly elevating demand for public expenditures. For example, in India, revenues from local taxes total less than 0.5% of GDP while 66% of public expenditures are subnational. Where cities are extremely vulnerable to climate change — such as in coastal or drought prone areas — the revenue-expenditure mismatch is bound to worsen. Consequently cities, especially those in developing countries, will be dependent on transfers from higher levels of government.

Research in India by myself and a colleague at MIT suggests that dependence on transfers potentially limits comprehensive adaptation planning at the local level. The problem stems from a few issues. First, fiscal transfers are rarely enough to meet rapidly rising demand for local services. In the case of India, state governments have not fully compensated local governments for the loss of tax revenues from previous reforms that made the local tax system more efficient but less productive. Second, many of the fiscal transfers to local governments come with strings attached. Rather than being able to incorporate these funding streams into a more comprehensive system of planning that promotes climate adaptation priorities across government departments, city governments have to creatively pair these temporary, programmatic funding streams with existing local sources of revenue. The result is that rather than supporting the mainstreaming of climate priorities across the different categories of municipal operations, adaptive measures are rolled out on a project-by-project basis.

While climate change is bound to affect the fiscal relationship between national governments and metropolitan cities, there are also implications for the stability of local revenue systems. According to the IPCC, vulnerability to climate change can be thought of in terms of “the propensity or predisposition to be adversely affected, including sensitivity or susceptibility to harm and lack of capacity to cope and adapt.” Should we be concerned about the vulnerability of a metropolitan city’s tax base to climate change impacts? Take for example, migratory pressures on the urban system; though still in the early stages some research suggests that climate change spurs rural to urban migration. Any change in a region’s population base forces adjustments to the scale and composition of public services. Net gains in the population base from migration are often stressors on the tax base because the share of young, old, poor, frail, and un- or under-employed expand demand for general public services for which fiscal transfers are often unavailable all the while contributing little, in nominal terms, to tax revenues.

What will happen when the public becomes more aware of the regional risks associated with climate change and begins to incorporate these details into their decisions about where to locate, how much to pay in taxes, and their level of trust in the capacity of government officials to work on their behalf?