Co-Housing in Boston: Exploring pathways out of the housing crisis

What strategies exist to survive and thrive outside speculative housing markets? This is the beginning of a series about how alternative living arrangements, housing, and social struggle are intertwined. Follow along as I explore collective housing experiences and stories in the city of Boston.

Collective housing emerged in the U.S. as one strategy to protect housing for the working class during a rapidly expanding industrial economy. This partnership between organized labor and housing advocates yielded many important housing policy victories. Unfortunately, in recent decades these gains have steadily eroded in relation to labor unions’ declining political power (Botein 2007).

However, strategies of collective housing continue to sprout up in places where “affordable” housing, or more fundamentally the right to a safe home, is increasingly precarious. Boston is one such place. After San Francisco and New York City, Boston consistently ranks as one of the most unaffordable and economically polarized cities in America. If Mayor Marty Walsh’s recent outline for a citywide housing plan is any indication, housing seems to be an increasingly visible political issue. 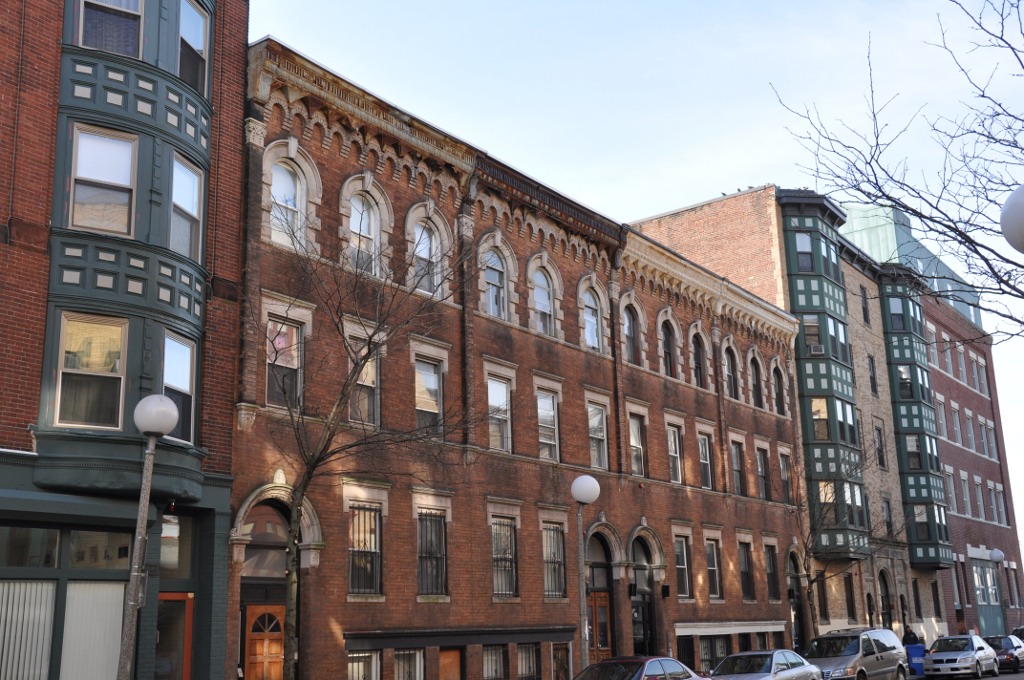 How are Boston residents responding to this “permanent crisis” of housing? What strategies exist to survive and thrive outside speculative housing markets? By looking at some of the alternative living arrangements and communities peppered throughout Boston, I want to challenge conventional ideas about housing and explore experimental organizational forms. Most importantly, I want to raise and address fundamental questions about how housing and social struggle are intertwined by connecting the history of housing in this country with stories of people who have chosen alternative paths today.

My interest has been driven by personal experience. I moved to Boston three years ago to work as a community organizer and put into practice what my undergraduate sociology professors taught me. I knew the work would be hard, so I sought out a volunteer corps structure that would train and support me. A key part of this support was housing, or more specifically “intentional community.” I was accepted to an Episcopal Service Corps program in which I lived with several other young adults in an old, regal mansion owned by the Diocese. We worked at different nonprofits and churches and for a few hours each week shared community meals and reflective practices – regular emotional check-ins. This piece of the program turned out to be a pillar of support during my time as an organizer.

Since my first days of community living I have developed a wide network of friends and activists in Boston who have expressed similar gratitude. Many are dedicated to pursuing this kind of living. Now, as an urban planning graduate student, I want to further explore this rich mosaic of collective housing arrangements and experiences.

In partnership with MIT’s Community Innovators Lab and through interviews, photo essays, spatial analysis, and other research tools, I will investigate questions and topics that include:

Stay tuned for the first story in the series later this month.

One response to “Co-Housing in Boston: Exploring pathways out of the housing crisis”