Here There Be Dragons – Attentats (Attacks)

Here There Be Dragons (HTBD), a podcast about fear, identity and the cities we live in, now has it’s own website!: http://www.htbdpodcast.com/. Original content from the official HTBD website will be cross-posted here, on CoLab Radio, for Season 2: Paris. 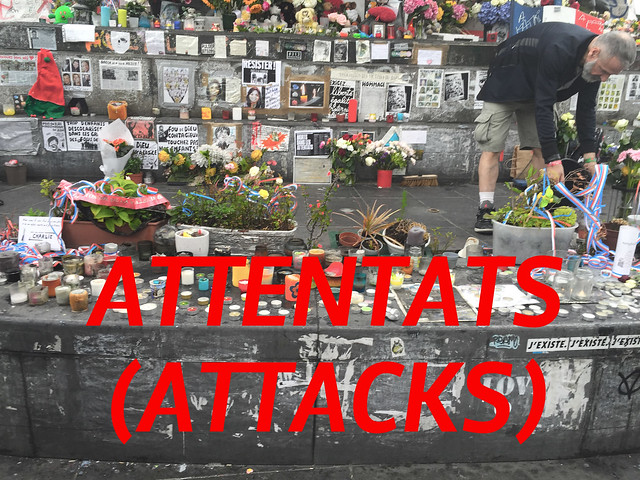 Welcome back! This is the first episode of Here There Be Dragons season 2. This season we’re listening to Parisians tell their stories of fear and identity in the city of lights.

You might remember the horrifying news we’ve heard from Paris as terrorist attacks rocked the city. Three attacks in the past two years. The one on November 13th 2015 left 130 people dead and 413 injured. These attacks lead to increased media attention and speculation about whether France’s capital was safe, what to do from there and who to blame.

In this episode we’ll hear Parisians talking about how the attacks affected them and how they see their safety in the city in their wake.