Posted September 30th 2014 at 7:49 am by Piotr Rajchert
in Tracing Toronto's Immigrant Cultures

How Through Stories I Started to Belong 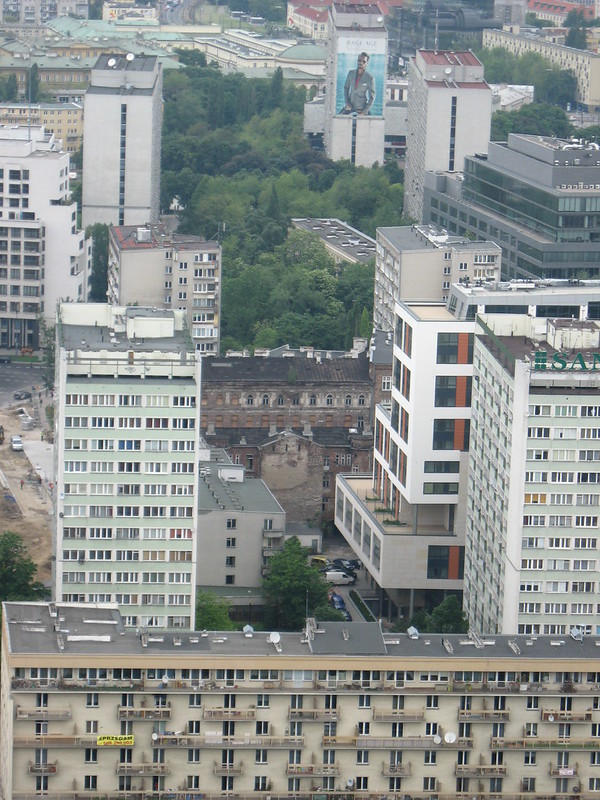 Among the apartment blocks of Warsaw’s Śródmieście, many people still remember the tragic events of World War II

Through my adolescence and into my early twenties I belonged to nowhere. I was an immigrant from Warsaw, Poland and had arrived in the Toronto area of Ontario, Canada with my parents when I was 9 ½ years old. I assimilated to Canadian life quickly, but never completely. I always stood out. I spoke with a thick middle European accent and never felt at home in Toronto or the suburbs where we actually resided.

On the occasions when I returned to Warsaw on summer vacations I was always Canadian. I had left Poland at a young enough age not to have grown up and absorbed my native city. People looked at me and saw a tourist from out of the country.

It was on a visit to Warsaw in 2001 that my relationship to the city started to change. For a reason I cannot explain I began to absorb my Varsovian grandmothers’ stories and found them fascinating. I learned about the poverty that they confronted in a Warsaw that the Germans had blown to smithereens during World War II.

After the war’s end in 1945, my grandmother Fila, collected whole undamaged bricks from thousands of tons of rubble so that they could be used in the rebuilding of Warsaw, an effort that every able-bodied resident of the city was involved in. From Grandma Hela I discovered that the concrete apartment block where she has lived since the 1970s stands in what was once the Jewish Ghetto. Even today in the 21st century one can glimpse amongst the glamorous glass towers in her neighborhood ghostly buildings near which during the Second World War people murdered people, simply because of who they were.

By listening to my grandmothers’ stories, I developed a more intimate relationship with Warsaw. The stories became my own but they did not diminish my relationship with Toronto and its environs. In fact, since 2001 my attachment to the region has deepened immensely. The stories from Warsaw brought out my inner curiosity about the area where I have spent the majority of my life. On Sheppard Avenue in Toronto’s North York, for example, I spotted and began to admire Zion Church, a place of faith for the Methodists who settled in the region about 140 years ago. The now former church stands out amongst the gas stations, apartment buildings and townhouses that occupy this neighborhood. In Streetsville – a village in suburban Mississauga – the hill at the back of the cemetery where American Loyalist and village founder Timothy Street lies buried, became for me a place where I could reflect, write and enjoy the breeze blowing in from the nearby Credit River. And as an immigrant I realized that I had something in common with the waves of immigrants who had come to North York, Streetsville and other areas of Canada decades and even centuries before me – a desire to get something out of life that we could not find in our native lands.