Posted January 12th 2017 at 9:00 am by Lawrence Barriner II
in Media for Movement Building

Today was the moment of truth: interview day! Class was scattered as each of the four groups did their interviews. Marie & Lawrence held down home base at ZUMIX and groups were in and out as they either prepared for their interviews or dropped off their audio. 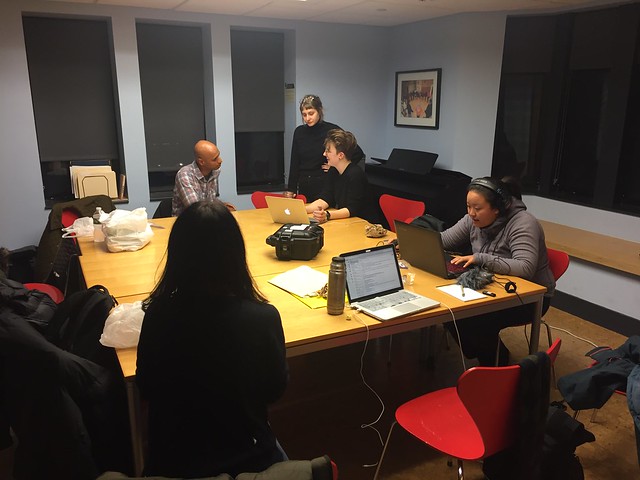 Following Marie’s guidance, each group interviewed their interviewee in a place that was comfortable and familiar for the interviewee. As groups finished their interviews and came by ZUMIX to drop off their gear, Marie helped get their audio files transcribed with an awesome tool called Pop Up Archive. Lawrence helped one group, whose interview is in Spanish, use a different service: GMR Transcription. 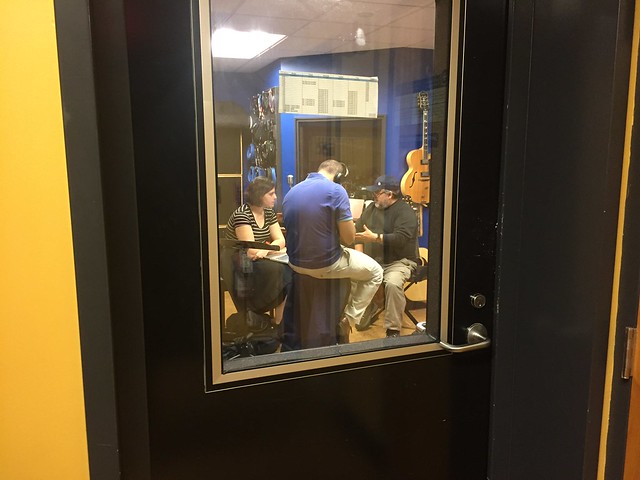 As groups came in and out, emotions were high. Nervousness and excitement were consistent across all four teams. When all was said and done, the day ended on a high note. It seemed like most groups had a great interview experience.

All photos by Lawrence Barriner II.